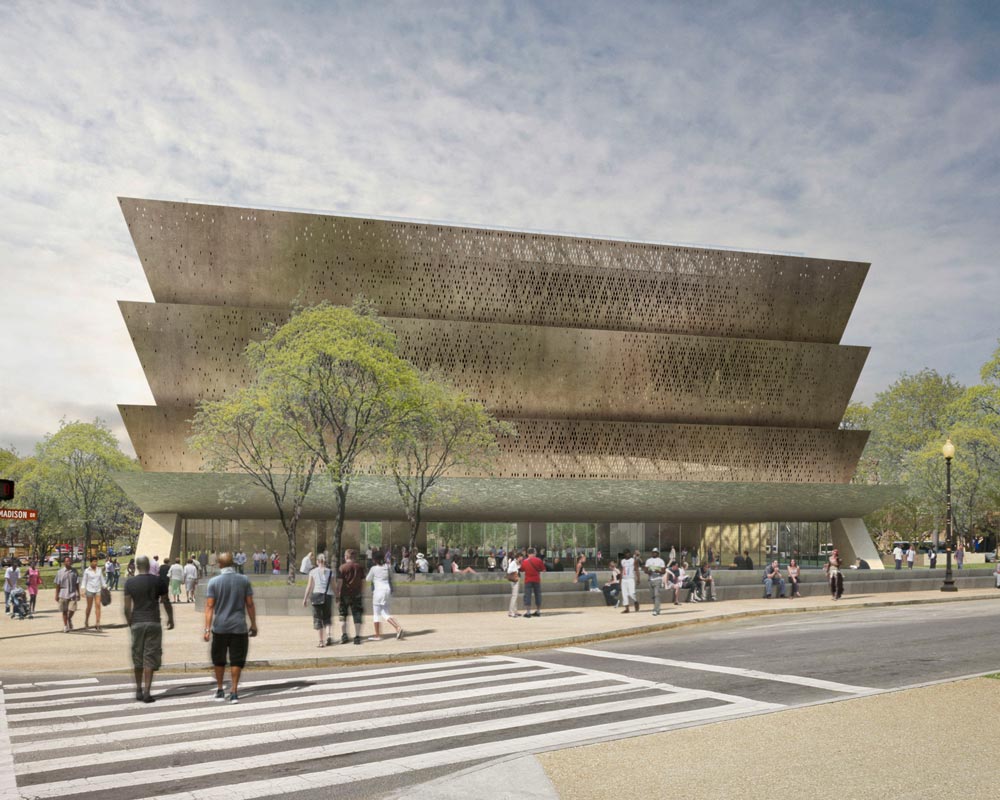 Some mixture of encyclopaedic curiosity, revolutionary zeal and noblesse oblige gave rise to public museums in the 18th century. The first of this kind, the British Museum, opened in 1759 with free entry to “all studious and curious persons.” The Revolutionary government of France flung open the doors to the royal collections of the Louvre in 1793. Despite gratifying, entertaining and educating the populace for centuries, museums still grapple with how to achieve inclusivity.

This abiding concern dominated the “Future of the Museum” panel discussion—the concluding event in David Adjaye’s 2016 McDermott Award residency at MIT. On this occasion, Adjaye was joined by Thelma Golden, Director and Chief Curator, Studio Museum in Harlem; Jill Medvedow, Ellen Matilda Poss Director, Institute of Contemporary Art, Boston; Charles Renfro, Partner, Diller Scofidio + Renfro; and artist Lorna Simpson. As several of these experts pointed out, the very notion of who the public is and how access is granted has shifted over time. Not to mention, the construction of new museums often portends gentrification, which risks displacing the people that museums intend to serve. Adjaye explained how the palace model of the Louvre gave way to a kind of “hyperpalace” in the 20th century, but now spectacle may not solve our social ills:

“Our practice is no longer about wonder and spectacle, but about talking about issues facing the society that we live in…. The wunderkammer, the box of wonder, which was traditionally made in the palace, belonged to a community that was completely hierarchically stratified and elite; it was intended to inspire the lower class to aspire to more, to create a civic-minded flattening of information…. That has happened, and there’s a broader flattening of information and a deeper kind of interaction that’s now the real agenda for me in the 21st century.”

Several of the museums discussed throughout the evening emerged as models of inclusivity—most notably, the Studio Museum in Harlem, the Smithsonian National Museum of African American History and Culture in Washington, DC, the Broad in Los Angeles, the Museum of Image and Sound in Rio de Janeiro and the Institute of Contemporary Art in Boston.

In 1968 the Studio Museum in Harlem was founded to question “whether museums could and would ever change to embrace the work of black artists” and to assert “the power of the work of black artists,” according to Golden. She explained how the museum’s new building, which Adjaye is designing, brings together the quintessential experiences of Harlem: the street, the stage, the sanctuary and the stoop. The street life of Harlem is how the community understands itself; its performing arts heritage, the stage, is how those outside Harlem know its culture; the sanctuary refers to the private world; and the stoop, to the intimate bonds between friends and neighbors.

Adjaye describes the building as “testimony” to the museum’s engagement with Harlem’s public. With his design for the Studio Museum, he recognizes “the artist as a living resource in constant dialogue with the institution.” Studio spaces and education spaces within the museum allow for this interaction between artists and curators and the public.

Simpson raised the point that diversity is generally discussed with regards to the museum audience, but there is also a need for more diversity among museum staff. She lauded Golden’s efforts to counter this homogeneity: “The mandate of the Studio Museum that has been amazing to watch is not only the development of the artists and their works, but also the development of the careers of young curators who get this opportunity straight out of graduate school.”

Another of Adjaye’s projects, the National Museum of African American History and Culture on the National Mall in Washington, DC, which opens in September 2016, redresses an imbalance in the standard narrative of US history. Part of its mission is to be “a place where all Americans can learn about the richness and diversity of the African American experience, what it means to their lives and how it helped us shape this nation,” and also to be a place that “transcends the boundaries of race and culture that divide us.” Located within the orbit of nine national monuments—including the memorials to Lincoln, Jefferson, Washington and Martin Luther King, Jr.—Adjaye suggests that the building itself acts as a “lens” through which to contemplate the stories about the African contribution to America. Windows frame these key sites, so visitors can reflect on the whole of the American experience. The cultural artifacts within the museum—such as Thomas Mundy Peterson’s voting ballot from 1870 (the first ballot cast by an African American), fragments of a slave ship and a segregated Pullman train car—amplify the stories.

Renfro emphasized how museums can function as social condensers, replicating the “human friction” you experience on an urban street. Within museums’ walls, you hopefully have a cross-section of the population rubbing shoulders, which creates a favorable environment for interaction and exchange of ideas. He asked, “How can we take the haves and have knots and bring down the museum, so it’s not a barrier?” He highlighted how several of Diller, Scofidio + Renfro’s projects, such as the Broad Museum, the Museum of Image and Sound and the Institute of Contemporary Art, address this problem. Citing the Broad’s free admission policy as a step toward more diversity, he said, “Since its opening [September 2015], there have been 6,000 visitors, and the lines go around the block. 60% of the people claim to be nonwhite. The median income is $20,000 less than the median income in other museums… and 75% of the people say they really have not been exposed to contemporary art.”

The Museum of Image and Sound, devoted to the work of Brazilian artists, brings a similarly democratic spirit to Rio de Janeiro. Just blocks away from Copacabana beach, the building features a stunning rooftop that Renfro describes as its most important feature: “We made it so you can walk up the building all the way to a roof, free of charge, without a ticket…. Then there’s a green space at the top. No one can get to a rooftop on Copacabana beach unless you’re a member of a private club, so this is about democracy.”

Boston’s ICA also features sensational waterfront public spaces. Prior to its construction, Medvedow pointed out, waterfront access was the preserve of the wealthy who owned apartments overlooking Boston Harbor. When working with Diller Scofidio + Renfro to build the ICA, she prioritized making a place “that would be loved by many different kinds of people and many generations of people… a place of belonging in a city that never had a place for contemporary art.” She spoke of her desire to include people of all generations in the programming at the ICA, to give young people a voice among the museum’s board and to stimulate cross-generational and cross-cultural discourse. Medvedow acknowledged the troubling fact that gentrification accompanies so much museum construction; on the other hand, she pointed out, the educational opportunities that museums provide to wide swaths of a community may offset any such negative impact.

Today, merely unlocking the palace doors in order to share the treasures of the elite is fraught with classism. Museums are well beyond those early strides toward serving the public. The work ahead, as these panelists so thoughtfully suggested, involves reevaluating which artifacts to include, whose histories to tell, who curates, who sits on the boards and how to counteract the unintended negative effects of gentrification. This prescription may bring about museums that embrace all of us, and perhaps, reignite our sense of wonder, as we encounter vital additions to the canon of human history.