Unpublished correspondence between women writers to be highlighted in the exhibition. Photo: Lerna Ekmekçioğlu. 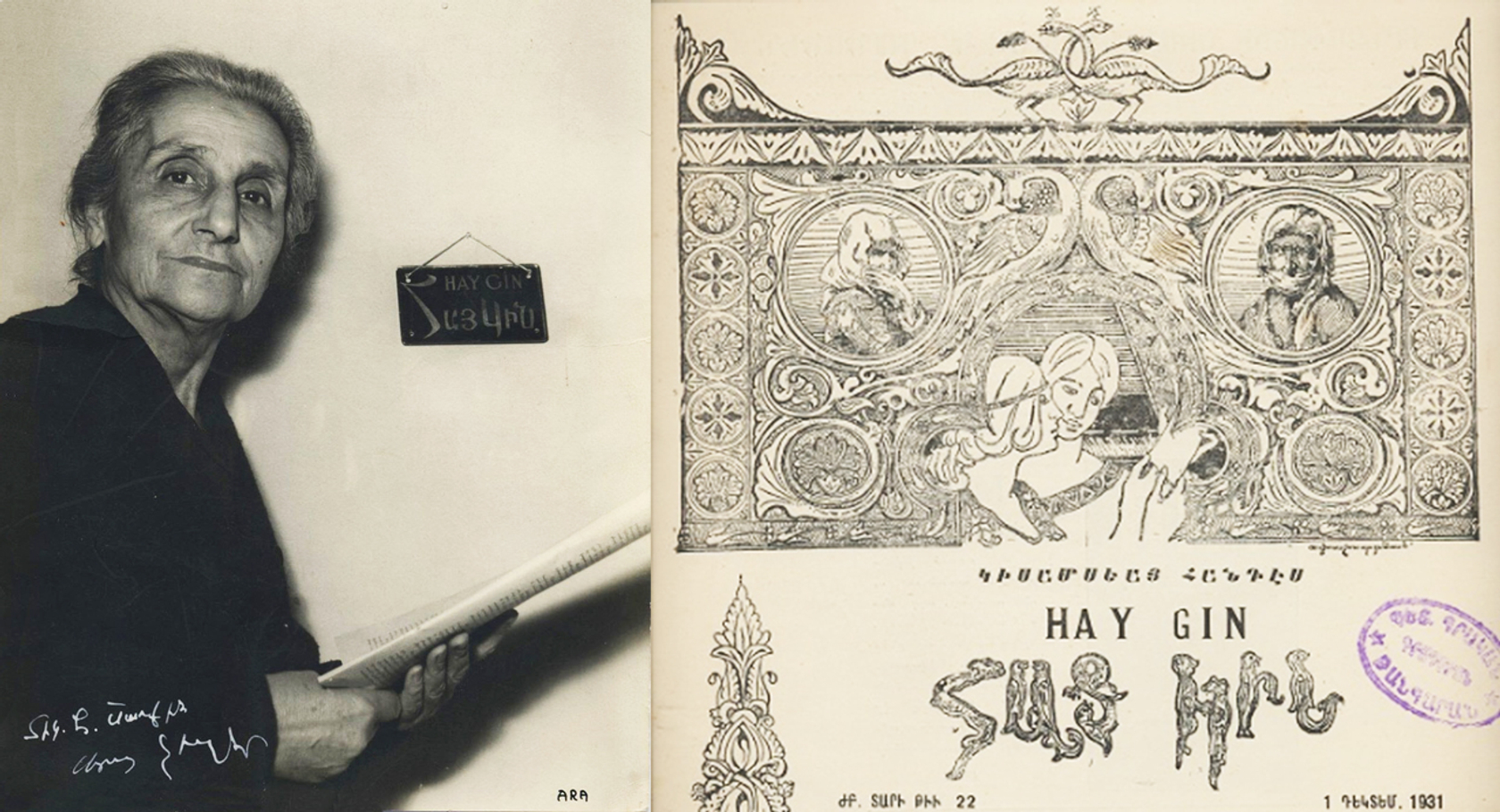 Hayganush Mark, along with her comrades at her journal Hay Gin (Armenian women), advocated women's emancipation. As a CAST Mellon Faculty Fellow, McMillan-Stewart Associate Professor of History Lerna Ekmekçioğlu is creating a virtual exhibition and digital archive, “Twelve Faces of Armenian Feminism, 1860s to 1960s.” The project, based on research conducted by Ekmekçioğlu and Dr. Melissa Bilal (Visiting Scholar at MIT 2017–18), highlights 12 pioneering Armenian women writers and activists who produced work from the 1860s to 1960s.

Ekmekçioğlu explains, “This is a project of recovery and reclamation. We focus on 12 unsung change-makers—all feminists—in order to restore them to their proper places in history and popular consciousness. These Armenian writers, educators, translators, journalists, editors, and revolutionaries produced discourses and initiated practices that challenged the gendered norms of their times… Their feminism and national consciousness always remained entangled and mutually enforcing. ”

The project involves an interactive, multimedia exhibition that showcases a sample of the women’s published and unpublished work, letters, pictures, postcards, and various memorabilia, which Bilal and Ekmekçioğlu unearthed in archives around the world. The online exhibition includes video installations of oral history interviews with some of the women’s descendants and animations of their life stories as well as performances of the women’s poetry set to music and dramatic readings of selected texts.

The virtual exhibition will awaken the histories denied from school textbooks and popular national memory while inspiring viewers to rediscover voices reclaimed through the new wave of feminism in the Armenian homeland and diaspora.

Lerna Ekmekçioğlu is a historian of the modern Middle East and an affiliate of the MIT Program in Women’s and Gender Studies (WGS) as well as the MIT Center for International Studies. She specializes in 19th- and 20th-century Turkey and Armenia, with a focus on minority-majority relationships and the ways in which gendered analytical lenses help us better understand coexistence and conflict.

Ekmekçioğlu reclaims an Armenian feminist past, not just for the sake of “restorative justice” to the feminists of the last century, but also in order to produce “usable pasts” from which contemporary feminists can derive inspiration.

Published in 2006, Ekmekçioğlu’s first book is a co-edited volume in Turkish titled Bir Adalet Feryadı: Osmanlı’dan Cumhuriyet’e Beş Ermeni Feminist Yazar (1862–1933) [A Cry for Justice: Five Armenian Feminist Writers from the Ottoman Empire to the Turkish Republic (1862–1933)]. Her first monograph, Recovering Armenia: The Limits of Belonging in Post-Genocide Turkey (2016), offers the first in-depth study of the aftermath of the 1915 Armenian Genocide and the Armenians who remained in Turkey.

Dr. Ekmekçioğlu is currently collaborating with Dr. Melissa Bilal (UCLA) for an anthology of Western Armenian feminism focusing on 12 Istanbul-born feminists who were active in various parts of the world from the 1860s to 1960s. The accompanying digital humanities component includes a documentary website that archives the feminists’ published and unpublished work. More at the artist’s website: Lerna Ekmekçioğlu

Hetq.am: Confronting Challenges: To Be an Armenian Feminist in Turkey (English)

Mirror-Spectator: Historians in Action: How and Why We Reclaim an Armenian Feminist Past

Society for Armenian Studies: Winner of SAS Prizes for 2017