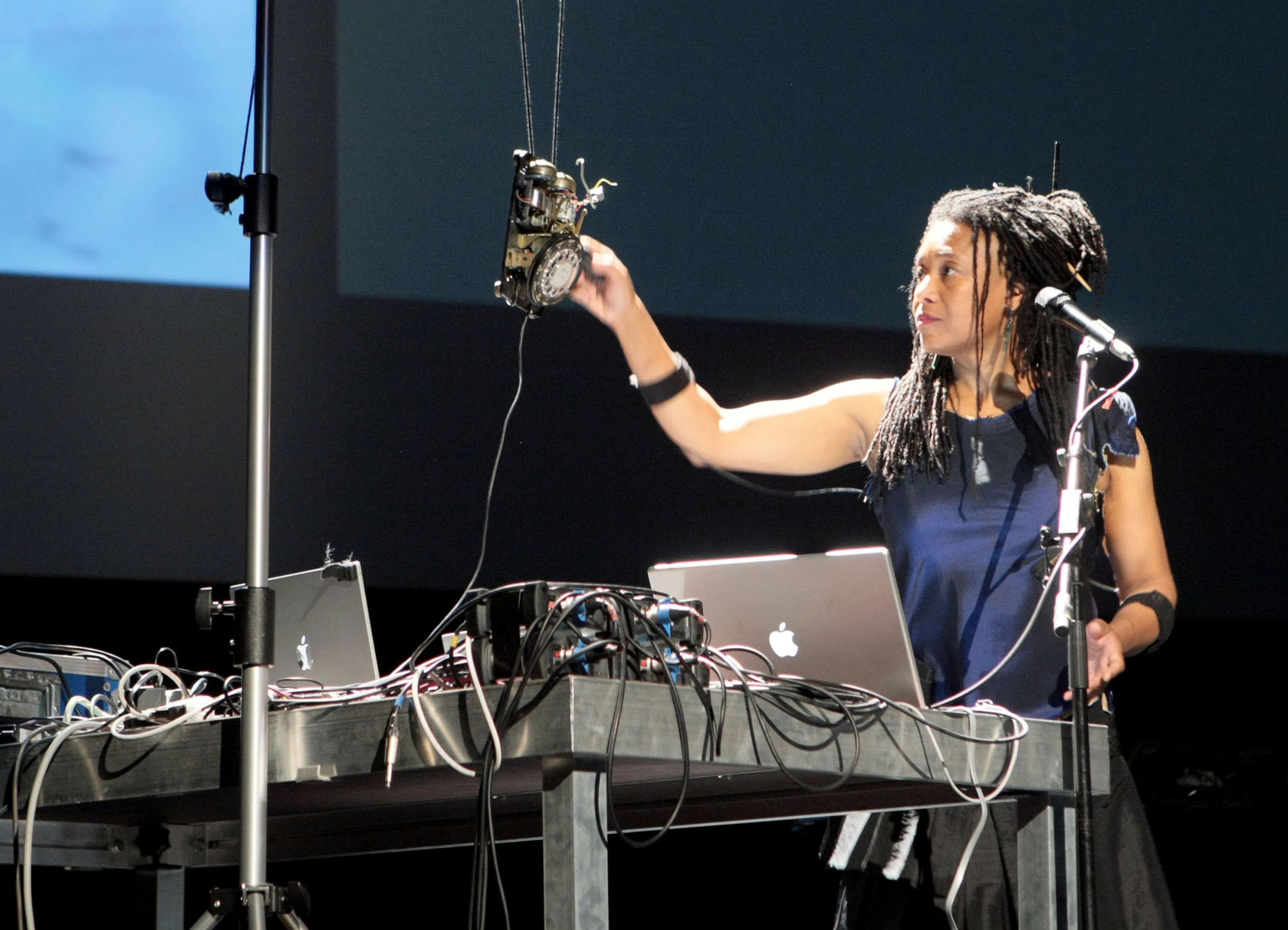 "Z is an enthralling sonic explorer who is not averse to composing sumptuous melodies.”
— Berkeleyside 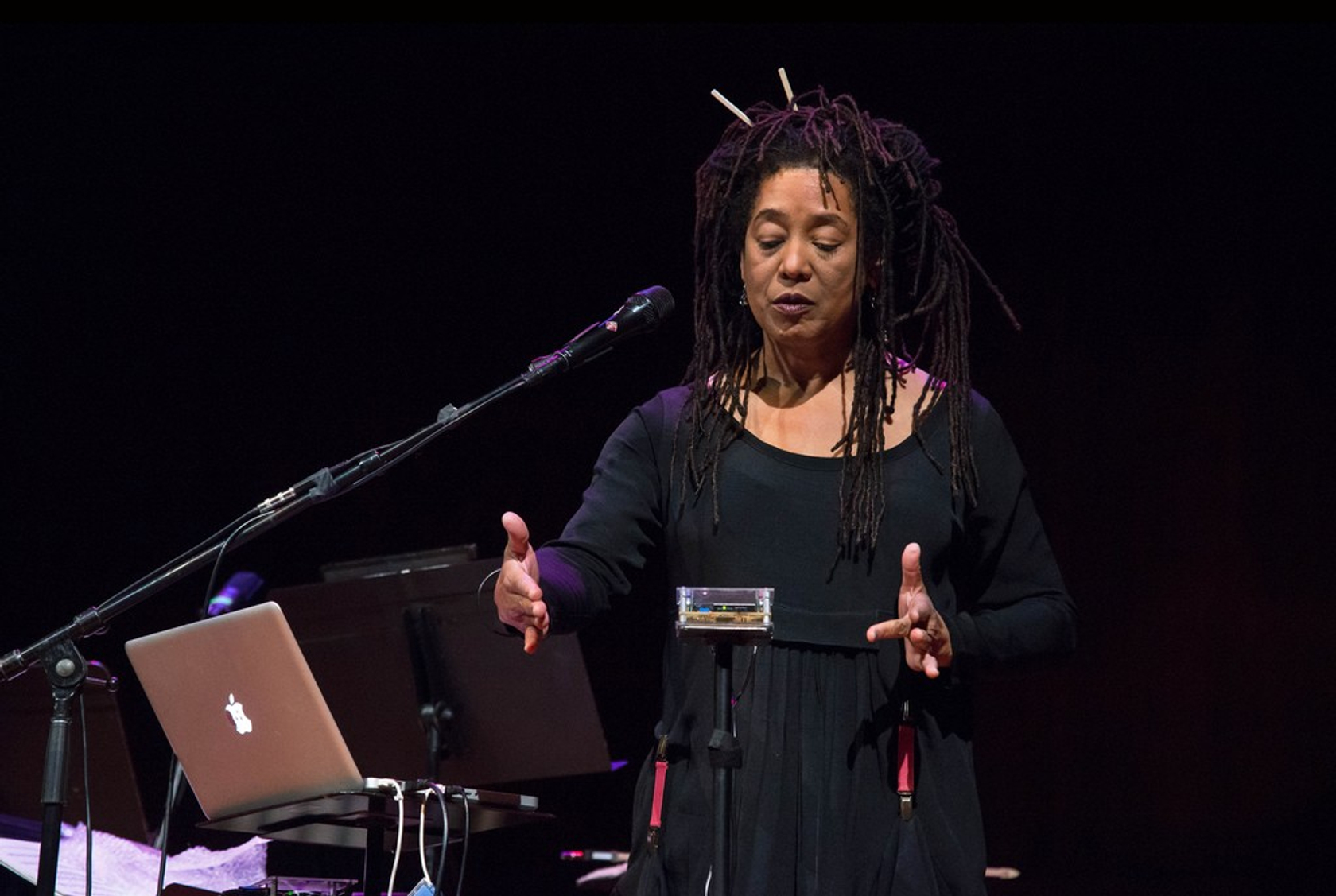 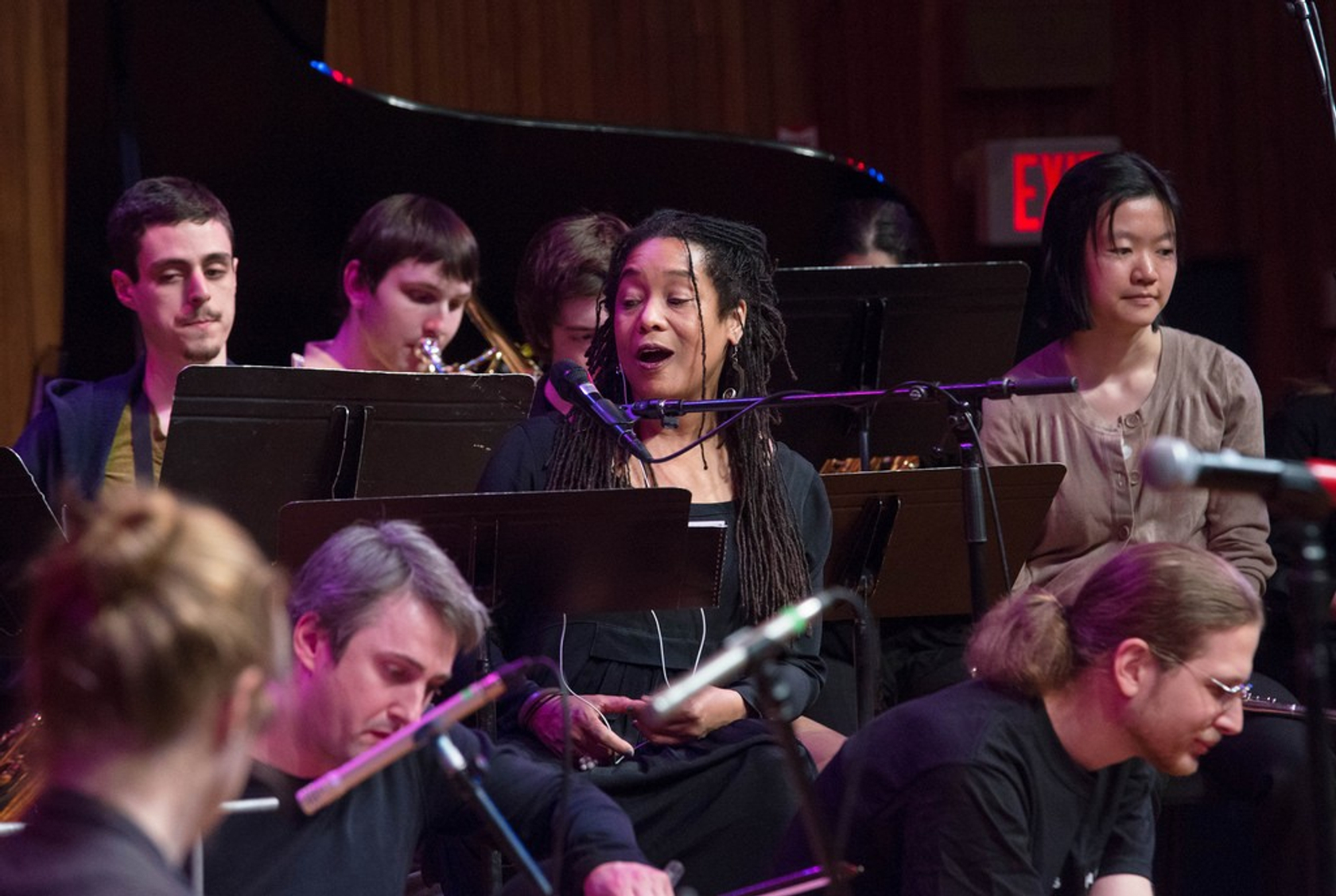 MIT is pleased to announce that interdisciplinary artist Pamela Z is the recipient of the 2022 Eugene McDermott Award in the Arts at MIT. The $100K prize awarded at a gala in her honor also includes an artist residency at MIT in spring 2023, during which Pamela Z will perform selections from her work in a concert open to the public on April 19, 2023, then will present a public lecture/demonstration on April 20, 2023.

A pioneering composer, performer, and interdisciplinary artist for more than four decades, Pamela Z has toured to major festivals and venues worldwide. She works with voice, live electronic processing, sampled sound, and video, and is known for using custom music technology, activated by physical gesture, to explore deeply personal themes.

The McDermott residency builds on Pamela Z’s prior visits to MIT in 2013 and 2016, during which she worked with students, fellow visiting artists, and other members of the campus community.

Established in 1974 by Margaret McDermott (1912–2018), the Eugene McDermott Award in the Arts at MIT is bestowed upon individuals whose artistic trajectory and body of work have achieved the highest distinction in their field and indicate they will remain leaders for years to come. The McDermott Award reflects MIT’s commitment to risk-taking, problem solving, and connecting creative minds across disciplines.

A distinctive feature of the Award is a campus residency, which includes a celebratory event at which the Award is presented, a public presentation of the artist’s work and significant interactions with students, faculty, and staff. The goal of the residency is to provide the recipient unparalleled access to the creative energy and cutting-edge research found in the MIT community, and to have the recipient connect with departments, laboratories, and research centers throughout the Institute in ways that will be mutually enlightening.

The Eugene McDermott Award in the Arts at MIT may be given to an artist working in any field or cross-disciplinary activity, including architecture, creative writing, dance, design, filmmaking, media arts, music, theater, and visual arts. Award nominees are identified by an Advisory Committee, which is composed of international leaders in arts and culture. A Selection Committee, chosen by the Council for the Arts and the Associate Provost with responsibility for the arts, then selects the recipient.

A geophysicist, Eugene McDermott was a member of the MIT Corporation from 1960 to 1973. The scholarship funds he established at MIT reflect his commitment to education and the public art he donated a conviction, shared with his wife Margaret, that the physical environment of a campus has great influence upon the character of an institution. They commissioned Eugene’s Stevens Tech classmate Alexander Calder to create The Great Sail, which was dedicated in 1966 on McDermott Court, facing the Green building.  In 1976, the McDermott family and other friends of MIT made a gift of Three Piece Reclining Figure, Draped, by Henry Moore, which graces Killian Court.

Read more about the performance

Read more about the lecture/demonstration

Read more about the performance

Pamela Z’s signature instruments are her classically trained bel canto voice and bespoke, gesture-activated audio controllers. Throughout a long and innovative career, she has pioneered the use of interactive technology in solo performance, layering and transforming her vocalizations into a wide variety of sounds and images. Her projects resist classification, blending elements of music, spoken word, dance, theater, and visual art.

Once described by a fellow artist in the New York Times as a “wild virtuoso,” she has invented her own artistic path. Since putting down roots in the 1980s in the San Francisco Bay Area contemporary art and performance scene, she has brought her work to venues and festivals including New York’s Bang on a Can, Japan’s Interlink, San Francisco’s Other Minds, Italy’s Venice Biennale, and Senegal’s Dakar Biennale. In addition to solo and collaborative performances, she has composed scores for dance, film, and chamber ensembles (including Kronos Quartet and Eighth Blackbird). Her sound-and-video installations have appeared at major exhibition spaces around the world.

Pamela Z’s affinity for technology manifests not only in her creative tools but as a recurring theme in her work—from the parallels between how humans and computers save information (Memory Trace, 2015) to scientific data about ecological changes (Carbon Song Cycle, 2013). Other works throughout her career have drawn on her experiences as a traveling artist (Baggage Allowance, 2010; Gaijin, 2001) and delved into the nature of language and communication (Voci, 2003; Parts of Speech, 1998).

“Z is an enthralling sonic explorer who is not averse to composing sumptuous melodies.”

The New York Times: An Encyclopedia of Voices, Human and Otherwise