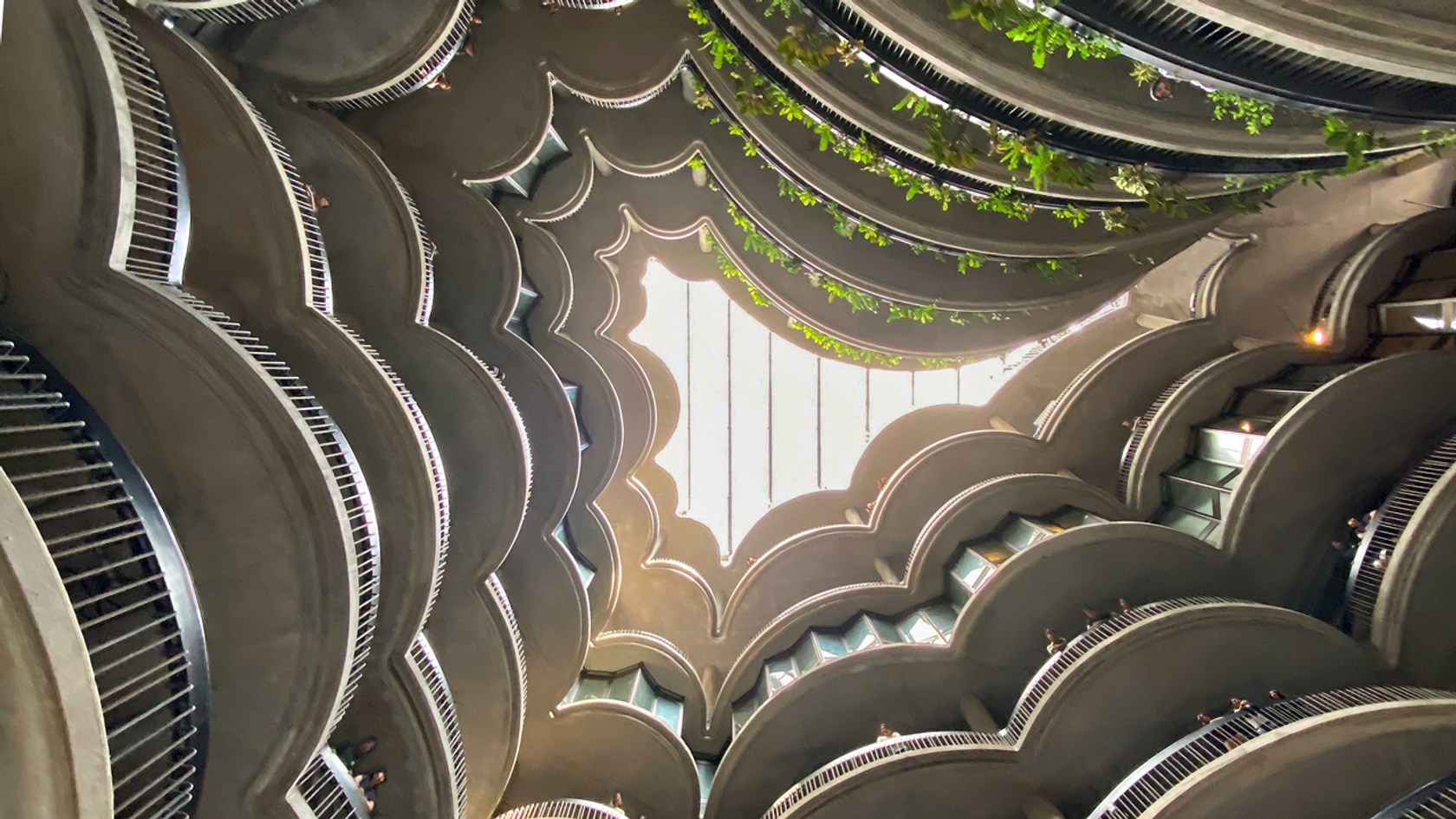 Prolific and varied work over two decades is characterized by its ingenuity, inventiveness, and originality.

Established in 1974 by the Council for the Arts at MIT, the Eugene McDermott Award in the Arts at MIT is bestowed upon individuals whose artistic trajectory and body of work indicate that they will achieve the highest distinction as leaders in their fields. One of the most generous arts honors in the US, the Award reflects MIT’s commitment to risk-taking, problem solving and to the idea of connecting creative minds across disciplines. The Award is considered an investment in the recipient’s future creative work, rather than a prize for a particular project or lifetime of achievement.

More about Thomas Heatherwick’s Public Lecture at MIT on April 25, 2020.

Watch the capstone event of the 2020 Eugene McDermott Award in the Arts at MIT honoring designer Thomas Heatherwick. This online public program includes a special address to MIT from Thomas Heatherwick filmed in his London studio, premieres a behind-the-scenes documentary telling the inspiring story of his design challenge for MIT students, and a conversation between Heatherwick and Dean Hashim Sarkis, curator of the 2021 Venice Biennale of Architecture.

Watch the recording of this event

Amazing things happen when people meet and share—cities are themselves a manifestation of this. As a designer, the 2020 Recipient of the Eugene McDermott Award in the Arts at MIT Thomas Heatherwick is interested in public space and making the world better for everyone.

The digital revolution has transformed our lives and allows access to information that many of us benefit from. While it has the potential to steer us toward a more sustainably efficient and humanitarian future, one of the negative aspects for humans is loneliness. As we become less reliant on physical interactions in the ways we consume products and access knowledge, there is a growing realization that we miss each other and still need to interact in the physical world.

How can cities respond to this modern problem? What does it take to create meaningful spaces that inspire people to leave the digital realm and directly engage with others in real life? Too often a good idea can turn into a cliché and suddenly there are “pop-ups” everywhere and everyone wants an amphitheater outside their commercial space.

Thomas Heatherwick examines how thoughtful design can address these issues and create thriving, sociable, and ultimately successful pieces of a city. Through reappraising design approaches from the outset, Heatherwick Studio believes it is possible to create richly sensory and exciting urban environments at any budget.

In Spring 2020, 4.022 Design Techniques and Technologies: Thinking through Making includes a design challenge with Thomas Heatherwick, 2020 Recipient of the Eugene McDermott Award in the Arts at MIT.

This design studio, a foundation course for SA+P’s Minor in Design, introduces students to the creative design process through acts of making and breaking. Engaging questions of material and fabrication research, students investigate material properties and behaviors, emergent principles or patterns, or geometric transformations to produce variable outputs in response to calibrated inputs.

The design challenge began with precedent research around affects and emotional embodiment to expose students to the wider discourse and history of design and Heatherwick Studio’s creative approach. Engaging Heatherwick’s ideas of the hyper-physical as a means to compensate for the hyper-digital, students were invited to facilitate an articulated form of human connection and interaction that transformed a public space, fostered re-engagement, or changed human interactions within the space.

When confronted with the global pandemic that curtailed human physical interactions and activity, the second-half of the term moved online and the investigations into hyper-physicality and togetherness also considered connections in a space of more than three dimensions and bridging points within an entity such as a network. Students assembled into teams tasked with producing a form of hyper-physical connection among their team members or the broader world. Teams designed soap shaped to promote sensual and playful interaction between object and user; interactive acoustic backdrops for personalized multimodal audio-visual environments; experiential mapping to understand one another’s physical lives; and transformable furniture to encourage self-expression in one’s home environment and as an online backdrop.

Thomas Heatherwick and Stuart Wood, Partner and Group Leader at Heatherwick Studio, presented to students and conducted interim and final reviews with 4.022 via Zoom.

Thomas Heatherwick is a British designer whose prolific and varied work over two decades is characterized by its ingenuity, inventiveness, and originality. Defying the conventional classification of design disciplines, he founded Heatherwick Studio in 1994 to bring the practices of design, architecture, and urban planning together in a single workspace.

Thomas leads the design of all Heatherwick Studio projects, working in collaboration with a team of 200 highly-skilled architects, designers, and makers. Thomas’ unusual approach applies artistic thinking to the needs of each project, resulting in some of the most acclaimed designs of our time. Based in London, Heatherwick Studio is currently working in four continents.

Following the success of the UK Pavilion for the Shanghai World Expo in 2010, Heatherwick Studio has gone on to win exciting design briefs including the Learning Hub at Singapore’s Nanyang Technological University, the new Google campuses in London and California in collaboration with BIG (currently under construction), and a new terminal for Singapore’s Changi Airport in partnership with KPF. Heatherwick has been appointed a Commander of the Order of the British Empire, a Royal Academician, and in 2004 became the youngest Royal Designer for Industry.

Article: Thomas Heatherwick, 2020 Winner of the Eugene McDermott Award in the Arts

Eugene McDermott Award in the Arts at MIT Capstone Event with Thomas Heatherwick.

Credit: Directed and produced by Victor Kossakovsky and Heatherwick Studio.

YouTube Playlist: Eugene McDermott Award in the Arts at MIT Rania Ghosn’s The Planet After Geoengineering