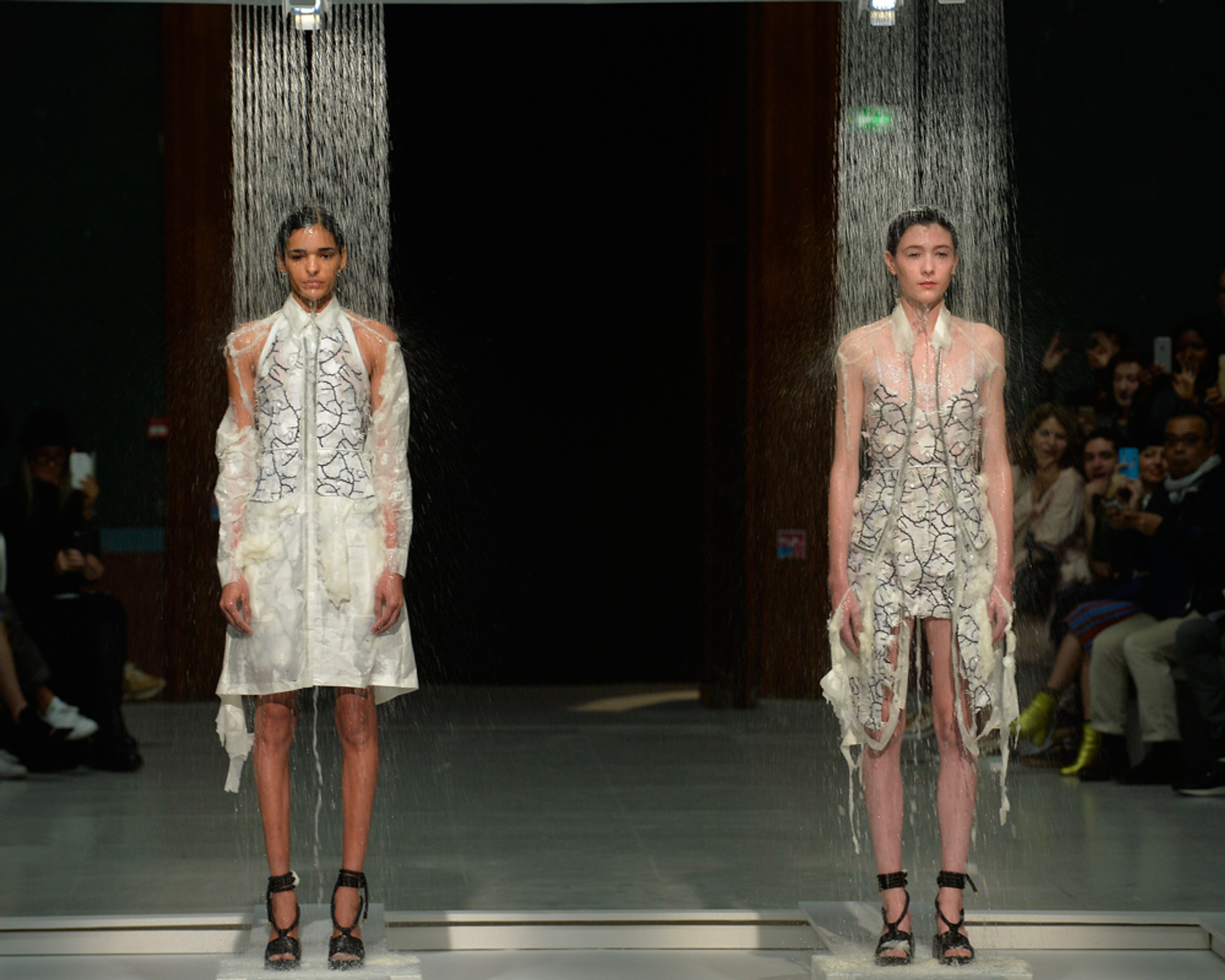 “For the designer Hussein Chalayan, technology is an essential part of designing a collection”
— The New York Times Presented by the MIT Center for Art, Science & Technology (CAST) and the MIT Self-Assembly Lab.

Hussein Chalayan’s work is characterized by an adventurous, bold incorporation of technology and an ability to address conceptual issues—such as disembodiment, metamorphosis, mobility and forced migration—through fashion. His experimental practice has turned the runway show into a sophisticated, multimedia form of performance art.

Chalayan was born in Nicosia, Cyprus and educated both in Cyprus and England, graduating from Central St. Martins with a BA (Honours) degree in Fashion. His final year collection was featured in the eponymous window of Brown’s in London. In 1993, Chalayan formed his own fashion house, showcasing his twice-yearly collections in highly curated shows that explore politically, socially and technologically challenging subjects. Chalayan founded his own label in 1994 that brought with it worldwide stockists, awards such as British Designer of the Year (1999–2000), an MBE (2006) and critically acclaimed solo exhibitions at The Design Museum in London, Museum of Contemporary Art in Tokyo, Istanbul Modern and Musée des Arts Décoratifs in Paris.

Aside from four womenswear and two menswear collections a year, Hussein Chalayan was a design consultant to Parisian Heritage Brand Vionnet for two years, and is head of the fashion department at the University of Applied Arts in Vienna. In 2015, Chalayan was a speaker at TED2015: Truth and Dare, opened his flagship store in London’s Mayfair, and designed and co-directed the dance piece Gravity Fatigue at Sadler’s Wells Theatre. Chalayan was a panelist at the MIT CAST “BEING MATERIAL” Symposium in spring 2017.

“For the designer Hussein Chalayan, technology is an essential part of designing a collection”

“Chalayan has explored movement and transformation since the start of his career, mixing performance with technology, and staging intricate presentations that often included special effects and on-stage metamorphoses.”