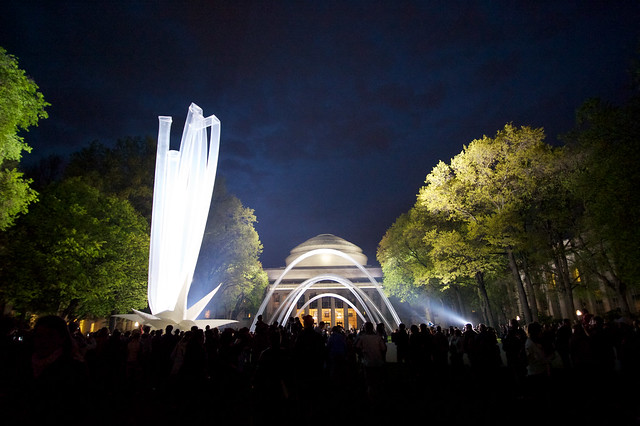 Otto Piene, a professor emeritus of visual design who was the first fellow of MIT’s Center for Advanced Visual Studies (CAVS) and its director from 1974 to 1994, died on Thursday in Berlin. He was 86.

Piene was born in Bad Laasphe, Germany, in 1928 and studied art in Munich and Dusseldorf; he also earned a degree in philosophy at Cologne University. He joined MIT in 1968 at the invitation of CAVS founder György Kepes, becoming a professor of environmental art in 1972 and succeeding Kepes as CAVS director in 1974. 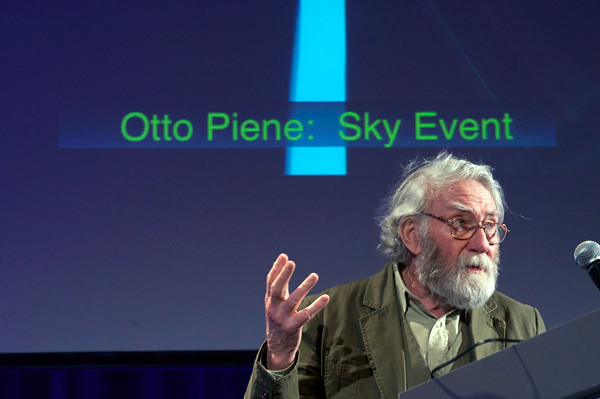 Piene exhibited widely over the course of his career, including multiple times at Documenta and the Venice Biennale. He was recognized with awards including the UNESCO Joan Miró Medal and the Sculpture Prize of the American Academy of Arts and Letters, as well as an honorary doctorate from the University of Maryland at Baltimore County. 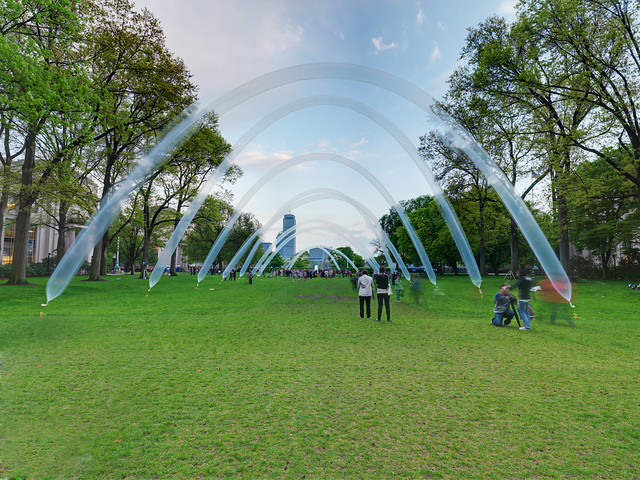 His practice, primarily sculptural, focused on public and participatory art connected to nature and the elements through technology. Varying in scale from 1972’s 600- meter “Olympic Rainbow,” which illuminated the sky over the Olympic Park at that year’s Munich Olympics, to gallery-scale projections, glittering kinetic sculptures, and small smoke paintings, his work concentrated particularly in the media of light, air, fire, and motion, exploring perception and the composition of spaces ranging from small studios to city skylines.

Piene founded the influential European postwar movement Group Zero with his colleague Heinz Mack in 1957; joined later by Günther Uecker, the collective left a lasting imprint before it dissolved in 1966, spawning ZERO, an international network of artists who sought to transform and redefine art after World War II. 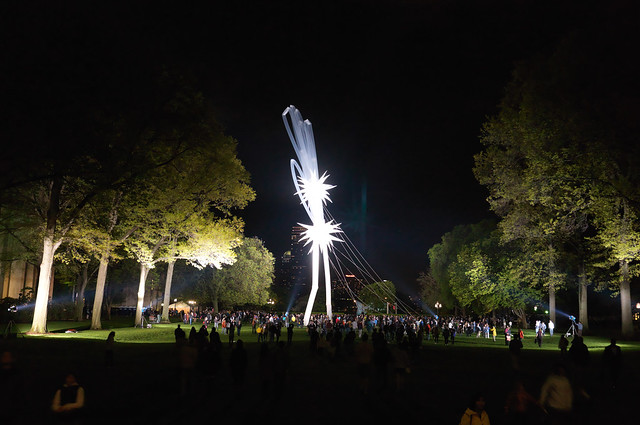 Piene then pioneered the genre of “Sky Art” with his inflatables, organizing four conferences on the subject between 1981 and 1986 in the United States and Europe. As part of MIT’s 150th anniversary celebration, in 2011, he developed spectacular, glowing, inflatable stars-on-stalks that rose up into the night sky from Killian Court during the Festival of Art, Science, and Technology.

Piene is survived by his wife, Elizabeth Goldring, and four children.

Rising above the Great Dome of MIT, immense inflatable stars soared over Killian Court as part of FAST Light, the culminating event of the MIT150 Festival of Art, Science and Technology. The sculptures celebrated – and incorporated – the distinctive symbiosis among artists, scientists and engineers that emerged at MIT during the 1960s with the founding of the Center for Advanced Visual Studies and continues today throughout the Institute. Photos: Andy Ryan.