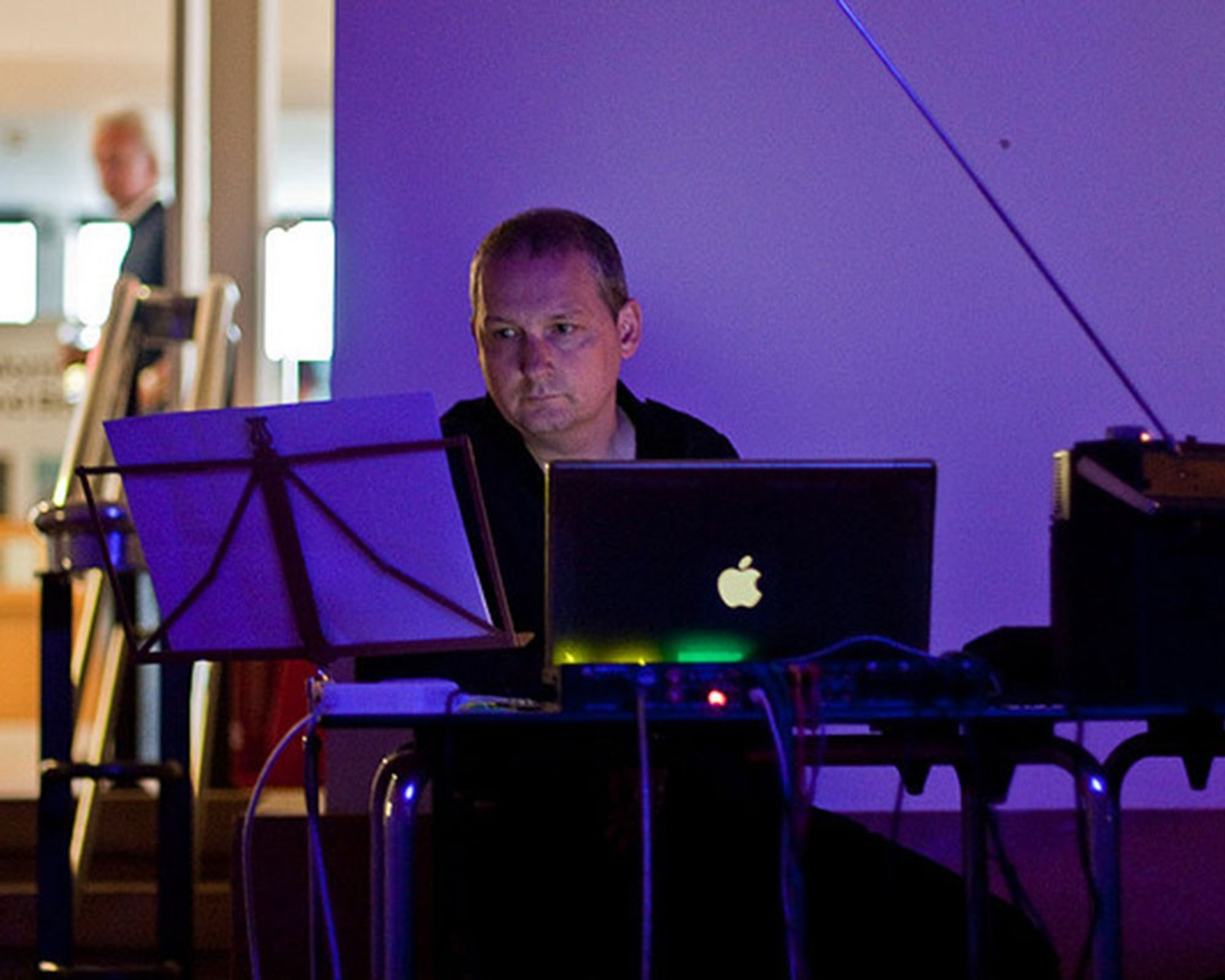 Sound designer David Sheppard came to MIT as part of the 2013 Spring Sound Series, a semester-long collection of concerts, lectures, workshops, and demonstrations that featured twenty leading sound artists across genres each presenting their view of new music at the cutting edge.

David Sheppard is a sound designer. In its simplest form this might involve designing a sound system for Opera, or creating software for spatial sound-control in performance. But for Sheppard it is an ever evolving world of realizing visionary new artworks through live performance and cutting-edge technology. He works closely with composers to help them realize their ideas but he is also known as a sound installation artist and electronics performer with various groups. His work has recently involved helicopters, a former Nazi submarine-base, an interactive outdoor stone sculpture, the architecture of Daniel Libeskind and collaborations with artist Matthew Ritchie and The National’s Bryce and Aaron Dessner.

Based in London, David Sheppard’s sound design duo, Sound Intermedia, is known for its trailblazing work in composition, live sound, music technology, and interactive multimedia. The duo regularly works with the UK’s leading ensembles including the London Sinfonietta, BBC Symphony Orchestra, English National Opera and with the Barbican and South Bank Centre.