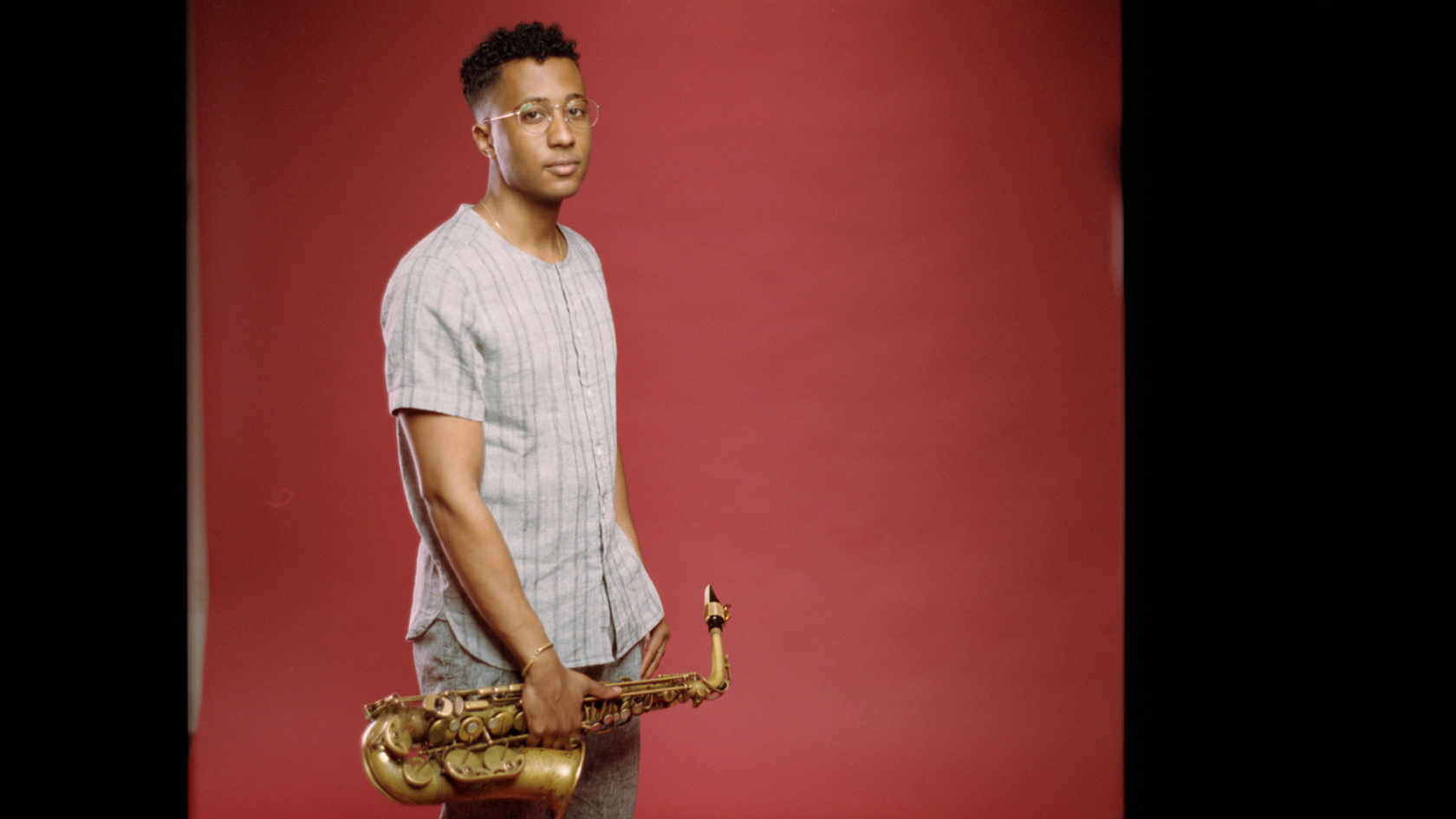 Braxton Cook (born March 27, 1991 in Boston, Massachusetts) is an Emmy award-winning artist and one of this generation’s most exciting emerging voices in the jazz world. Not only does he exhibit world-class virtuosity on the alto saxophone, but he is also a uniquely talented vocalist, songwriter, multi-instrumentalist, and composer whose sound blends jazz, soul, and alternative R&B into a fresh new sound all his own.

After several moves up and down the East Coast, Cook’s family settled in Silver Spring, Maryland. There, he attended Springbrook High School and studied saxophone under the tutelage of world-class educator Paul Carr. After graduating in 2009, Cook attended Georgetown University and studied English with a concentration in African American Studies. In his free time, Cook worked regularly in the D.C. Jazz scene on the historic U Street strip of Jazz clubs. By age 18, he had already made quite a name for himself by leading his own band at Bohemian Caverns, HR-57, Twins Jazz, and many other venues throughout the D.C. area.

In the fall of 2011, Cook decided to transfer from Georgetown to The Juilliard School to continue his studies and pursue his music career full-time. In his first year, Braxton met Grammy award-nominated trumpeter Christian Scott and became a long-term member in Christian’s band, honing his skills on the road. Braxton has been featured on several of Christian Scott’s studio albums, some of which include Stretch Music (2015), Diaspora (2017), and the Grammy-award nominated album Emancipation Procrastination (2017). He also toured and performed with Christian McBride Big Band, Jon Batiste, and Marquis Hill, among others. During this time, Cook was also selected as a semi-finalist in the 2013 Thelonious Monk International Jazz Saxophone Competition.

In 2014, while still a student, Braxton Cook released his debut EP Sketch (2014). The following year in 2015, he graduated from The Juilliard School and continued his musical development with the release of his sophomore project Braxton Cook Meets Butcher Brown (2015), launching his solo career and bringing him to festivals and venues across the country. In April of 2017, Cook released his debut album Somewhere In Between, which allowed him to tour both nationally and internationally to the UK as well as Japan. In less than a year, Somewhere in Between and the Somewhere in Between Remixes & Outtakes albums amassed millions of streams and downloads on Spotify and Apple Music, and have been praised by peers, musicians, and critics alike. Saint Heron noted Cook’s demonstration of “unmatched flexibility by merging multiple genres into an ardent, passionate, and soul-filled project.”

In 2017, Fader Magazine named Cook a “Jazz Marvel” and “Jazz Prodigy.” Shortly after, he was listed as one of the “Top Five Jazz Artists to Watch” (alongside Robert Glasper, Kamasi Washington, Butcher Brown, and Kris Bowers) in the June 2018 Issue of Ebony Magazine.

Outside of the jazz sphere, Cook has worked alongside Rihanna, at the 2016 VMAs and Solange Knowles contracting the horn players involved in her live shows at the Guggenheim, Radio City Music Hall, Afro Punk Festival, Panorama Festival, and Made in America Festival. Most recently, Cook was featured on Phony Ppl’s recent album Mosaic and performed with them for their NPR Tiny Desk performance. In addition, he was featured on Tom Misch’s 2018 U.S. domestic tour which started with two performances at Coachella and culminated with a very special Tiny Desk performance.

In 2018, Cook released his sophomore album entitled No Doubt, which debuted at number two on iTunes’ Jazz Charts and amassed six million streams on Spotify. Due to the album’s success, he embarked on his first international headlining tour in November 2018, performing at Tourcoing Jazz Festival, So What’s Next Jazz Festival, and the legendary Ronnie Scotts Jazz Club in London, UK. The following spring, he performed for Quincy Jones at The Shed for Steve McQueen’s Soundtrack of America. In summer of 2019, Cook performed at the North Sea Jazz Festival and the Montreux Jazz Festival.

In spring of 2020, Cook released yet another project called Fire Sign which had amassed over one million streams in the first couple of weeks of its release. This record grabbed the attention of many national press outlets including NPR. Cook then created his very own NPR Tiny Desk at Home performance which featured music from his entire catalogue. Now having relocated to Los Angeles, Cook is very excited to continue expanding his musical concept, compositional, and production skills, and grow his community.