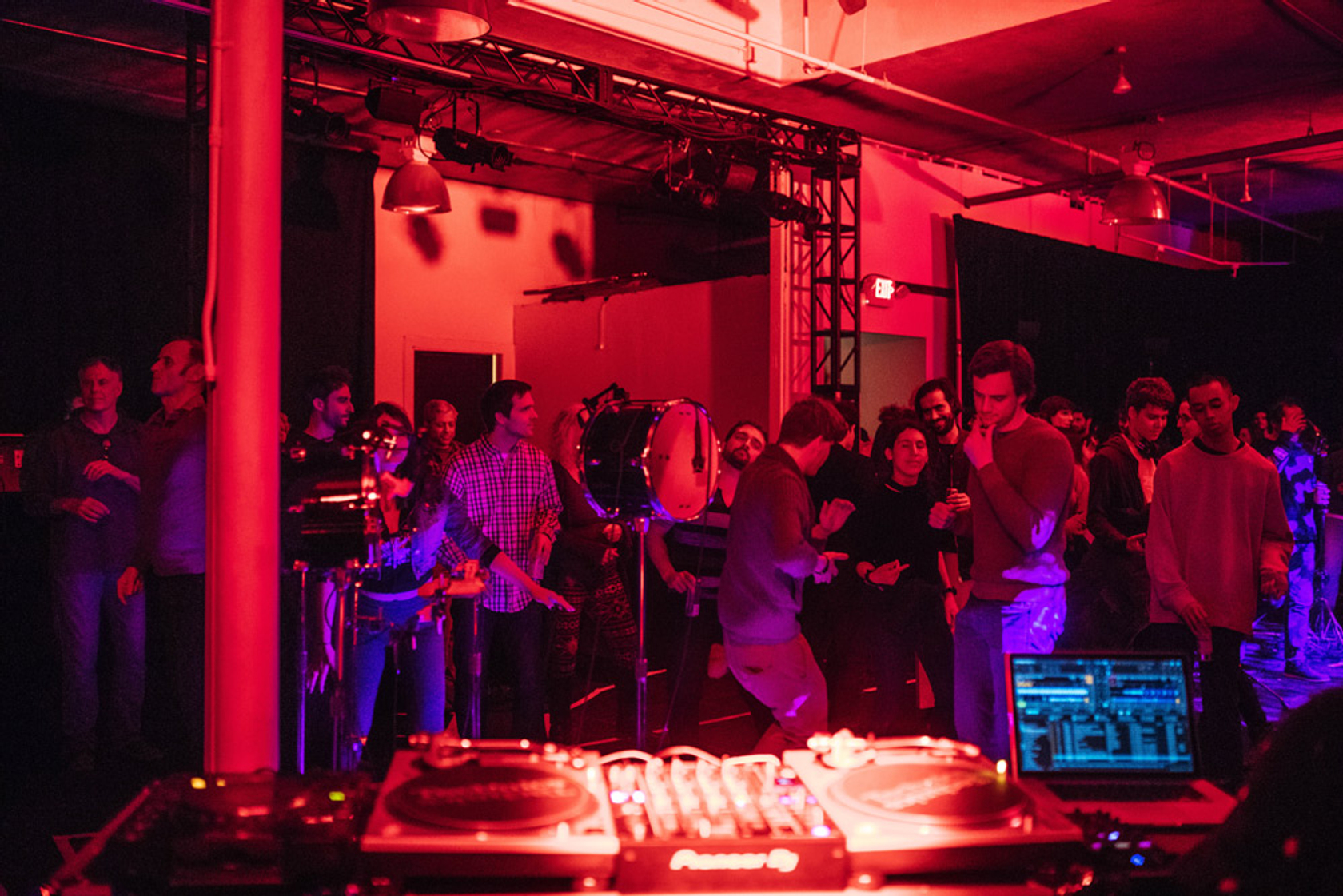 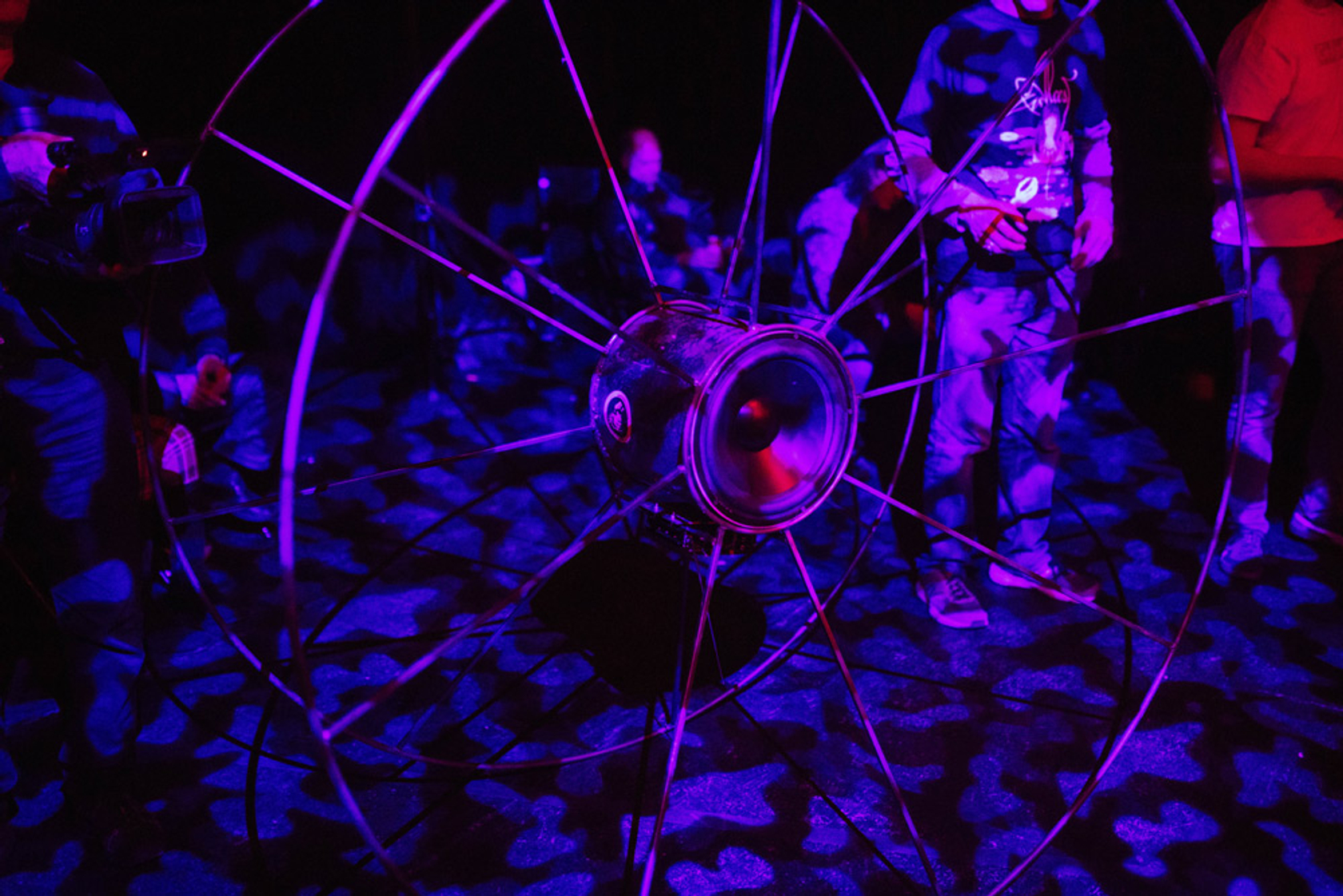 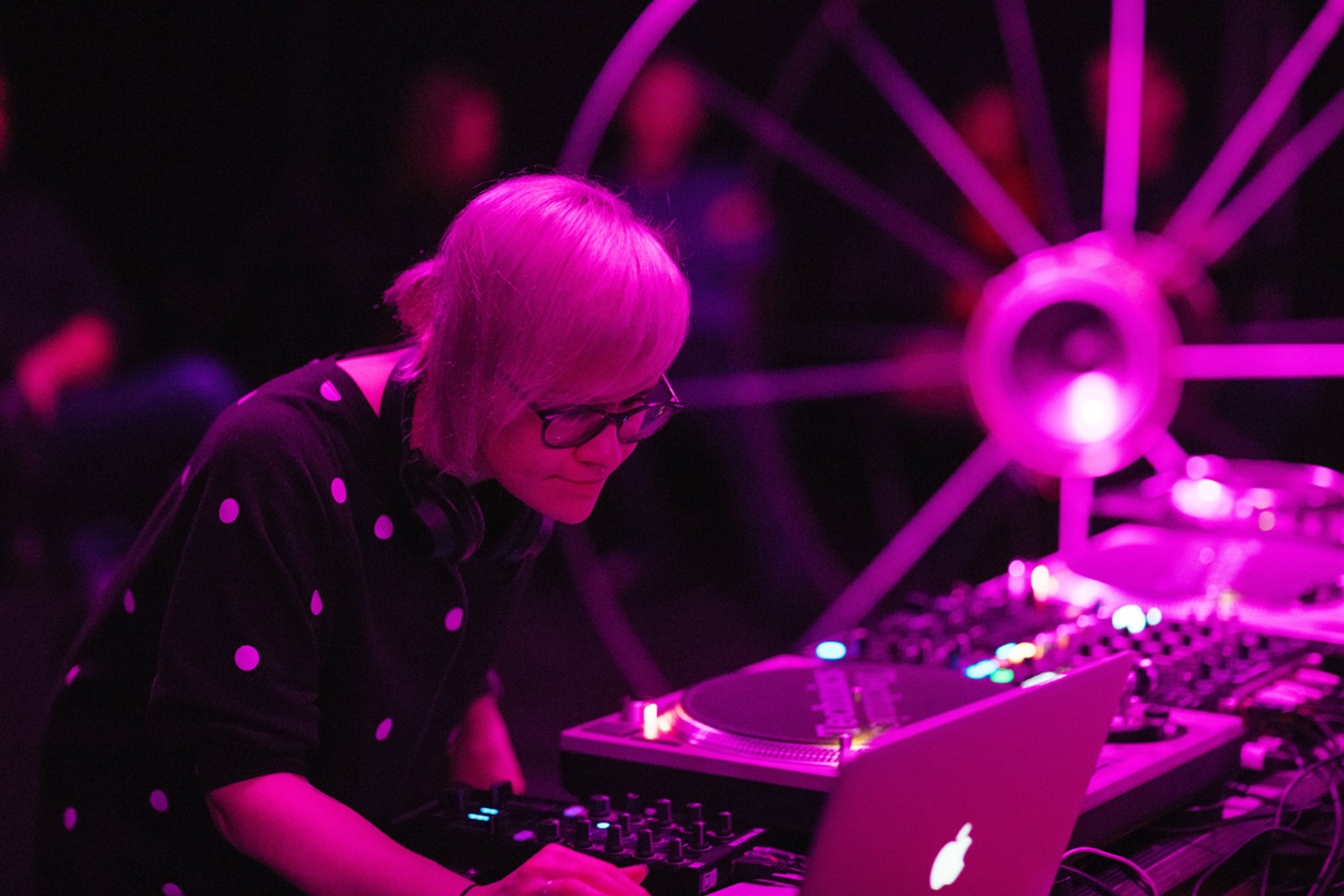 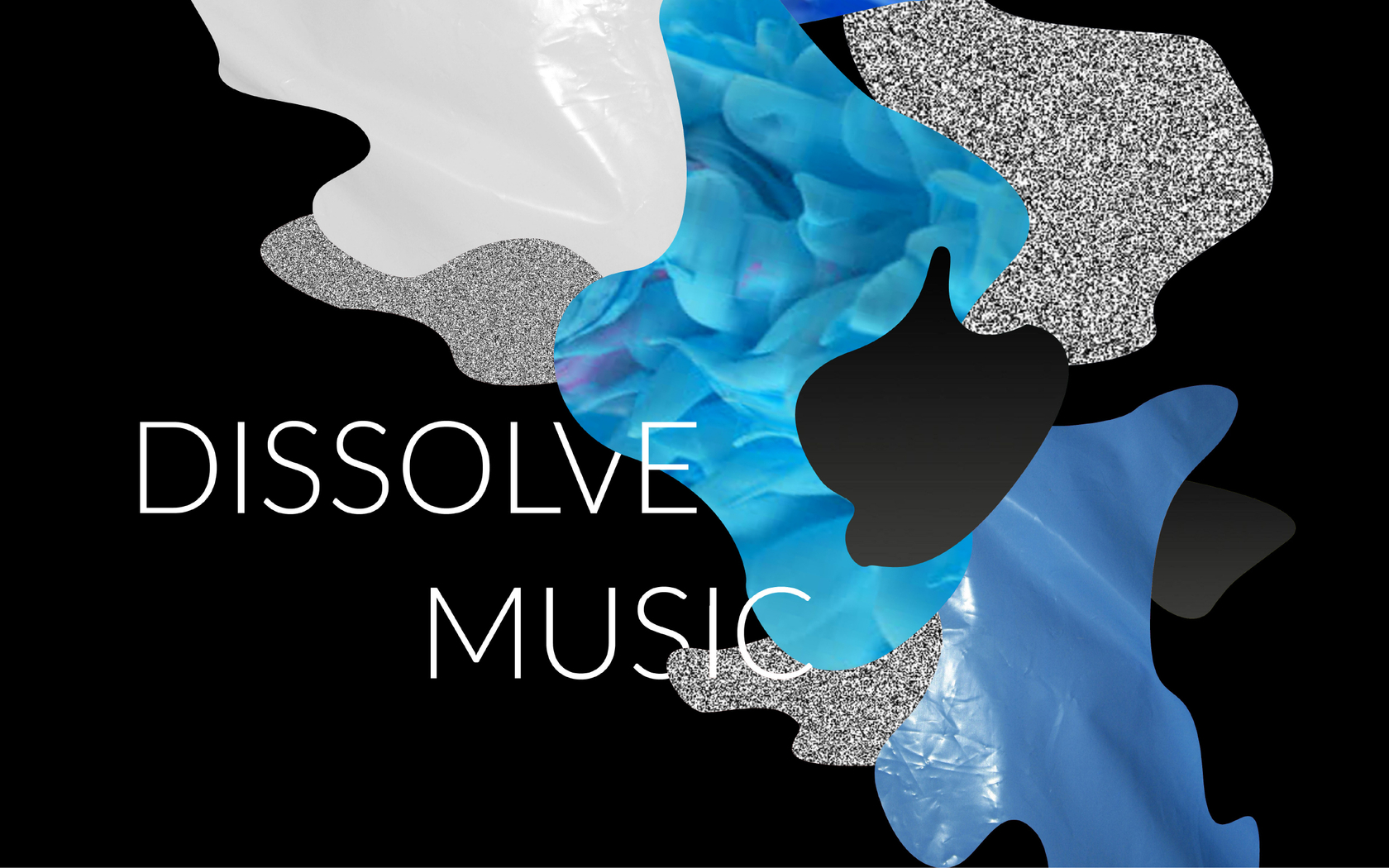 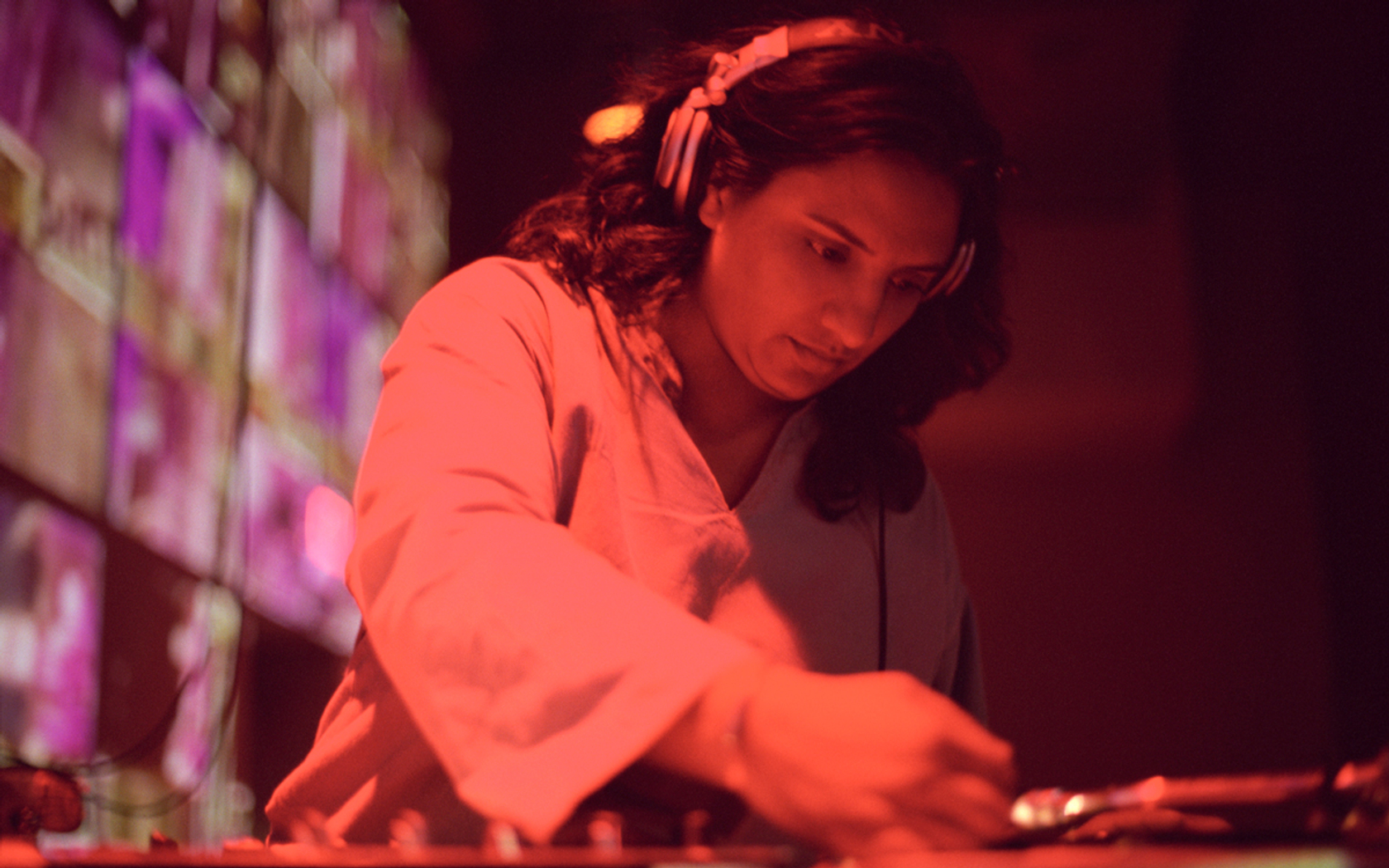 Presented by the MIT Center for Art, Science & Technology (CAST) and MIT Global Studies and Languages (GSL), with support from the Academy of Fine Arts Nuremberg.

Thomas F. DeFrantz is Professor of Dance at Duke University and specializes in African diaspora aesthetics, dance historiography, and the intersections of dance and technology.  He is co-editor of Black Performance Theory: An Anthology of Critical Readings (with Anita Gonzalez, Duke University Press, 2014) and editor of Dancing Many Drums: Excavations in African American Dance (Wisconsin University Press, 2002), which received the CHOICE award for Outstanding Academic Publication and the 2003 Errol Hill Award presenting by the American Society for Theater Research.  He has published extensively, with his monograph Dancing Revelations: Alvin Ailey’s Embodiment of African American (Oxford University Press, 2004) receiving the 2004 de la Torre Bueno Prize for outstanding publication in Dance.  He serves on various editorial boards and was recently President of the Society of Dance History Scholars (2011-2014).  He has also produced and participated in many performance productions, and currently runs the research group SLIPPAGE at Duke University, a group that works to create innovative interfaces for the telling of alternative histories.

With a Keynote Panel on Women in Music, led by DJ Rekha (Rekha Malhotra)

Ian Condry is a cultural anthropologist who specializes in media, popular culture, and globalization with a focus on contemporary Japan and the US. His current research interests include social media, in particular the ways platforms for creative communities offer new possibilities for education, the arts, global health, business and political participation. These areas relate to his earlier research on Japanese hip-hop and anime by attending to practices of cultural innovation that go global.

In his most recent book, The Soul of Anime: Collaborative Creativity and Japan’s Media Success Story, he explores the emergence of anime, Japanese animated film and television, as a global cultural phenomenon. Drawing on ethnographic research, including interviews with artists at some of Tokyo’s leading animation studios–such as Madhouse, Gonzo, Aniplex, and Studio Ghibli-he discusses how anime’s fictional characters and worlds become platforms for collaborative creativity. He argues that the global success of Japanese animation has grown out of a collective social energy that operates across industries–including those that produce film, television, manga (comic books), and toys and other licensed merchandise–and connects fans to the creators of anime. For Condry, this collective social energy is the soul of anime.

His first book Hip-Hop Japan: Rap and the Paths of Cultural Globalization was published in October 2006 by Duke University Press. The Japanese translation, Nihon no Hip-Hop, was published in 2009 by NTT Publications. It is an ethnography of the Japanese rap music scene, exploring issues of race, gender, language, popular music history, and cultural politics primarily through the perspectives of Japanese musicians. Through fieldwork starting 1995-97, he focused on the “genba” (nightclubs, or “actual site”) of Japan’s hip-hop scene. He argues that the paths of cultural globalization lead through specific sites of performance, such as nightclubs and recording studios. Such locations help us more deeply understand the dialogue between global/local, producer/consumer, artist/industry.

He has begun a new research project on social media, online platforms, and creative communities. His current interests build on the findings of his hip-hop and anime research. From hip-hop, he learned that night clubs were crucial for building the music scene by providing spaces for socializing, networking, and performance. Competition and cooperation amidst J-Hip-Hop’s “families” of rap groups led to a diversity of voices and styles that evolved over time. From anime, he found that the global success of Japanese animation hinged on collaboration across categories of producers, including the connections between manga (comics), toys, and other merchandise, as well as building on the creative energy of fans. This perspective contrasts with those that focus on “the anime industry” or those that maintain a distinction between producers and audience. Instead, I found that “collaborative that operates across categories of producers and which connects producers and fans is key.

Since January 2006, he has been organizing the research project MIT/Harvard Cool Japan research project. The project involves colloquia, cultural performances, and international conferences to examine the cultural connections, dangerous distortions, and critical potential of popular culture.

Jan St. Werner is best known as one half of the innovative German electronic duo Mouse on Mars, and has also pursued a solo career as Lithops and under his own name. He began releasing music as Lithops in the mid-’90s (around the time of his collaboration with Markus Popp as Microstoria), issuing several singles and two full-lengths, Umi Unit and Didot, by the end of the decade. Despite St. Werner’s work with Mouse on Mars and the duo’s spinoff project with the Fall’s Mark E. Smith, Von Südenfed, Lithops’ output continued at a steady pace in the 2000s, including albums like Scrypt and the two-part release Mound Magnet as well as compilations such as Queries and Ye Viols! During the 2000s, St. Werner also acted as the artistic director for Amsterdam’s Institute for Electronic Music STEIM. In 2013, St. Werner released Blaze Colour Burn, the first of a series of experimental releases called Fiepblatter Catalogue, on Thrill Jockey. The second volume, Transcendental Animal Numbers, which used extreme dynamic and frequency shifts to approximate the random-yet-organic quality of field recordings, appeared in 2014. In 2015, St. Werner collaborated with members of Earth, Oval and Bo Ningen on Miscontinuum Album, which had already been performed as an opera and radio play in the four years prior to its release. Werner wrote music for ensembles and orchestras, composed pieces for German public radio, and produced installations for art galleries and museums. His new album “Felder” will be out in Thrill Jockey on April 1st 2016.

Rekha Malhotra a is producer, curator, educator, and activist. She pioneered merging Bhangra and Bollywood sounds with contemporary electronic dance music. She is the founder of Basement BhangraTM, Bollywood Disco and co‐founder of Mutiny Club nights. She was named “Ambassador of Bhangra” by the New York Times. Rekha was the sound designer for the TONY award‐winning Broadway Show, “Bridge and Tunnel,” and received a Drama Desk Award nomination for her work on the play “Rafta Rafta” and was the associate producer for the NPR Radio Documentary, “A Feet in Two Worlds.” She has done remixes for artists that range from Meredith Monk to Priyanka Chopra. Her debut album, DJ Rekha presents Basement Bhangra, was released on E1 Music and was nominated for the 2008 Plug Awards. She was NYU’s A/P/A Artist-in-Residence for 2006-2007. She has received numerous community awards and in 2009 was inducted into the New York City’s Peoples’ Hall of Fame. Rekha has curated events for Celebrate Brooklyn and Central Park SummerStage NYC. DJ Rekha was a Grand Marshall of the 9th Annual NYC Dance Parade in 2015. In January 2017 she was one of the official DJs for the historic Women’s March on Washington. She serves on the board of Chhaya CDC, an organization of New Yorkers of South Asian origin to advocate for and build economically stable, sustainable, and thriving communities.

Free and open to the public.

How can music and sound enable us to challenge preconceptions and transform our understandings of the world? What does sound offer that escapes the domain of sight, and how can it work to undo hierarchies and prejudices predicated on vision? How can sound, cognition, and technology relate to and encourage discourse?

How can music & sound create new spaces for interaction and engagement?

How can we engage in the frictions between music & sound to encourage new approaches to activism and social change?

How can music and sound be a means to express alternative concepts of gender, race, ethnicity, class and mediate cultural differences?

In what ways is listening a political or creative act?  How do body and mind interact to shape innovative concepts of listening?

In Conversation with Ian Condry