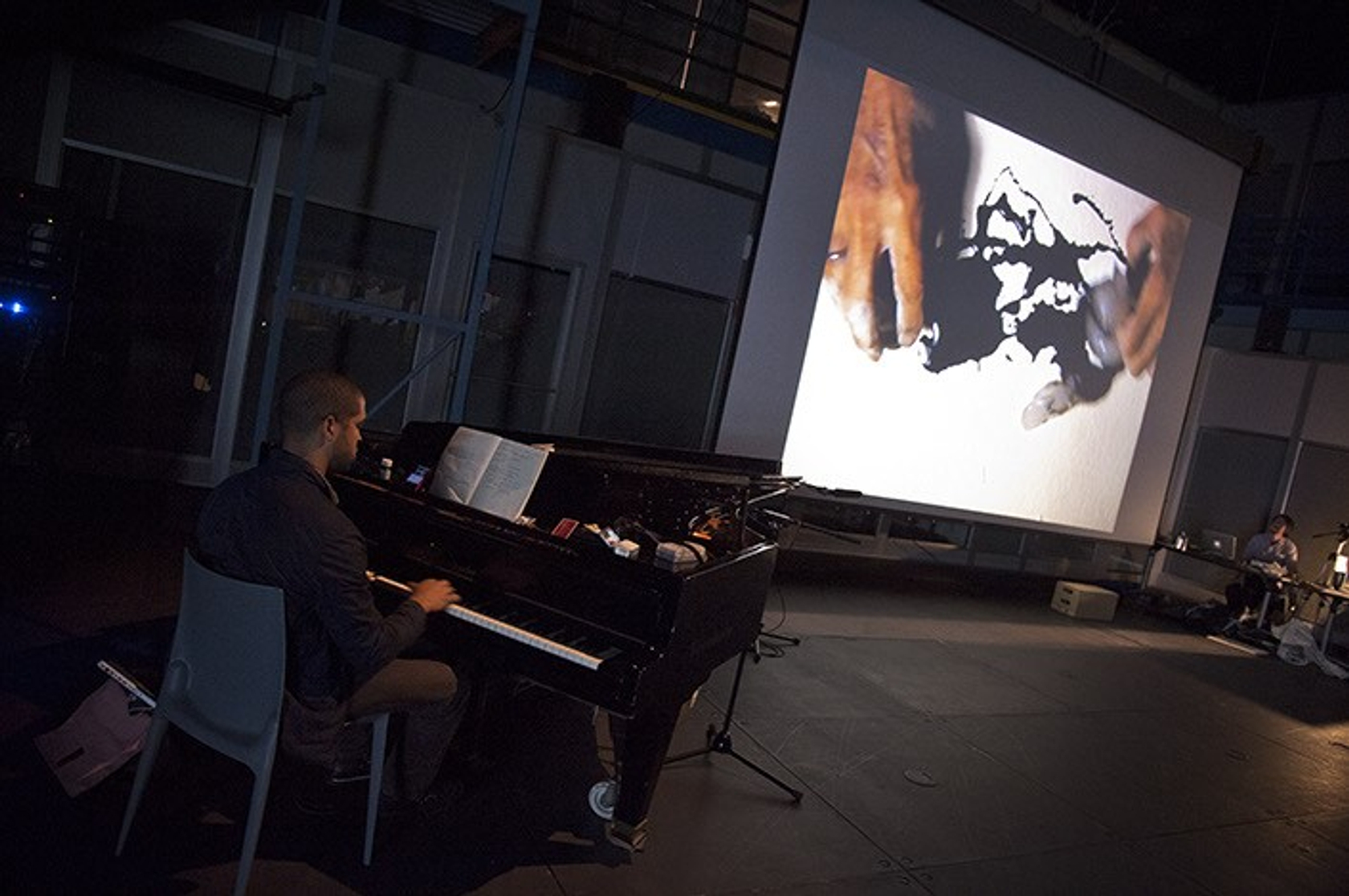 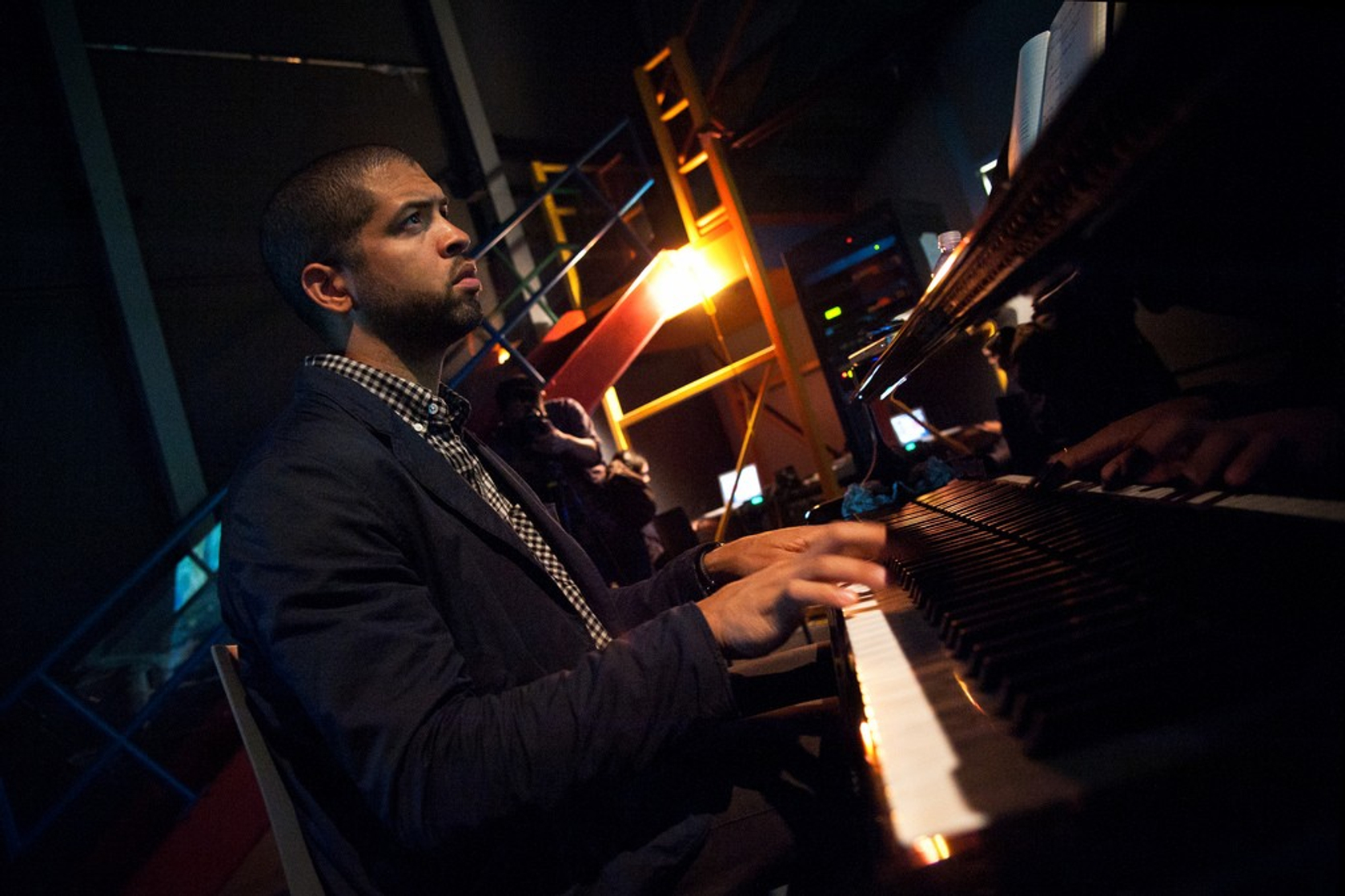 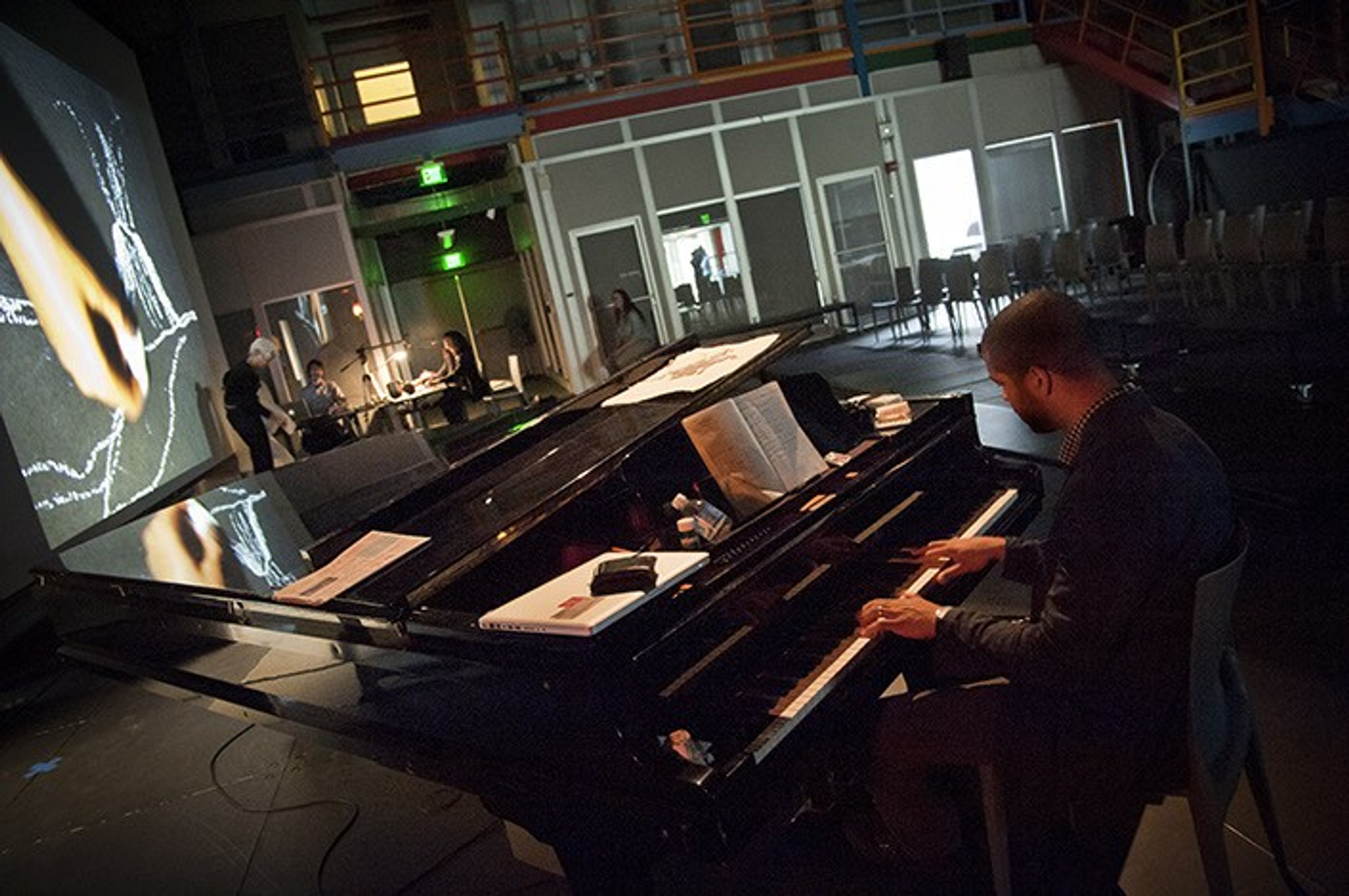 While at MIT, Jason Moran lead master classes and presented the new performance work Reanimation with frequent collaborator, Joan Jonas. Jonas is a Professor Emerita in the MIT Program in Art, Culture, and Technology and a seminal figure in performance art. Moran contributed to Jonas’ exhibition My New Theater: Reading Dante III, exhibited at the Media Lab Complex, which integrates music, theater, animation and video.

Presented by the MIT Center for Art, Science & Technology, MIT Program in Art, Culture and Technology and MIT Music and Theater Arts.

They Come to Us without a Word II, a performance by Joan Jonas with music by Jason Moran
July 20-22, 2015
Theatro Piccolo, Venice, Italy

In conjunction with the exhibition They Come to Us without a Word by Joan Jonas at the Venice Biennale, Giardini, Venice, Italy.

Opening of My New Theater: Reading Dante III, an exhibition by Joan Jonas with music by Jason Moran
September 14, 2011

When Jason Moran’s debut recording Soundtrack to Human Motion was released in 1999, Ben Ratliff of the New York Times christened it Best Album of the Year. Since that celebrated debut, Moran has garnered critical praise for his path-breaking recordings on Blue Note Records, often performing with his ensemble The Big Bandwagon.

Artforum: Jason Moran on his life and music

NPR: Jason Moran Takes Fats Waller Back To The Club

NPR: What Were They Like In High School? Today’s Jazz Stars As Teens