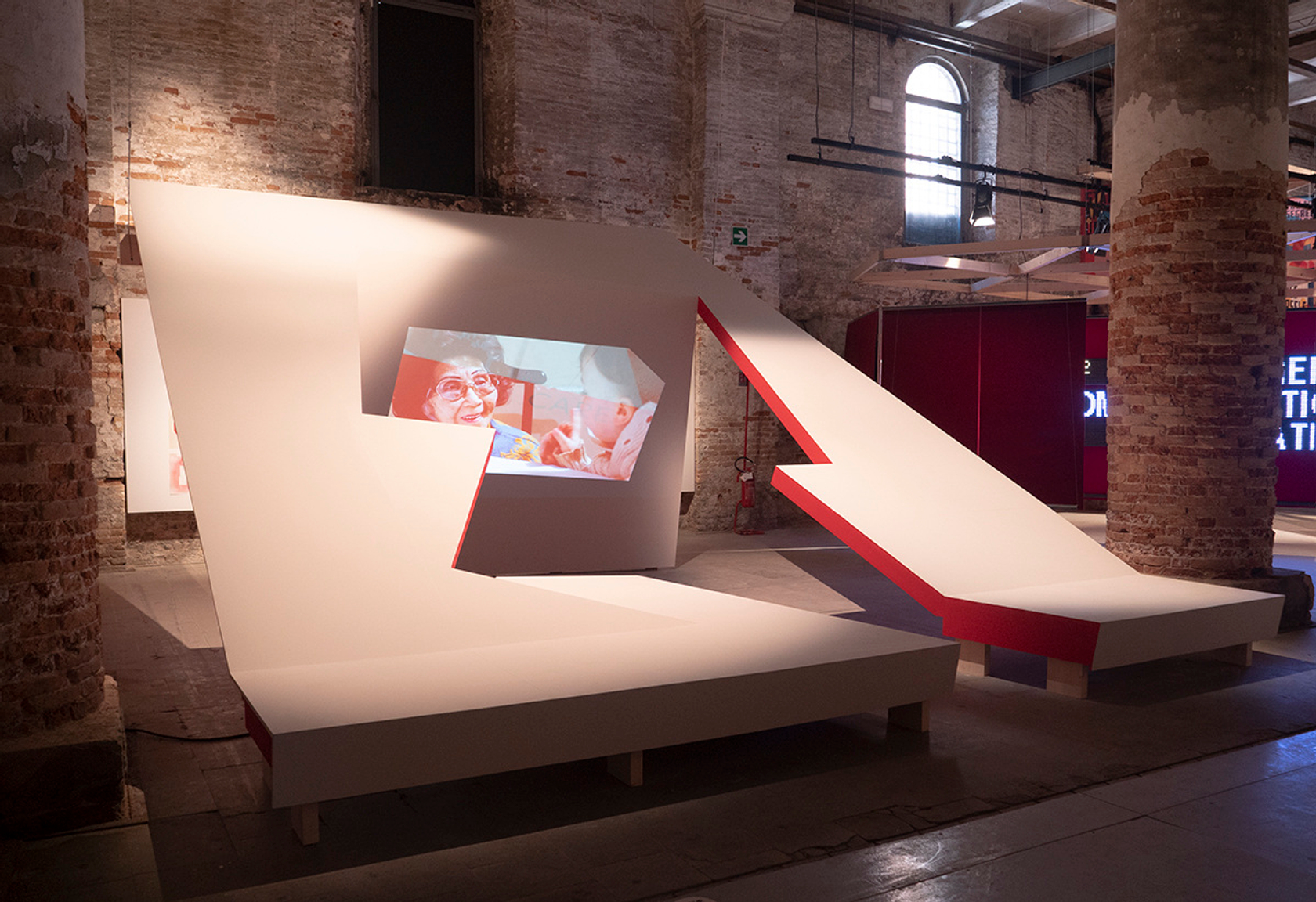 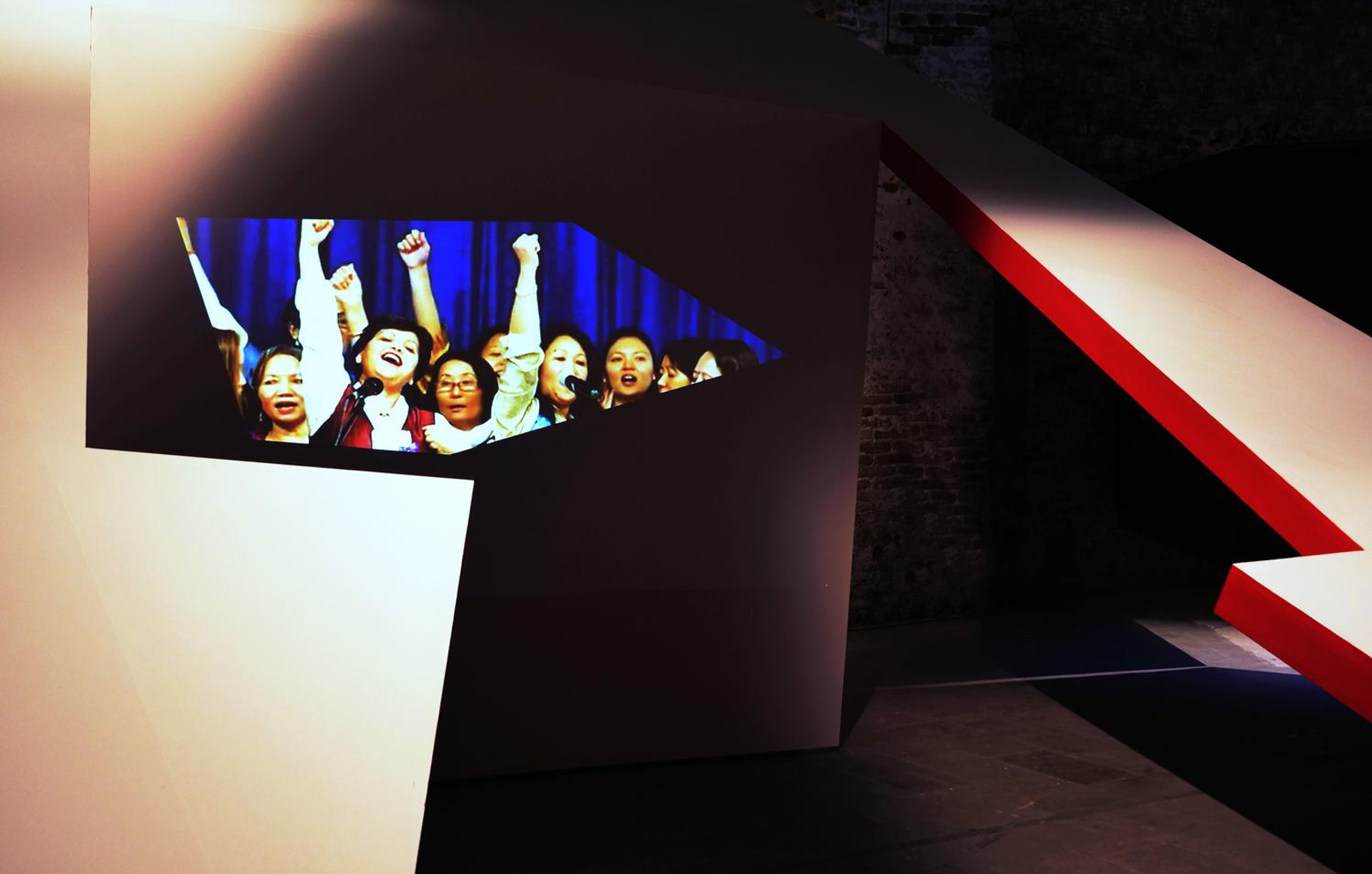 Led by MIT’s Future Urban Collectives Lab, founded and directed by architect Rafi Segal and artist Marisa Morán Jahn with MIT Civic Data Design Lab Director Sarah Williams, Architecture for New Collectives asks how communities can be formed, organized, and strengthened through both the digital and physical design of space.

The exhibition includes a short film by artist Marisa Morán Jahn that weaves together architectural design components, archival photographs, and interviews with community partners and leading contemporary thinkers who contextualize the urgency of open collectives and what’s at stake today.

Open Collectives is on view in the Arsenale at the Biennale Architettura 2021 (Venice Architecture Biennale 2021) May 22-November 21, 2021.

Rafi Segal is an award-winning designer and Associate Professor of Architecture and Urbanism at MIT. His practice engages in design and research on both the architectural and urban scale. Segal’s projects include Villa 003 of the ORDOS 100 Project, the Kitgum Peace Museum in Uganda, the Ashdod Museum of Art, and, more recently, the winning proposal for the National Library of Israel in Jerusalem.

Segal is co-editor of Cities of Dispersal (2008), Territories — Islands, Camps and Other States of Utopia (2003), and A Civilian Occupation (2003). He has exhibited his work widely, most notably at Storefront for Art and Architecture; KW Institute of Contemporary Art (Kunst-Werk), Berlin; FKA Witte de With, Rotterdam; Venice Architecture Biennale; MoMA in New York; and the Bi-City Biennale of Urbanism\Architecture (Hong Kong & Shenzhen). His writings and exhibitions have provided a critical contribution to architecture’s role in the peripheries of our cities.

An artist, filmmaker, and creative technologist of Ecuadorian and Chinese descent, Marisa Morán Jahn’s artworks redistribute power, “exemplifying the possibilities of art as social practice” (Artforum). She is the founder of Studio REV-, a non-profit organization that co-designs public art and creative media with low-wage workers, immigrants, and women.

Key projects include El Bibliobandido (a masked, story-eating bandit who terrorizes little kids until they offer him stories they’ve written), Video Slink Uganda (experimental films slipped or “slinked” into Uganda’s bootleg cinemas), Contratados (a Yelp! for migrant workers), and a set of projects that amplify the voices of America’s fastest-growing workforce, caregivers: two mobile studios (NannyVan, CareForce One); a Tribeca Film Institute-supported app for domestic workers that CNN named as “one of 5 apps to change the world”; and “CareForce One Travelogues,” a film series for PBS/ITVS co-produced with Oscar- and Emmy-winning filmmaker Yael Melamede.

Jahn’s work has been featured at venues ranging from worker centers and the White House to museums and festivals (Museum of Modern Art, Walker Art Center, Tribeca Film Festival, Asian Art Museum, New Museum, Art Brussels). Her work has been widely covered by The New York Times, Artforum, Art in America, BBC, CNN, Univision, The Los Angeles Times, The Wall Street Journal, Hyperallergic, and more. Jahn is an awardee of Creative Capital, Anonymous Was a Woman, and Sundance and has taught in MIT’s Program in Art, Culture and Technology (her alma mater); at Columbia University; and at The New School.