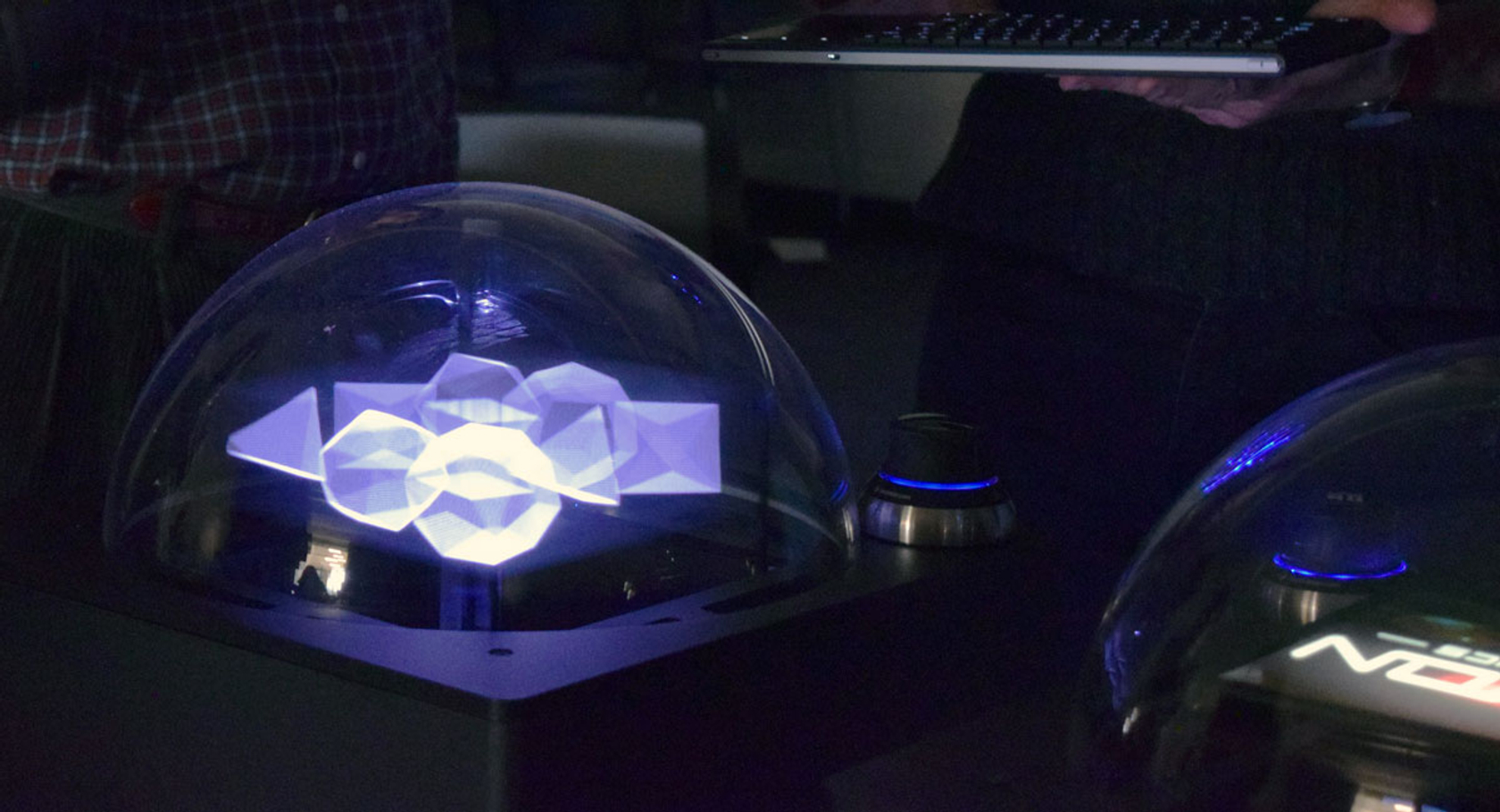 V. Michael Bove, former head of the Object-Based Media Group at the MIT Media Lab, and David Levine, Harvard University Professor of the Practice of Performance, Theater and Media, collaborate on Volumetric Cinema, a project that explores and investigates the possibilities of 360-degree 3D holographic cinema.

In the first phase of the project in spring 2019, Bove, Levine, researchers and students explored the possibilities of volumetric cinema through the production and development of a set of experimental films.

In fall 2019 and spring 2020, the project culminates in the creation of a short film produced and screened on a Voxon VX1. The VX1, a cutting-edge 3D volumetric display, aims to make such displays practical. Its 3D pixels create the equivalent of film grain, and its colors fade like Super-8, letting the audience watch an image made of light float in space before them. VX1 is also capable of playing with scale and perspective while still being able to zoom in, swirl around and create camera movement.

Explore the artistic possibilities of 3D video and storytelling on volumetric displays. We’ll push the boundaries of this new medium through a series of experiments. Students with experience in filmmaking, animation, and code development for game engines are encouraged to sign up.

The Object-Based Media Group at the MIT Media Lab explores the future of electronic visual communication and expression, and how the distribution of computational intelligence throughout video and audio communication systems can make a richer connection between the people at the ends of the systems, whether a broadcast system or a peer-to-peer environment. The lab also develops hardware and software technologies to support the requirements of such a scenario, with particular focus on new input and output technologies, advanced interfaces for consumer electronics, and self-organization among smart devices.

David Levine is Professor of the Practice in Performance, Theater and Media at Harvard University. His performance and exhibition work has been presented by institutions including MoMA, Mass MoCA, the Boston Museum of Fine Arts, and he has been featured in Artforum, Frieze, The New Yorker and the New York Times. He has also directed operas and plays at BRIC House, the Atlantic Theater, Primary Stages and Soho Rep.

Financial Times: Holograms are changing the way we interact with computers