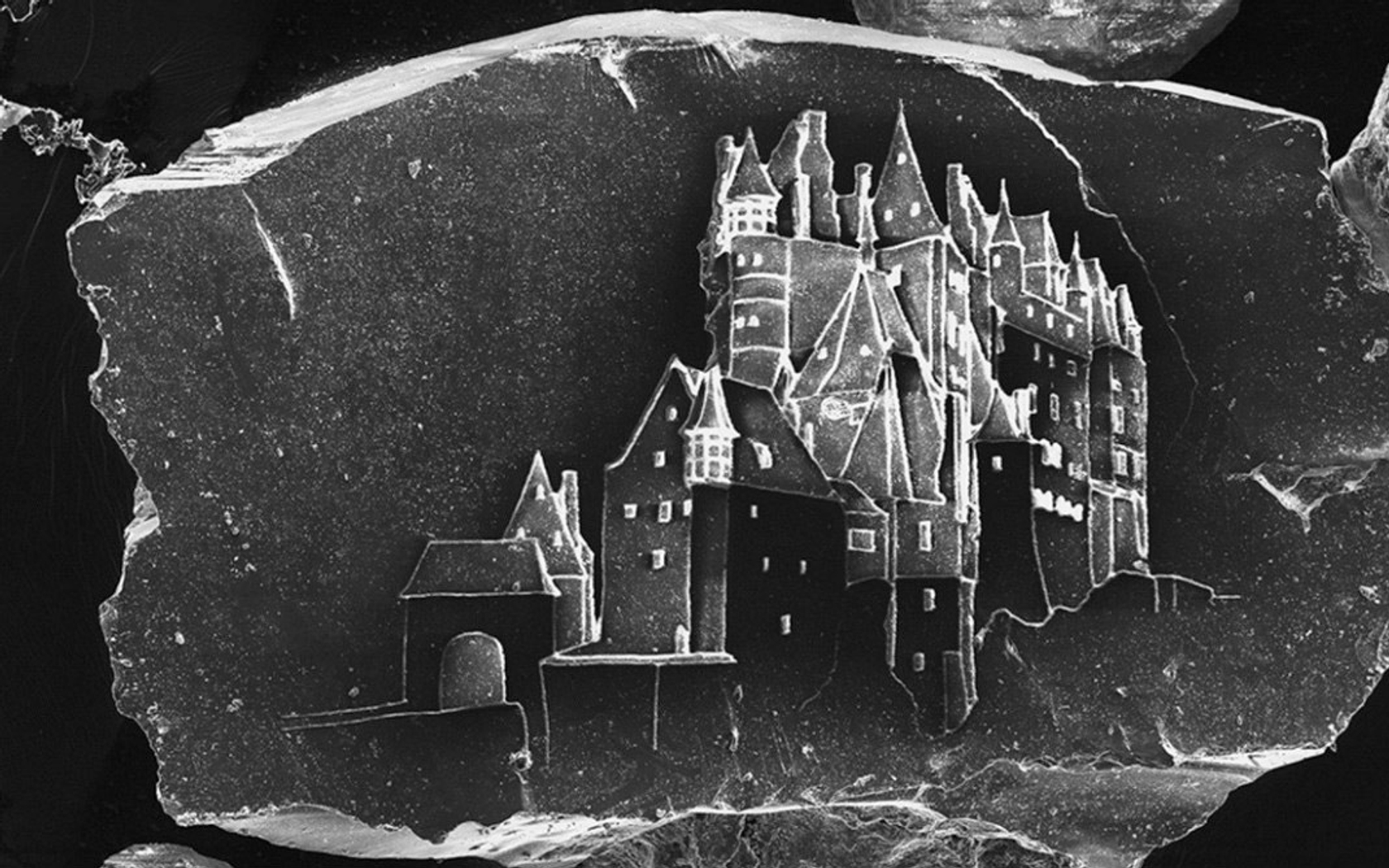 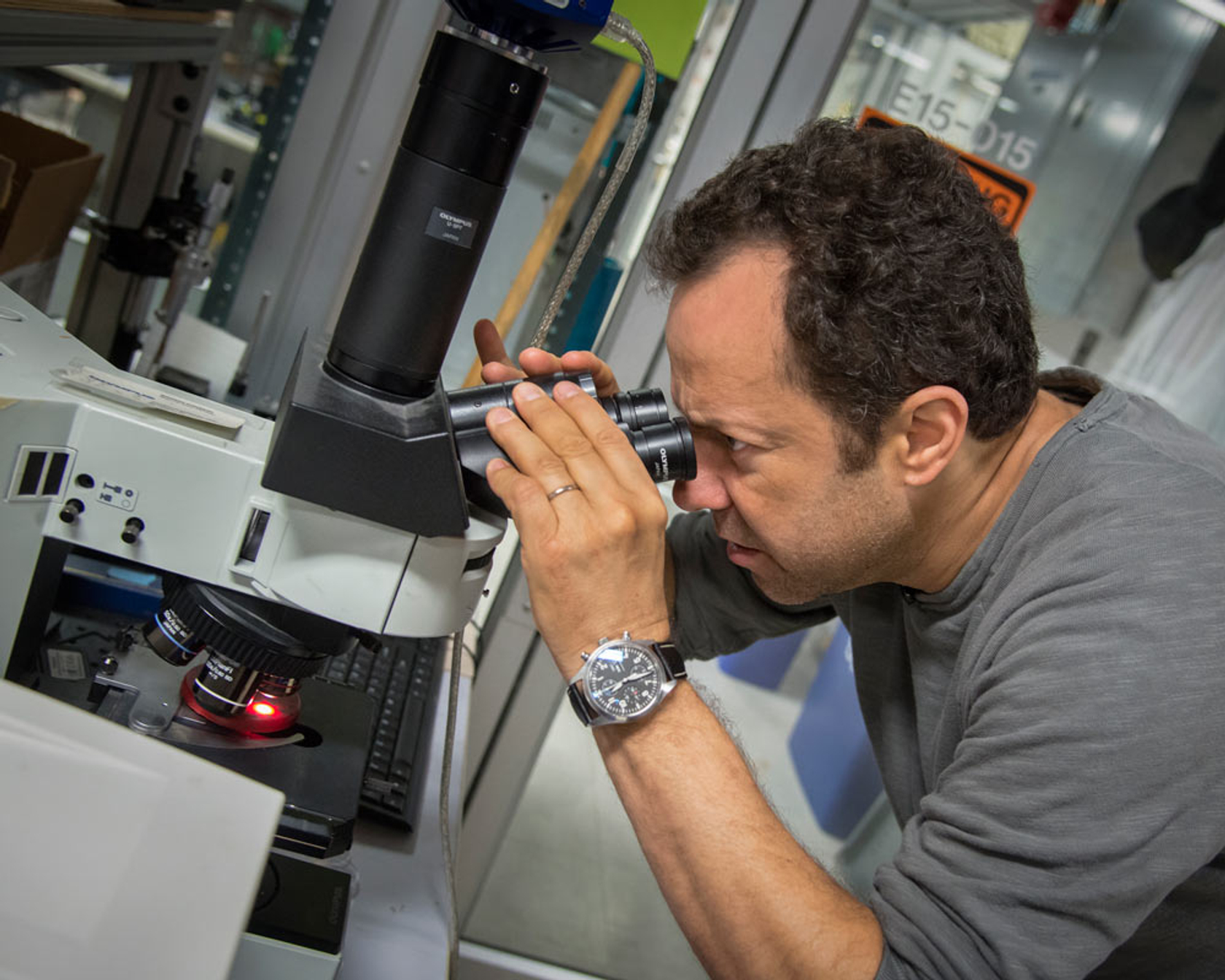 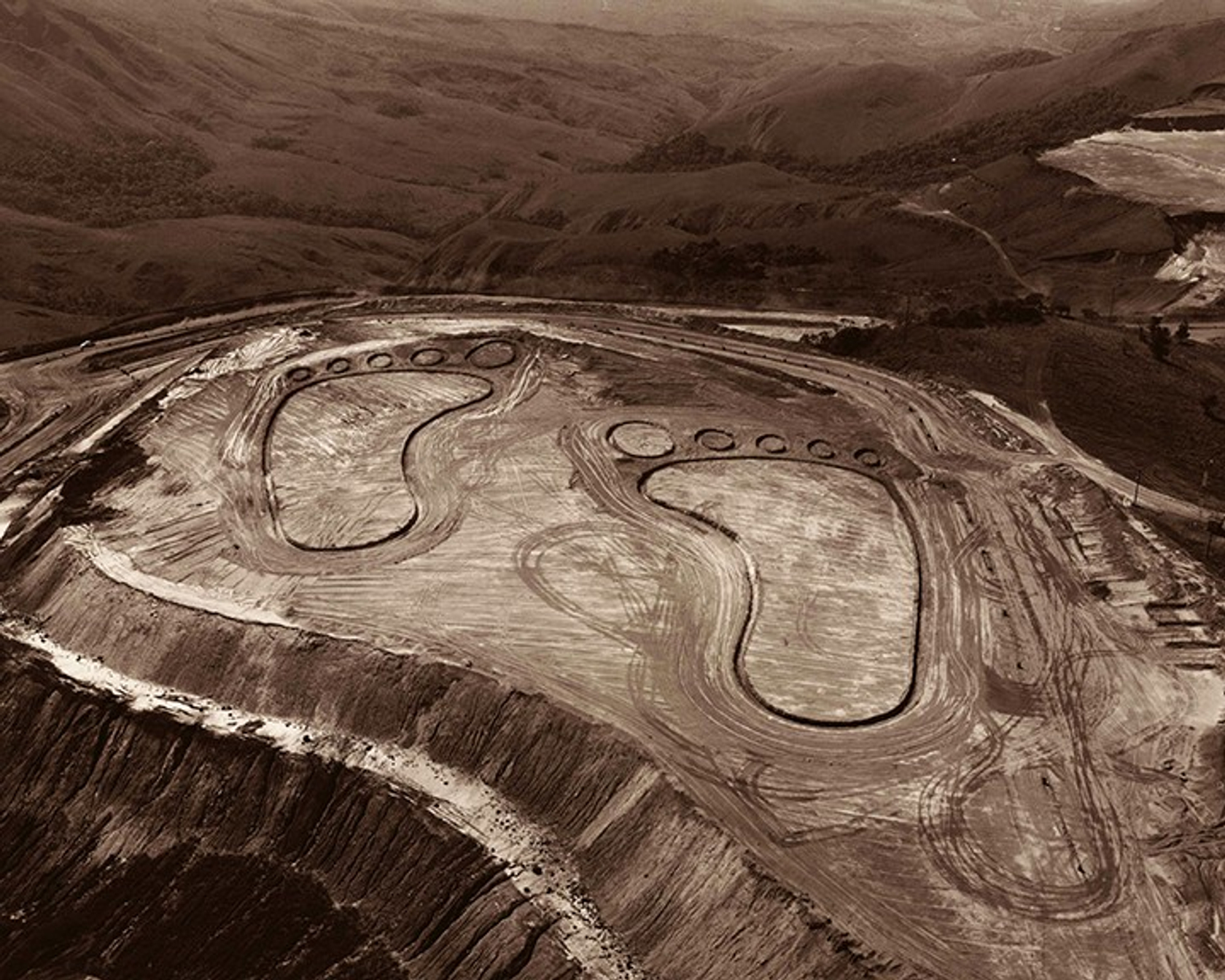 At MIT, artist Vik Muniz has pursued his interests in image production and visual literacy working with researchers in biology, optics, and engineering.

In collaboration with Marcelo Coelho, a PhD candidate in the Fluid Interfaces Group, and Rehmi Post, a Visiting Scientist at the Center for Bits and Atoms, Muniz developed a process to machine microscopic images onto millimeter-wide grains of sand. The images were later transformed into large, high-resolution prints.

With Tal Danino, a Postdoctoral Associate in Dr. Sangeeta Bhatia’s lab at the Koch Institute for Integrated Cancer Research, Muniz used bacteria, cancer and liver cells as the medium for a series of patterns and portraits. They used the bacteria as “paint” in much the same way that stencils or silk-screens are made. Muniz and Danino hope these images will increase awareness of the importance of microscopic organisms, which are vital to life and also can be designed to diagnose and treat disease.

MIT Visiting Artist Vik Muniz presents a selection of projects relevant to his residency at MIT, providing a rare opportunity to learn what an artist sees “behind the curtain of science.”

Filmed over nearly three years, the Academy Award-nominated film Waste Land follows MIT Visiting Artist Vik Muniz from his home base in Brooklyn to his native Brazil and the world’s largest garbage dump, Jardim Gramacho, located on the outskirts of Rio de Janeiro. There, he photographs an eclectic band of “catadores”—self-designated pickers of recyclable materials. Muniz’s initial objective was to “paint” the catadores with garbage. However, his collaboration with these inspiring characters as they re-create photographic images of themselves out of garbage reveals both the dignity and despair of the catadores as they begin to reimagine their lives. Director Lucy Walker and Co-Directors João Jardim and Karen Harley offer stirring evidence of the transformative power of art and the alchemy of the human spirit.

Learn more about the film.

Neil Gershenfeld, Professor of Media Arts and Sciences and Director, MIT Center for Bits and Atoms

Brazilian artist Vik Muniz radically transforms our understanding of image-making by using shifts in scale, photographic manipulation and unexpected materials—from dust and chocolate to grains of sand and industrial garbage—to explore the nature of visual cognition.

Vik Muniz is known for his deep exploration of visual perception and reproductive technologies, informed by the history of science and art, as well as for the extraordinary documentary about his work with the garbage pickers of Rio de Janeiro, Waste Land.

The Creators Project: Creating Sand Castles With a Single Grain of Sand

This is Colossal: The World’s Smallest Sandcastles Built on Individual Grains of Sand by Vik Muniz and Marcelo Coelho

Gizmodo: These Sand Castles Are Actually Castles Carved on Grains of Sand

Wallpaper: Eating out of the petri dish: Vik Muniz and Tal Danino’s bacterial tableware for Bernardaud

Still from "Etching Sand Castles On A Single Grain Of Sand" by The Creators Project.

This is Not a Ball: New Doc by Visiting Artist Vik Muniz Features MIT Alums

Using bacteria, cancer and liver cells as the medium, Vik Muniz and Tal Danino created a series of patterns and portraits using the bacteria as “paint” in much the same way that stencils or silk-screens are made.