"In ‘THIS,’ Truscott has manage...to choreograph a dance of the mind.”
— Gia Kourlas, New York Times 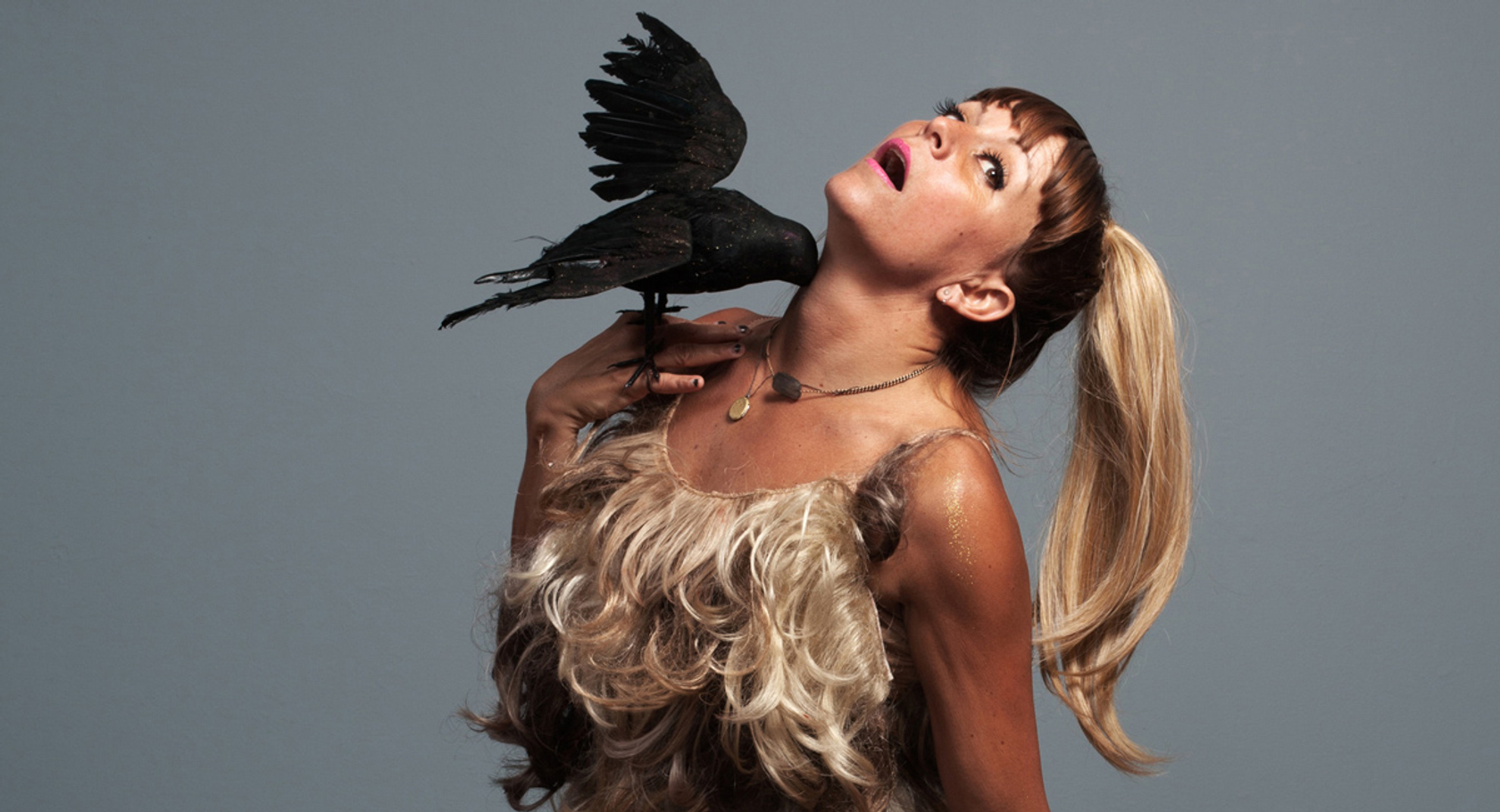 Adrienne Truscott is a choreographer, circus acrobat, dancer, writer, storyteller and comedian. As part of the inaugural MIT Performing series, Truscott’s residency featured performances of her latest solo work, THIS, in Building W97. THIS is a brash, nonlinear confessional that bounces from 2017 feminism to the presidency to unconventional urban living. THIS explores the role of the dancer—and the role of the female body—in the real world with a hypnotic female spirit. Truscott mines her past and current large group and solo pieces for material available for theft and repurposing.

Adrienne Truscott comes to MIT as part of the 2018-19 MIT Performing Series, a prototyping and presenting series curated by Jay Scheib, professor for Music and Theater Arts, and presented by the MIT Center for Art, Science & Technology. MIT Performing promotes a research based artistic practice and serves as a new platform for contemporary performance. MIT Performing is supported in part by the Council for the Arts at MIT.

Adrienne Truscott is a choreographer, circus acrobat, dancer, writer, storyteller and comedian. She has been making genre-straddling performances in New York City and abroad for over 20 years. Truscott was one of 20 artists selected nationally for the inaugural 2014 Doris Duke Impact Artist Award and is a 2017 Foundation for Contemporary Arts grantee for Theater/Performance Art. Her evening-length solo comedic work and group choreographic works have been presented variously at Melbourne International Comedy Festival, Just For Laughs, Darwin Festival, PS122, Joe’s Pub, The Kitchen, Dublin Fringe, Danspace, Boom Arts, New York Live Arts, The Malthouse Theater (Melbourne) and Dance Theater Workshop, among others.

The Wau Wau Sisters, her boundary busting neo-vaudevillian collaboration with Tanya Gagne, have been presented by such iconic venues as the Sydney Opera House (Aus), Joe’s Pub and CBGB’s (NYC), Victoria Arts Center (Melbourne) and The Roundhouse (London). They are fixtures at the Edinburgh, Melbourne, Brighton, Adelaide, Perth and Philadelphia Fringe Festivals and are seen regularly in the international sensations La Soiree and La Clique. They are winners of the prestigious 2009 Herald Angel Award and their contemporaries broadly recognize the influence of their radical and ludicrous take on circus and cabaret.

Truscott’s form-busting and ground-breaking show Adrienne Truscott’s Asking For It: A One-Lady Rape About Comedy Starring Her Pussy and Little Else! won the 2013 Edinburgh Foster’s Panel-Prize, was a finalist for the Total Theater Award for Playing With Form, and is considered a critical impetus to the evolving conversation about rape culture. It continues to tour internationally and has been presented by or included in curriculum at CalArts, New York University, University of Pennsylvania, Princeton University, Lewis and Clark College, among others. Her latest solo performance piece, THIS, was recently nominated for a 2017 New York Performance Award (Bessie) for Outstanding Production.

As a writer, Truscott’s essays have appeared in two Australian anthologies—Women of Letters: Between Us and Doing It: Women Tell the Truth about Great Sex. Other essays have been published in the Guardian, Mamamia and several other print and online publications. She recently appeared as a storyteller at the Sydney Opera House’s Festival of Dangerous Ideas, on the iconic series The Moth and in various live storytelling series.

“In ‘THIS,’  Truscott has managed a real tongue twister: to make a dance about dance with no dance in it… to choreograph a dance of the mind.”

“Truscott is the poster woman for today’s working artist. Instead of compartmentalizing her countless roles, the salty-tongued artist embraces her circus artist/dancer/comedian/activist/essayist self in performance.”

CAST Blog, “What the Hell is THIS?”

The Guardian, “Adrienne Truscott: nudity is a very inexpensive and effective costume”

The New York Times, “In ‘Asking for It,’ Adrienne Truscott Reappropriates the Rape Joke”

Article: "What the Hell is THIS?"