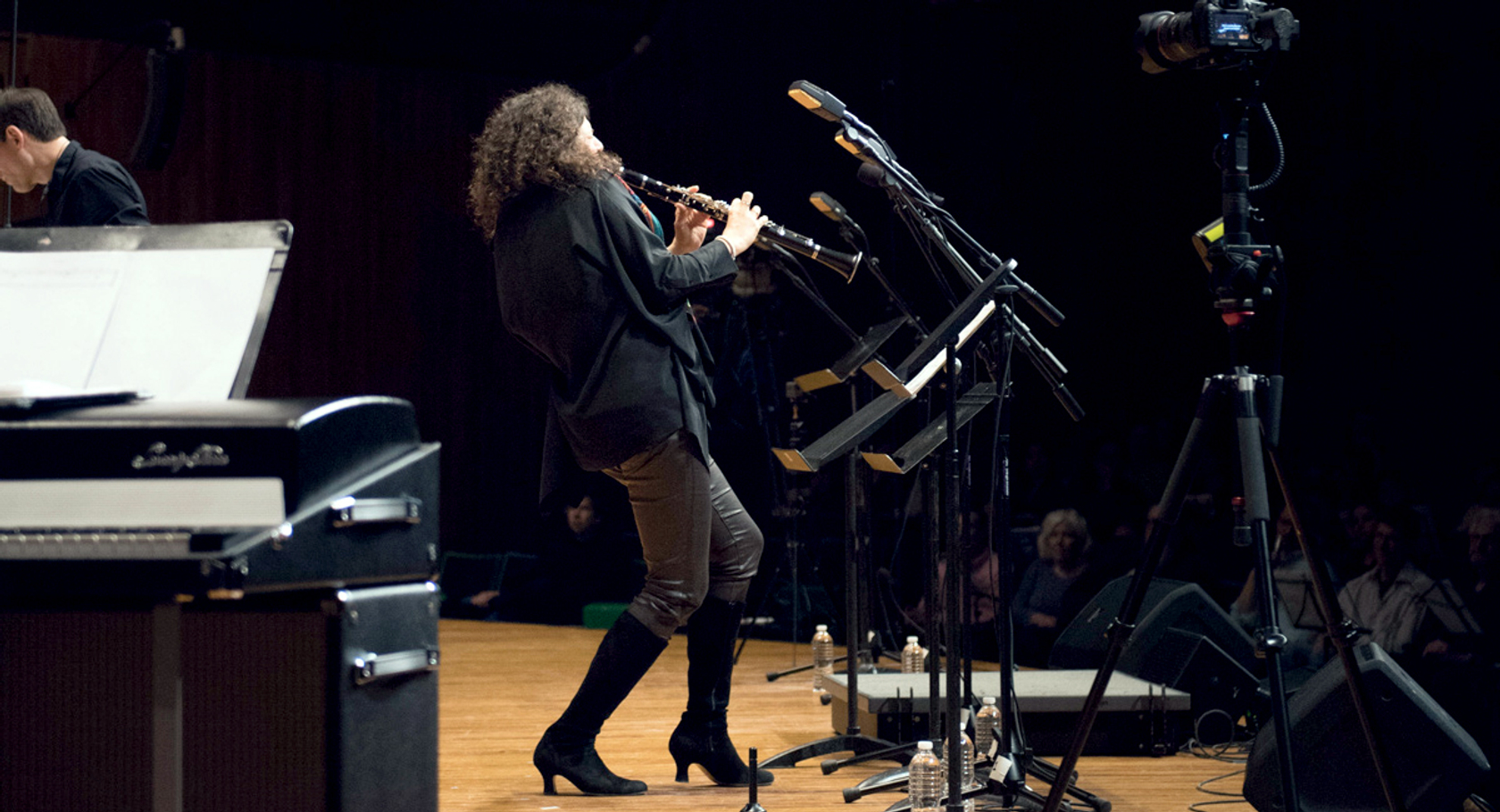 "...one of the leading clarinetists of her generation."
— Time Out New York 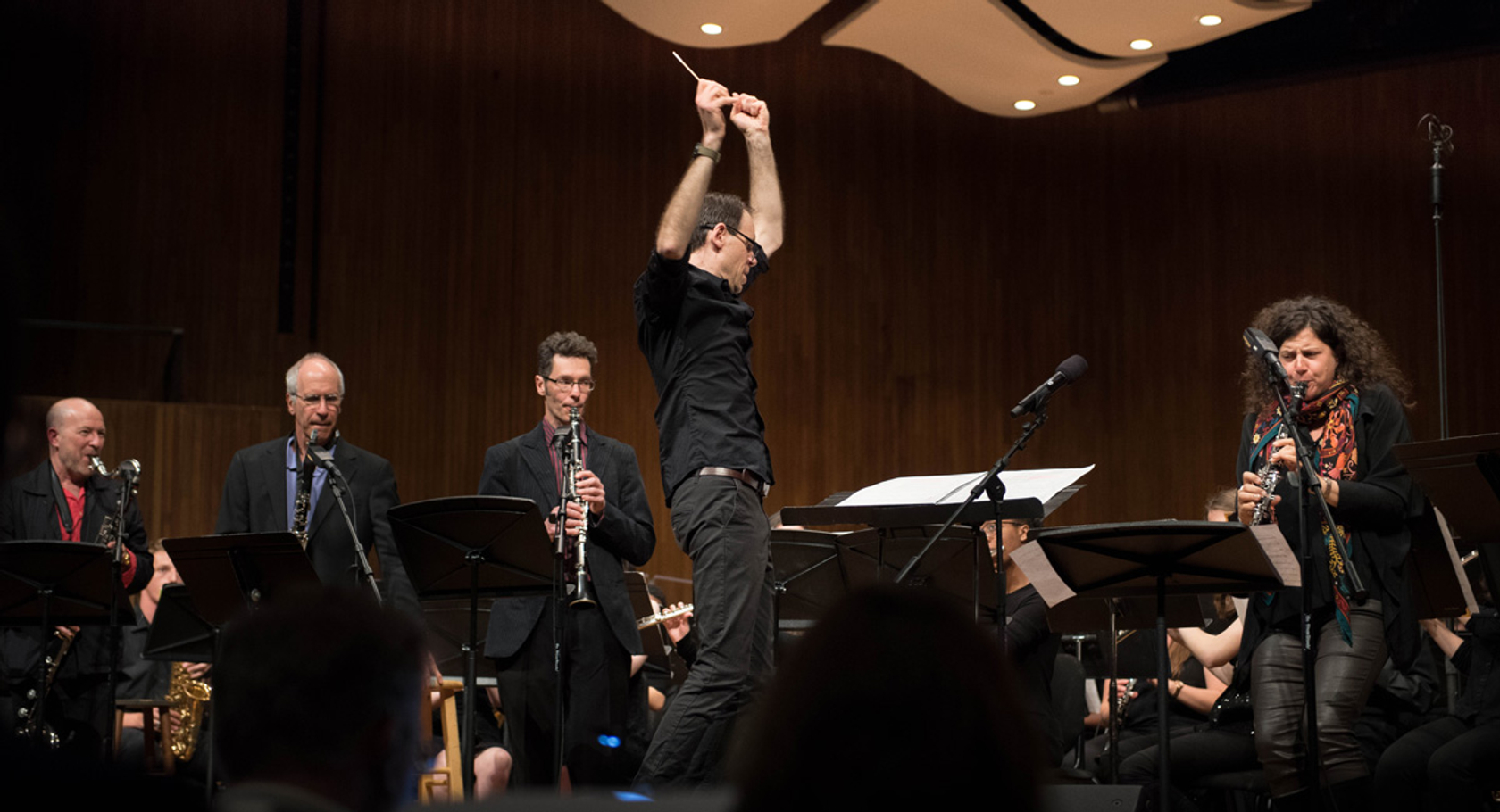 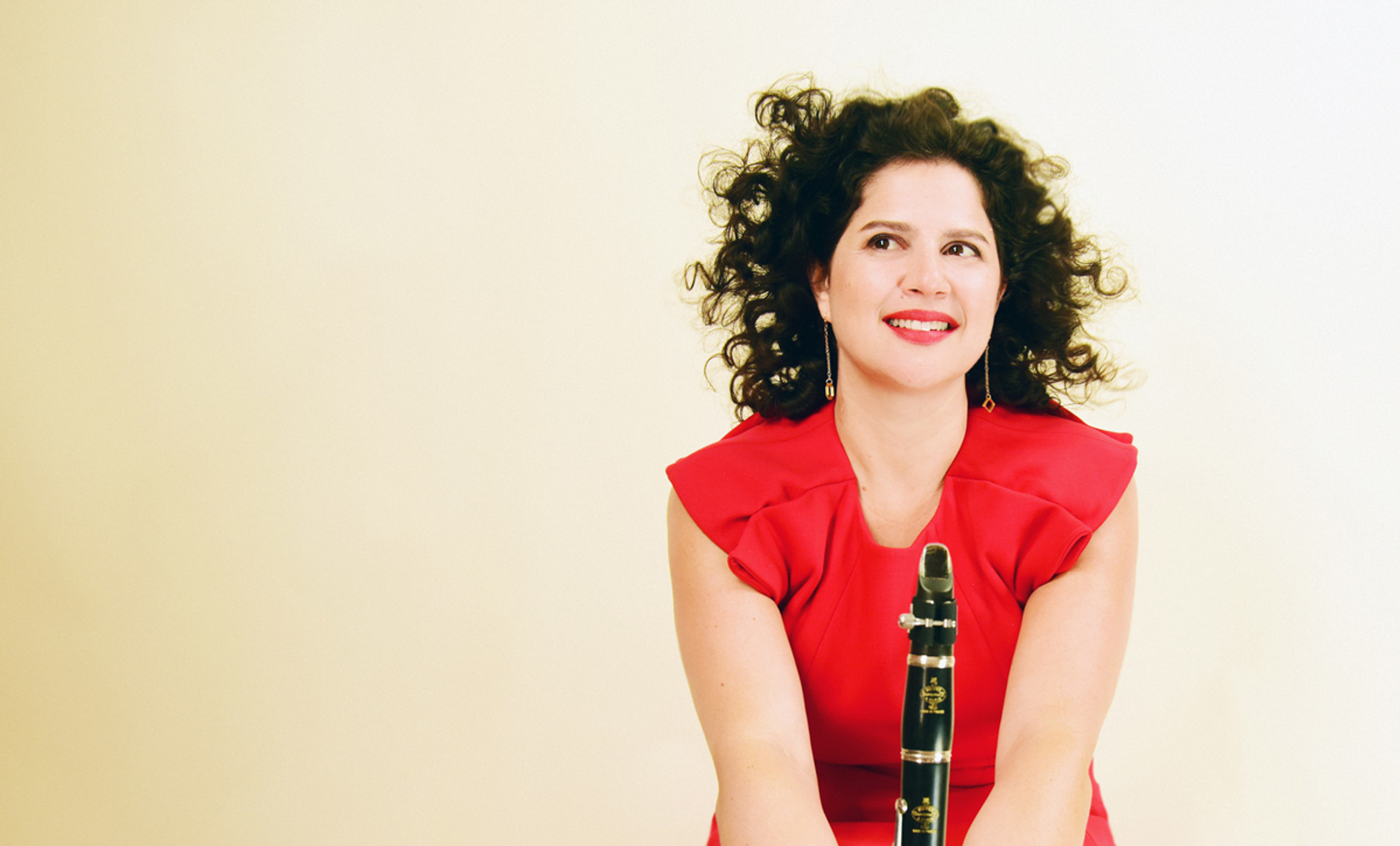 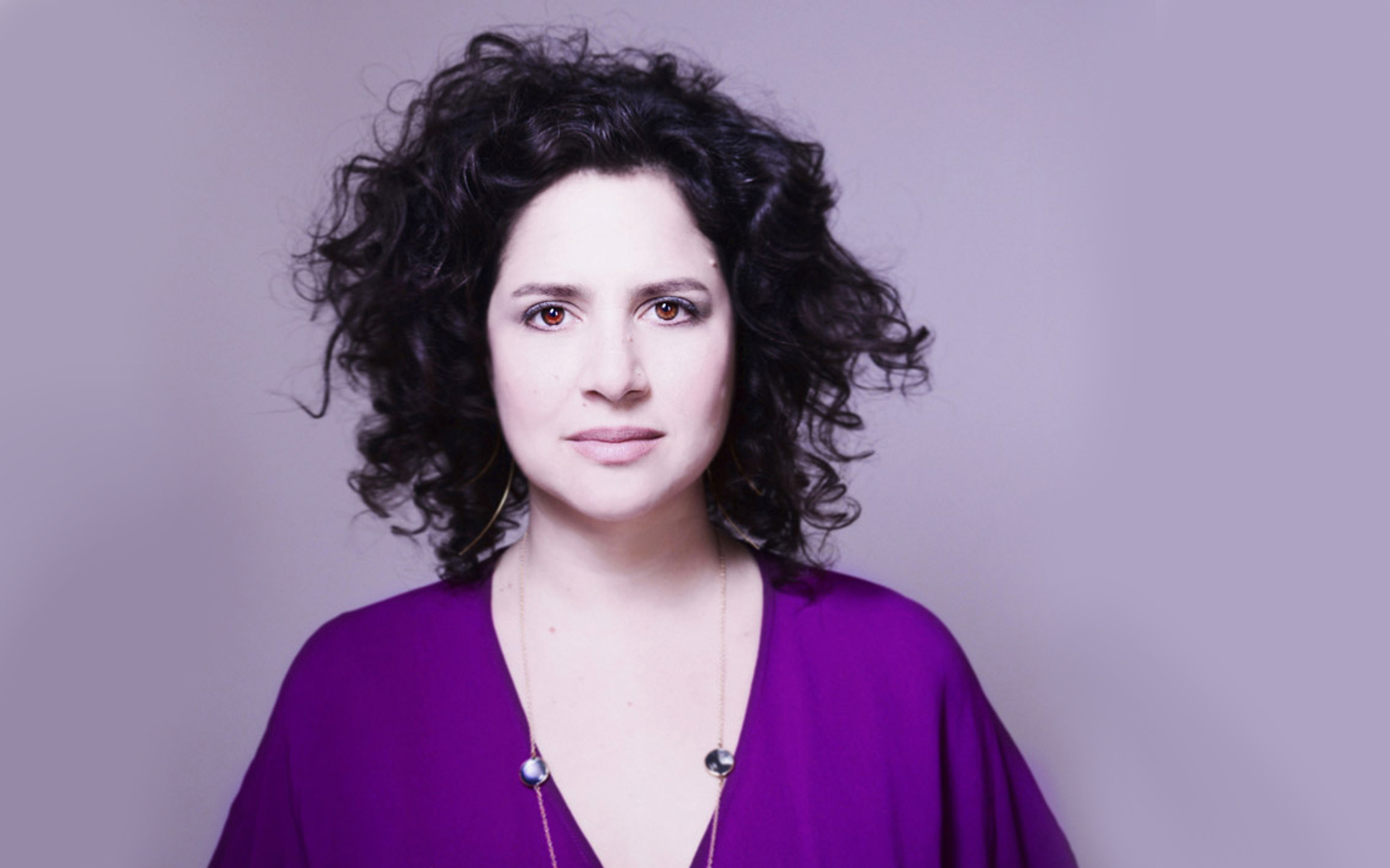 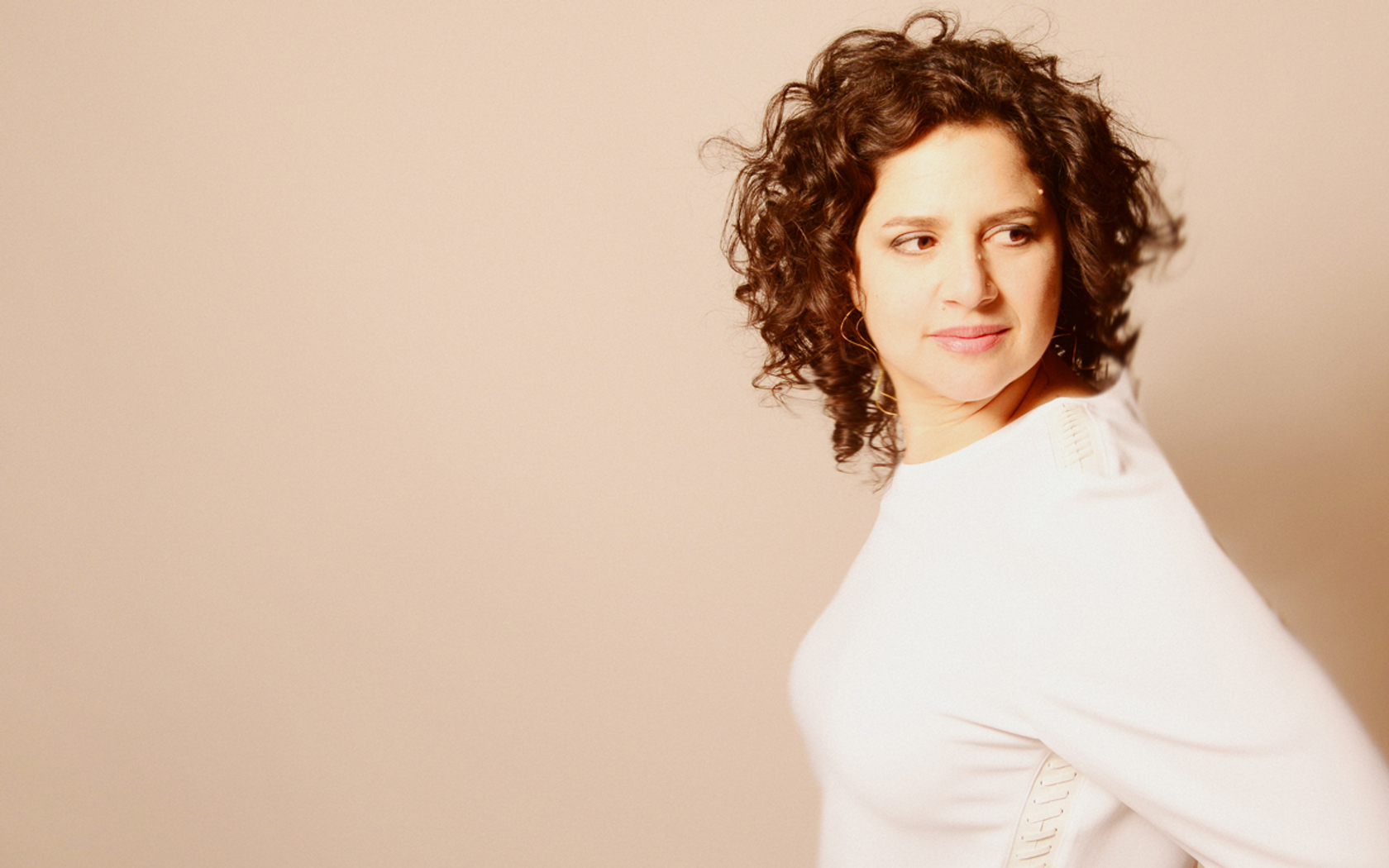 In this present moment of global pandemic, racial injustice, and the economic devastation of the cultural sector, CAST introduces a new category of appointment for 2020-21, Virtual Visiting Artists. The three distinguished artists—Don Byron, Anat Cohen, and Luciana Souza—bring breadth, scope, and energy to MIT during a period when most learning is online and remote. This new program will draw upon wide-ranging facets of their artistry and cultural heritage and bring expertise in specific musical cultures that are currently underrepresented in MIT’s curriculum..

As a CAST 2020-21 Virtual Visiting Artist, Israeli clarinetist Anat Cohen expands on her previous collaborations with MIT with presentations on developing a personal approach to sound and improvisation through classical, jazz, and various world musics. Cohen will also lead class lectures, masterclasses, small group sessions, and individual lessons to enliven and enrich both the online learning and cultural lives of MIT students during this challenging time of COVID-19.

On Stage with The 3 Cohens—Improvisation, Performance, and Trust

In addition to working with MIT jazz musicians, the Cohens will share their insights from performing together since childhood, and professionally for two decades.

Topics will include approaches to improvisation, a cappella instrumental playing, listening, composing, and forming trust in rehearsals and performances.

Register to receive a Zoom link

Jazz and Gender: Moving Toward an Equitable Future

The event was streamed live on Zoom.

How do biases in jazz affect women and nonbinary musician’s participation?  How do we move toward an equitable future to ensure that the art form reaches its full potential? How do we address the disparity and improve conditions to create a nurturing environment in which musicians on all parts of the gender spectrum can be supported in their education and careers?

Comprehensive Musicianship from the Page and Freedom From It!
October 2, 2020 / 2-3:30pm
The event was streamed live on Zoom

Anat Cohen presented an interactive performance-demonstration exploring the infinite variety of expression in sound, gesture, and intention via jazz and non-jazz styles.

The final concert of the 2017-18 season of MIT Sounding, this unique event featured renowned clarinetists Don Byron, Anat Cohen, Evan Ziporyn, Billy Novick, and Eran Egozy along with the MIT Festival Jazz Ensemble and MIT Wind Ensemble led by Music Director Frederick Harris, Jr. The exciting and eclectic program included a movement from Don Byron’s Concerto for Clarinet and Wind Ensemble and the world premiere of Jamshied Sharifi’s Ornament of the World, a community play-along piece featuring all guest soloists and attending clarinetists of all ages.

Watch the full length recording of the event

Frederick Harris, Director of the MIT Wind Ensemble and the MIT Festival Jazz Ensemble and a Lecturer in Music in Music and Theater Arts

Evan Ziporyn, Kenan Sahin Distinguished Professor of Music in Music and Theater Arts and the Faculty Director of the MIT Center for Art, Science and Technology

Grammy-nominated clarinetist-saxophonist Anat Cohen has won hearts and minds the world over with her expressive virtuosity and delightful stage presence. The Jazz Journalists Association has voted Anat as Clarinetist of the Year ten years in a row, and she has topped both the Critics and Readers Polls in the clarinet category in DownBeat magazine every year since 2011. That’s not to mention years of being named Rising Star in the soprano and tenor saxophone categories in DownBeat, as well as for Jazz Artist of the Year. In 2009, ASCAP awarded Anat a Wall of Fame prize for composition and musicianship, among other honors. In 2018, she was nominated for two Grammy awards:  The Best Latin Jazz Album for Outra Coisa – The Music of Moacir Santos, a collaboration with Marcello Gonçalves, and The Best World Music Album for Rosa Dos Ventos, a collaboration with Trio Brasileiro. She’s currently supporting her 2017 release “Happy Song” with her ten piece ensemble – the Anat Cohen Tentet, in addition to duo concerts with acclaimed pianist Fred Hersch in support of their 2018 release – “Live in Healdsburg”.

Having first appeared at the Newport Jazz Festival in 2007, she had the honor of being the music director for the Newport Jazz Festival Now 60! all-star band that toured the U.S. on the occasion of the festival’s 60th anniversary in 2014. Anat is a fixture on the New York scene at such clubs as Birdland, starring in a recent tribute to the music of Django Reinhardt there, among much else. Anat has also appeared in New York at the Village Vanguard, Jazz Standard, Blue Note, Iridium, Joe’s Pub, Greenwich House and the Jazz Gallery, as well as other top clubs across the country and around the world – Yoshi’s in San Francisco, Blues Alley in Washington, D.C., Regatta Bar in Boston, the Sunset in Paris, Bimhuis in Amsterdam, Jazzclub Fasching in Stockholm, A Trane in Berlin and Zappa in Tel Aviv. She has performed at Carnegie Hall, Lincoln Center and Symphony Space in New York, along with Washington, D.C.’s Kennedy Center, Newark’s New Jersey Performing Arts Center, Boston’s Berklee Performance Center, the ORF-Kulturhaus in Vienna and Belgrade’s Kolarac Hall in Serbia.

Clarinetists play along in the audience at the Great Clarinet Summit. Credit Sham Sthankiya.

Read more: "The Great Clarinet Summit Shines a Light on an Oft-Overlooked Instrument"