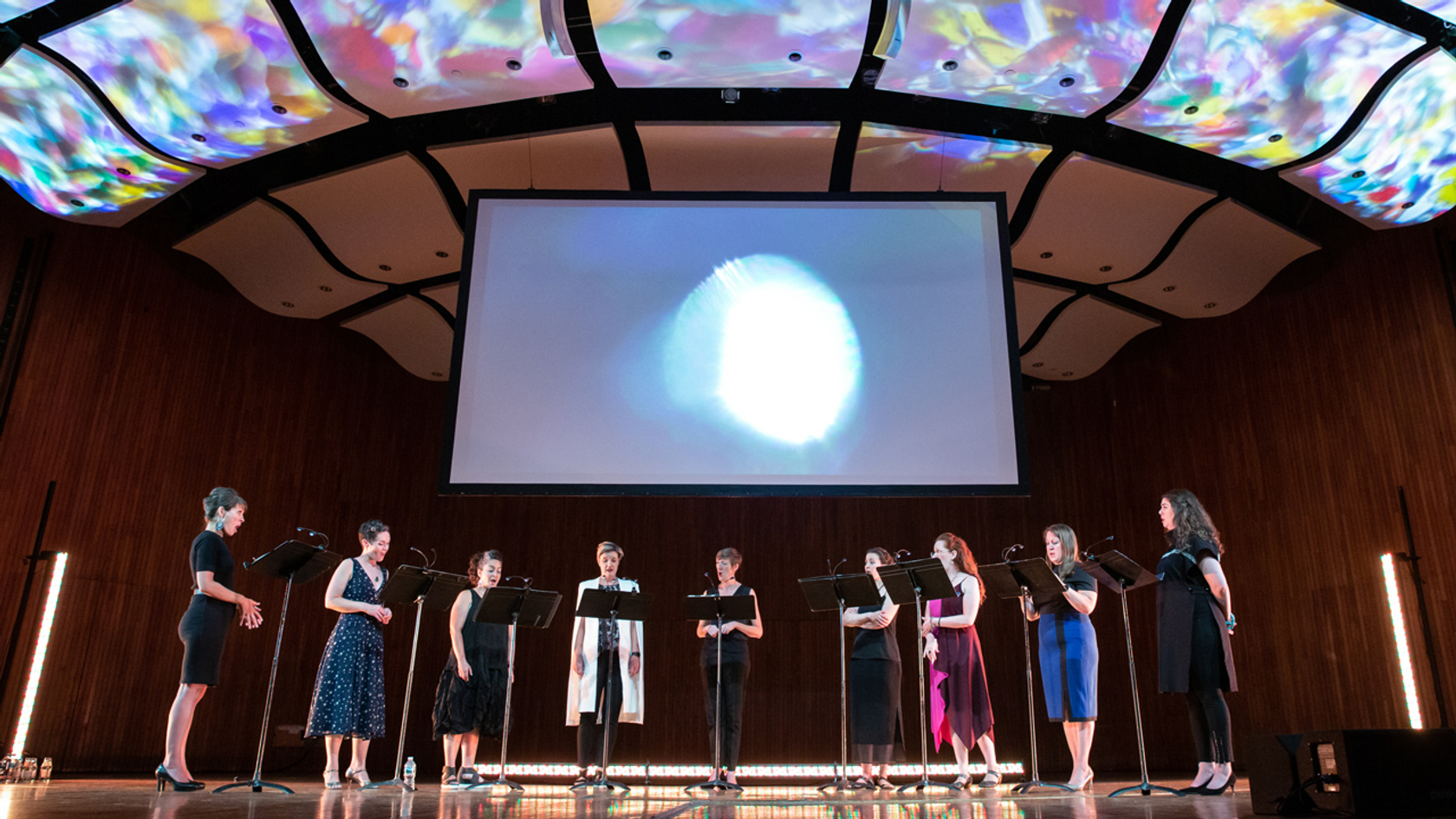 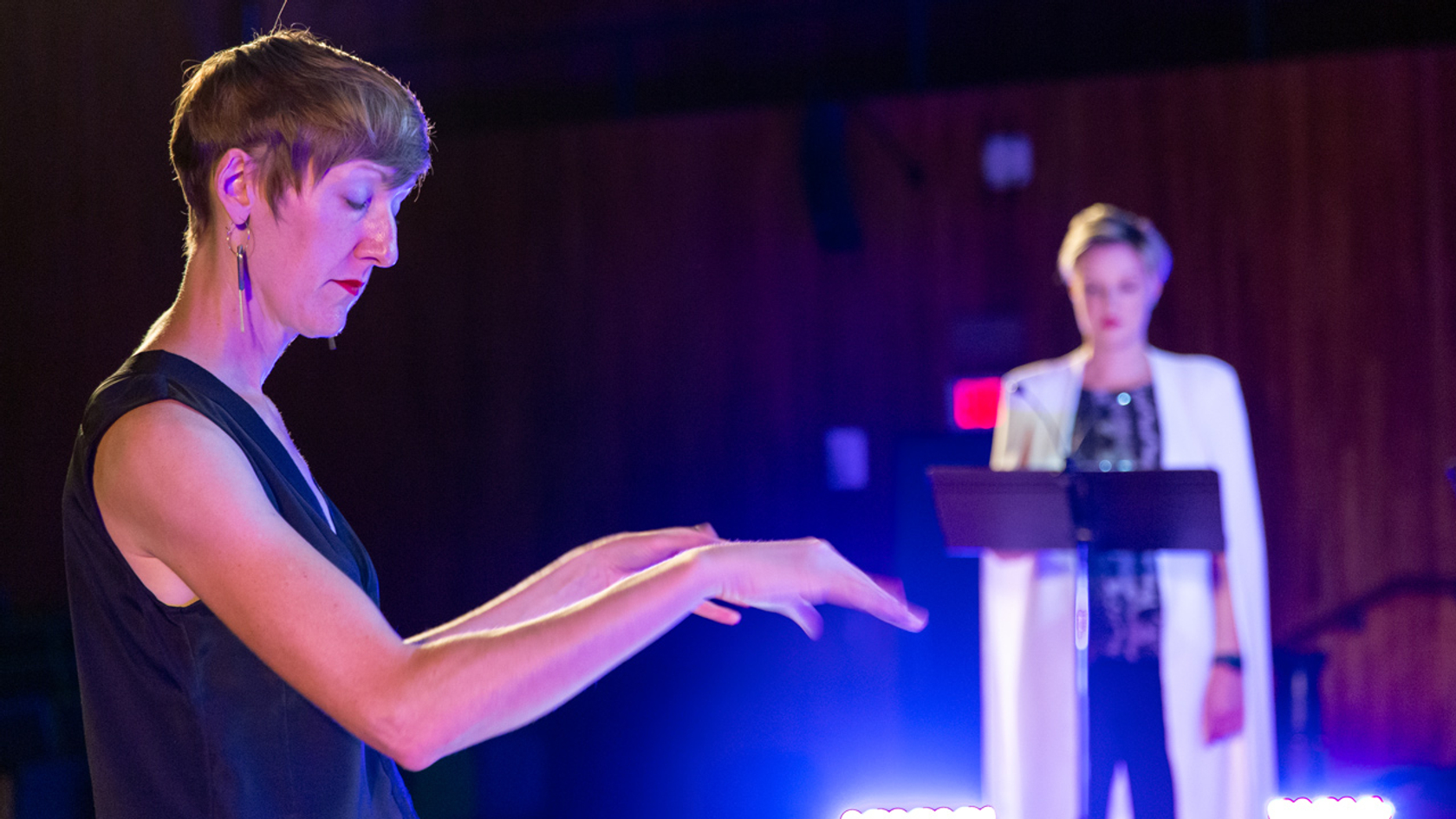 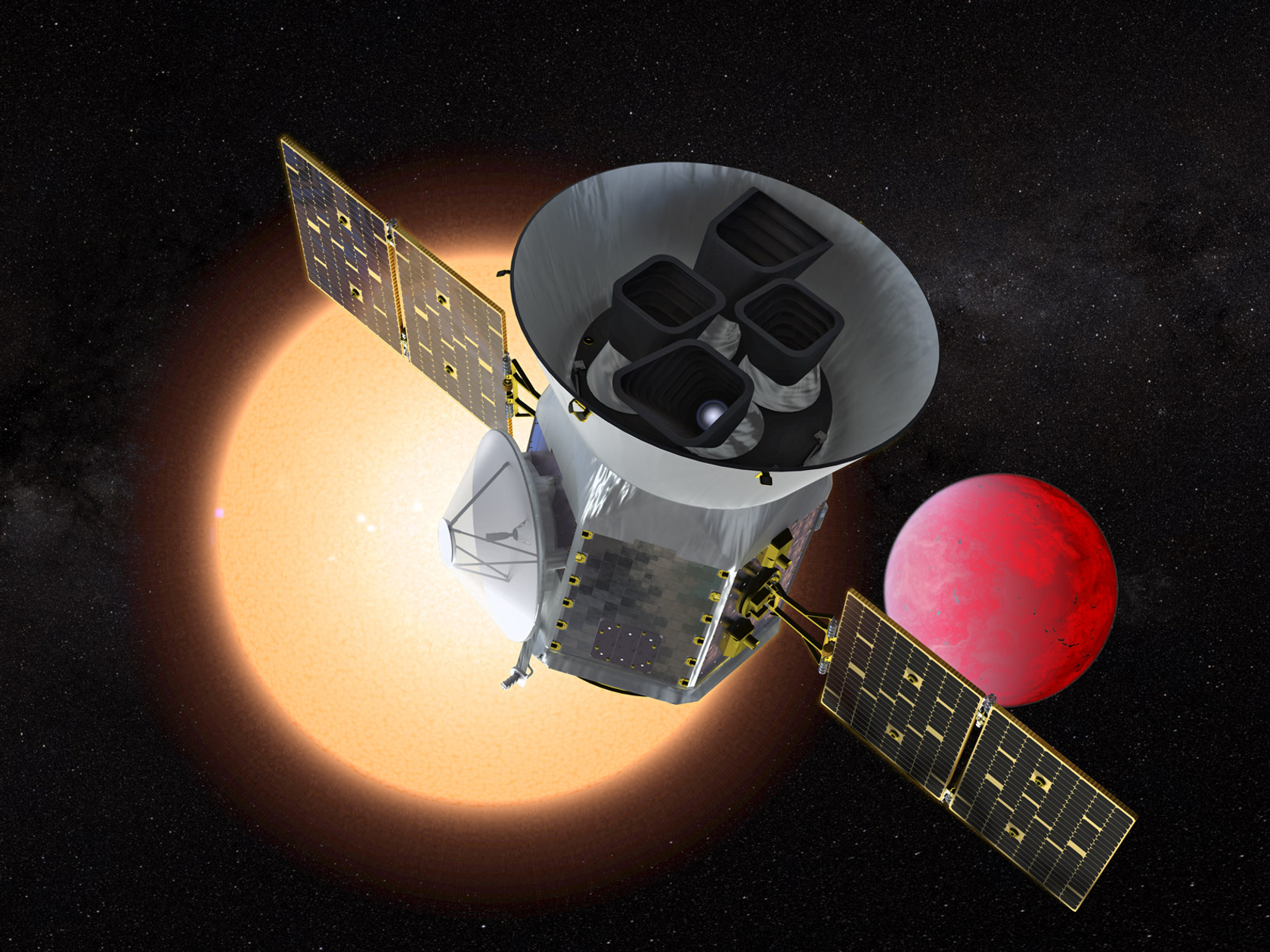 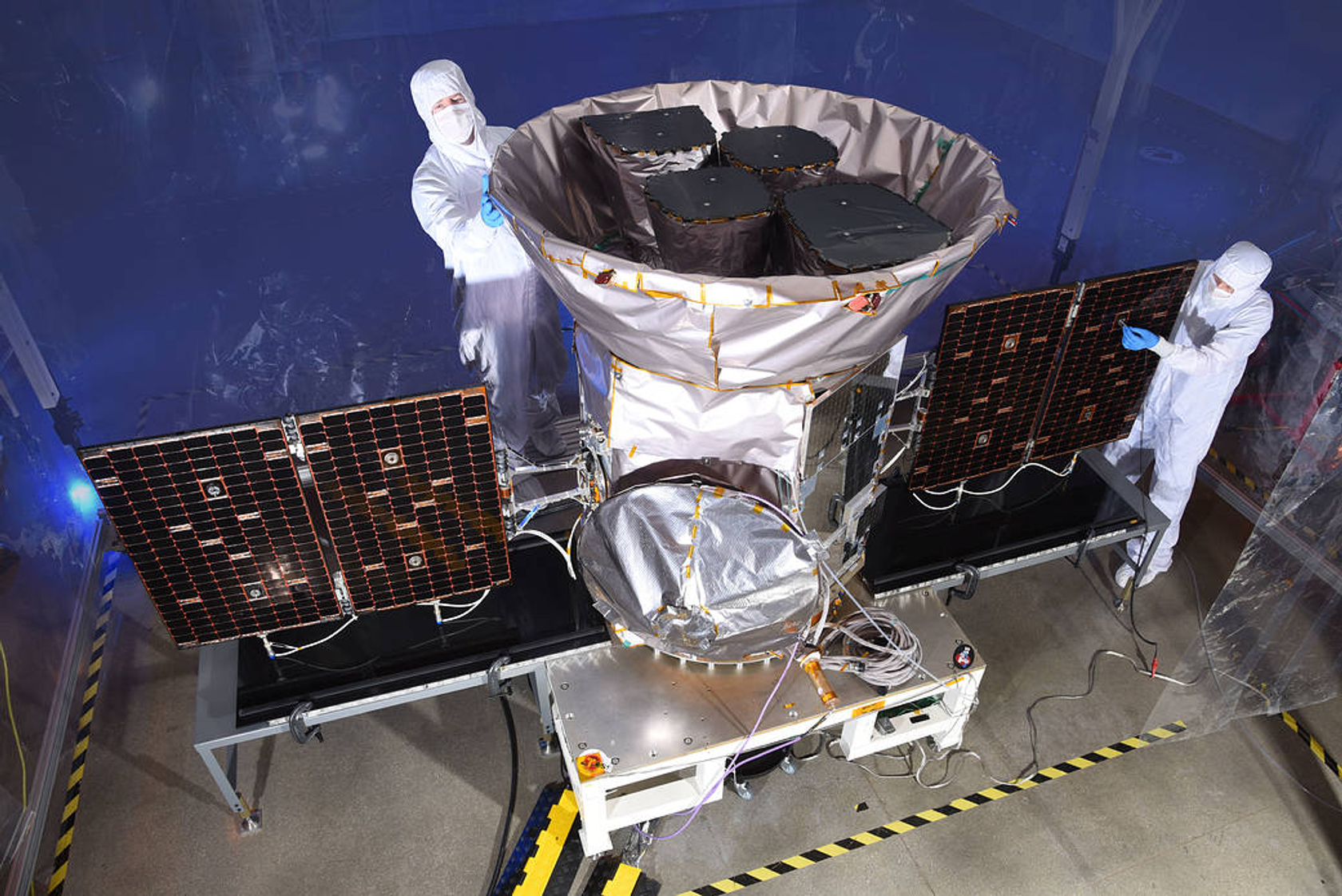 Translating the cosmos into music

Exoplanet astronomy has sought to answer fundamental questions about humanity’s place in the universe: What is essential for life? Are we alone? Are we unique?

For astronomers and the public, the concert serves as an opportunity for reflection on the progress made in answering these questions and as a source of inspiration for what is to come in the human search for understanding.

Songs from Extrasolar Spaces features Boston’s Lorelei Ensemble performing works by composers Meredith Monk and Molly Herron, and premiering new works by Institute Professor John Harbison and MIT Music and Theater Arts Lecturer Elena Ruehr. The lyrics for each piece are inspired by discoveries in astronomy — exoplanets, in Ruehr’s case. She explains, “As a composer, discovering new works that express the beauty of infinite space has long been an idea of mine. My work was specifically written to make a palette that transcends space and time.”

Songs from Extrasolar Spaces is presented with support from TESS, Northrop Grumman, the MIT Center for Art, Science & Technology, MIT Music and Theater Arts, and the Lorelei Ensemble. Natalia Guerrero is an astronomer committed to drawing connections between science and the arts. She works at the MIT Kavli Institute for Astrophysics and Space Research identifying exoplanet candidates as the TESS Objects of Interest (TOI) Manager and MIT-TESS Communications Lead. She​ studied physics and creative writing at MIT and graduated in 2014. In addition to planet-hunting, she creates works for theater and radio and makes multi-media art inspired by her experiences in astronomy and particle physics.

Institute Professor and composer John Harbison is among America’s most distinguished artistic figures. The recipient of numerous awards and honors, among them a MacArthur and a Pulitzer, Harbison has composed music for most of America’s premier musical institutions, including the Metropolitan Opera, Chicago Symphony, Boston Symphony, New York Philharmonic, and the Chamber Music Society of Lincoln Center. His catalog includes three operas, six symphonies, 12 concerti, a ballet, five string quartets, numerous song cycles and chamber works, and a large body of sacred music that includes cantatas, motets, and orchestral-choral works.

Lorelei Ensemble advances the women’s vocal ensemble through passionate, engaging artistry and creative collaboration. Committed to a fresh and culturally relevant repertoire, Lorelei reimagines and cultivates bold compositional voices in performances that transform audience perspectives and expectations. Heralded for its “warm, lithe, and beautifully blended” sound (The New York Times), “impeccable musicality” (The Boston Globe), and unfailing display of the “elegance, power, grace, and beauty of the human voice” (The Boston Musical Intelligencer), Boston’s Lorelei Ensemble is recognized nationally for its bold and inventive programs that champion the extraordinary flexibility and virtuosity of the human voice. Lorelei is an all-professional vocal ensemble, featuring nine women whose expertise ranges from early to contemporary repertoire, and whose independent careers as soloists and ensemble singers across the globe lend to the rich and diverse vocal palette that defines the ensemble’s thrilling delivery of “exact, smooth, and stylish” programming (The Boston Globe). Under the direction of founder and artistic director Beth Willer, Lorelei Ensemble has established a remarkable and inspiring artistic vision, curating culturally relevant and artistically audacious programs that stretch and challenge the expectations of artists and audiences alike.

Elena Ruehr says of her music: “The idea is that the surface be simple, the structure complex.” Her work has been described as “sumptuously scored and full of soaring melodies” (The New York Times) and “unspeakably gorgeous” (Gramophone).

An award-winning composer at MIT, Ruehr has also been a Guggenheim Fellow, a fellow at Harvard University’s Radcliffe Institute for Advanced Study, and a composer-in-residence with the Boston Modern Orchestra Project, which performed and recorded her major orchestral works (O’Keeffe Images, BMOP Sound) as well as the opera Toussaint Before the Spirits (BMOP Sound). Three of her six string quartets were commissioned by the Cypress String Quartet, who have recorded Six String Quartets by Elena Ruehr (Avie) with the Borromeo Quartet and Stephen Salters.

Ruehr’s other recordings include Averno (Avie with the Trinity Choir, Julian Wachner conducting), Jane Wang considers the dragonfly (Albany), Lift (Avie), Shimmer (Metamorphosen Chamber Ensemble on Albany), and Shadow Light (The New Orchestra of Washington with Marcus Thompson on Acis), among others.

“Sumptuously scored and full of soaring melodies and piquant harmonies.”

“Underneath the music’s surface serenity was a primal energy that built to a powerful climax both thrilling and disturbing.”

MIT News: "The music of the spheres"