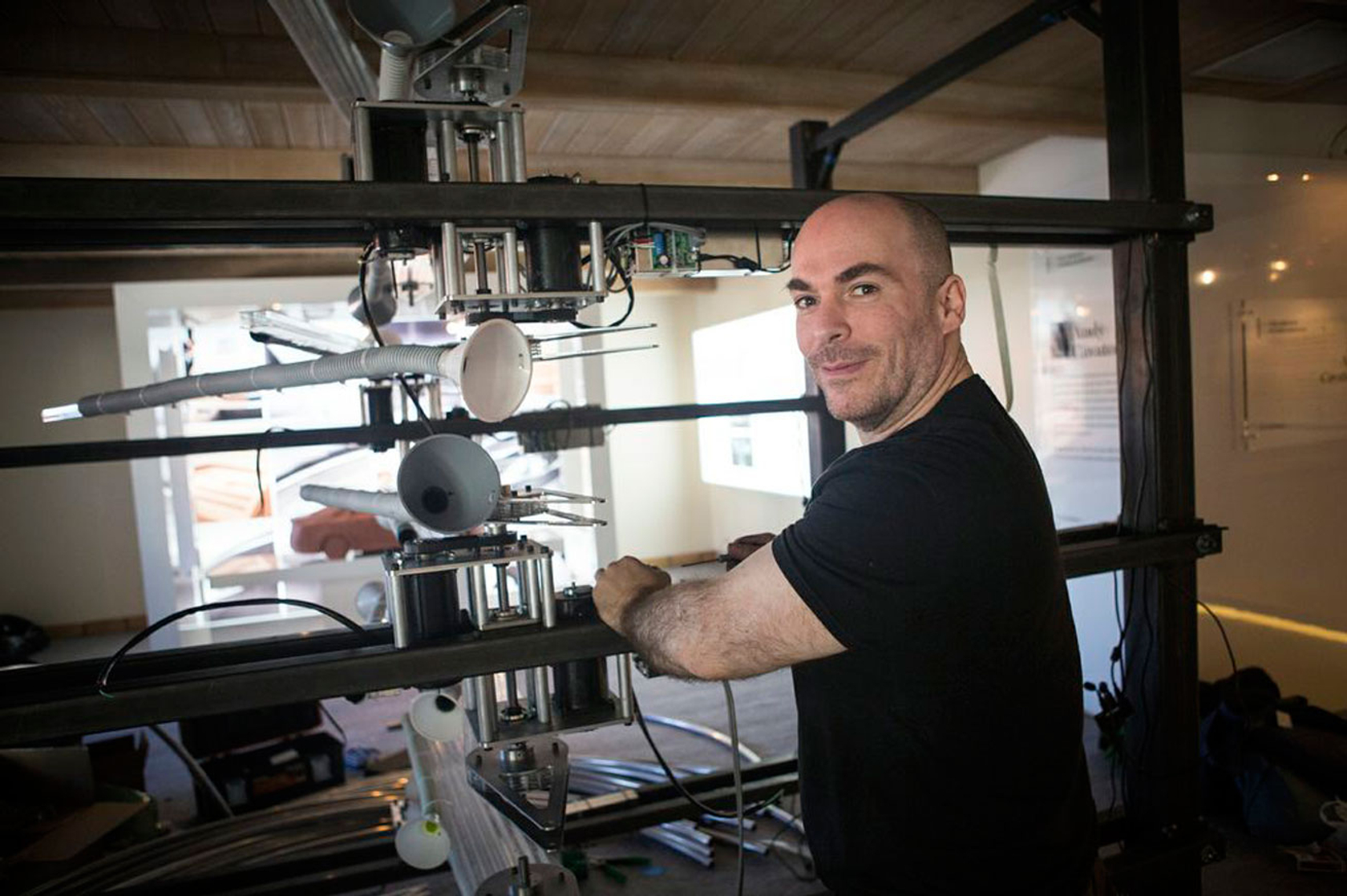 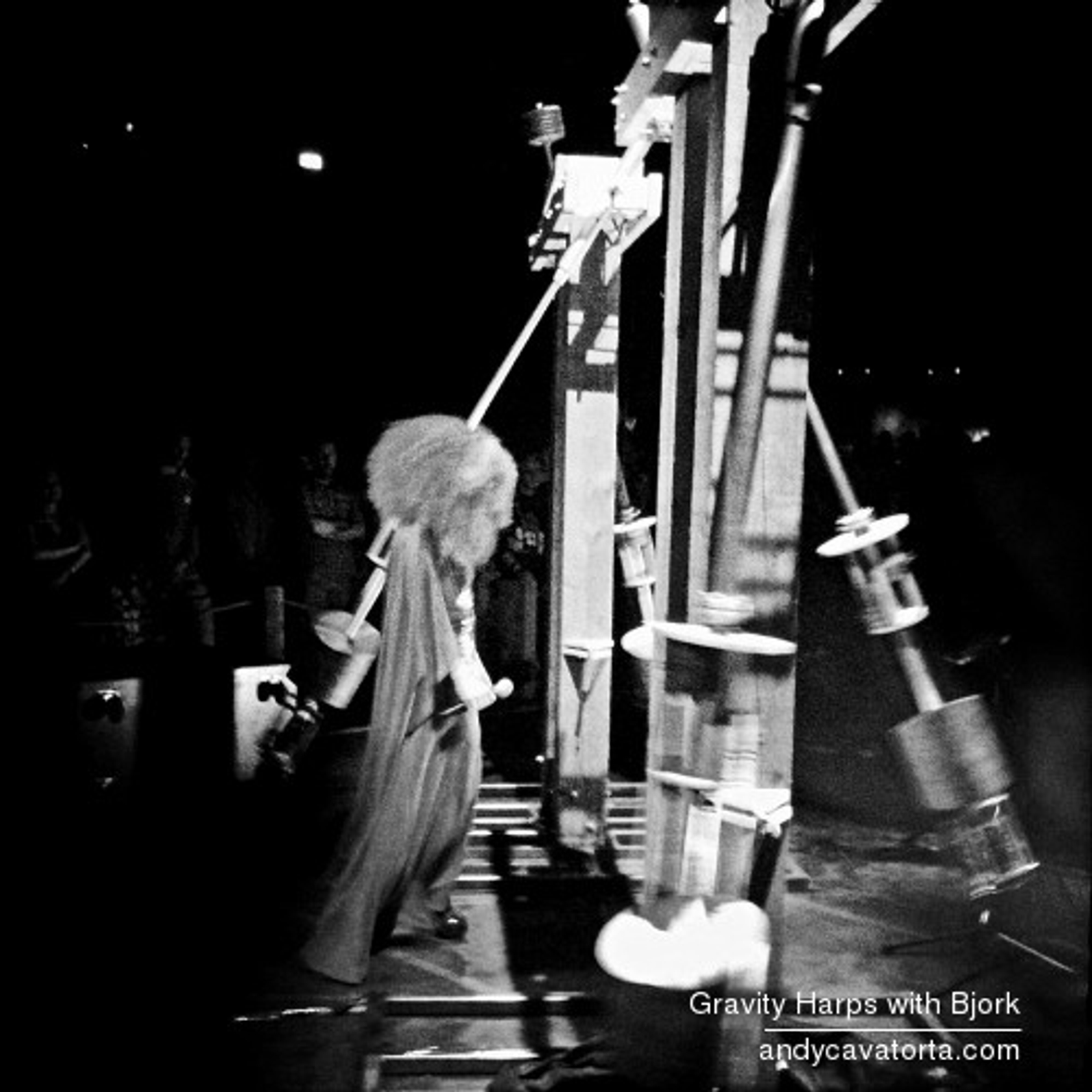 Through the design of such complex and experimental instruments, Andy Cavatorta explores the ways in which we create meaning through sound.

Artist Andy Cavatora’s visit to the Institute was part of MIT Sounding, an innovative annual performance series that blurs the boundaries between contemporary and world music. The foundations for the MIT Sounding series were laid in Spring 2013 by Evan Ziporyn, Faculty Director of the MIT Center for Art, Science & Technology, when he united sound and media artists across genres to present new music at the cutting edge to his class, “Music and Technology.”

Andy Cavatorta is a New York-based designer and inventor focusing largely on interactive design, robotics, and film. A graduate of MIT’s Media Lab, Cavatorta has designed an array of robotic musical instruments including the BloBot and Whirly-Bot. Recently, he created four unique Gravity Harps for Björk’s nature-themed album Biophilia, which premiered at the Manchester International Festival. Each is a three-meter-long pendulum with a cylindrical harp on the end. Gravity is used to set and synchronize the musical rhythms, while computers control the sequence of notes.

Other major collaborations include robot control systems for Amorphic Robot Works, aspects of Nearlife’s Virtual Fishtank and interactive design and programming for the Museum of Science exhibit Star Wars: Where Science Meets Imagination.