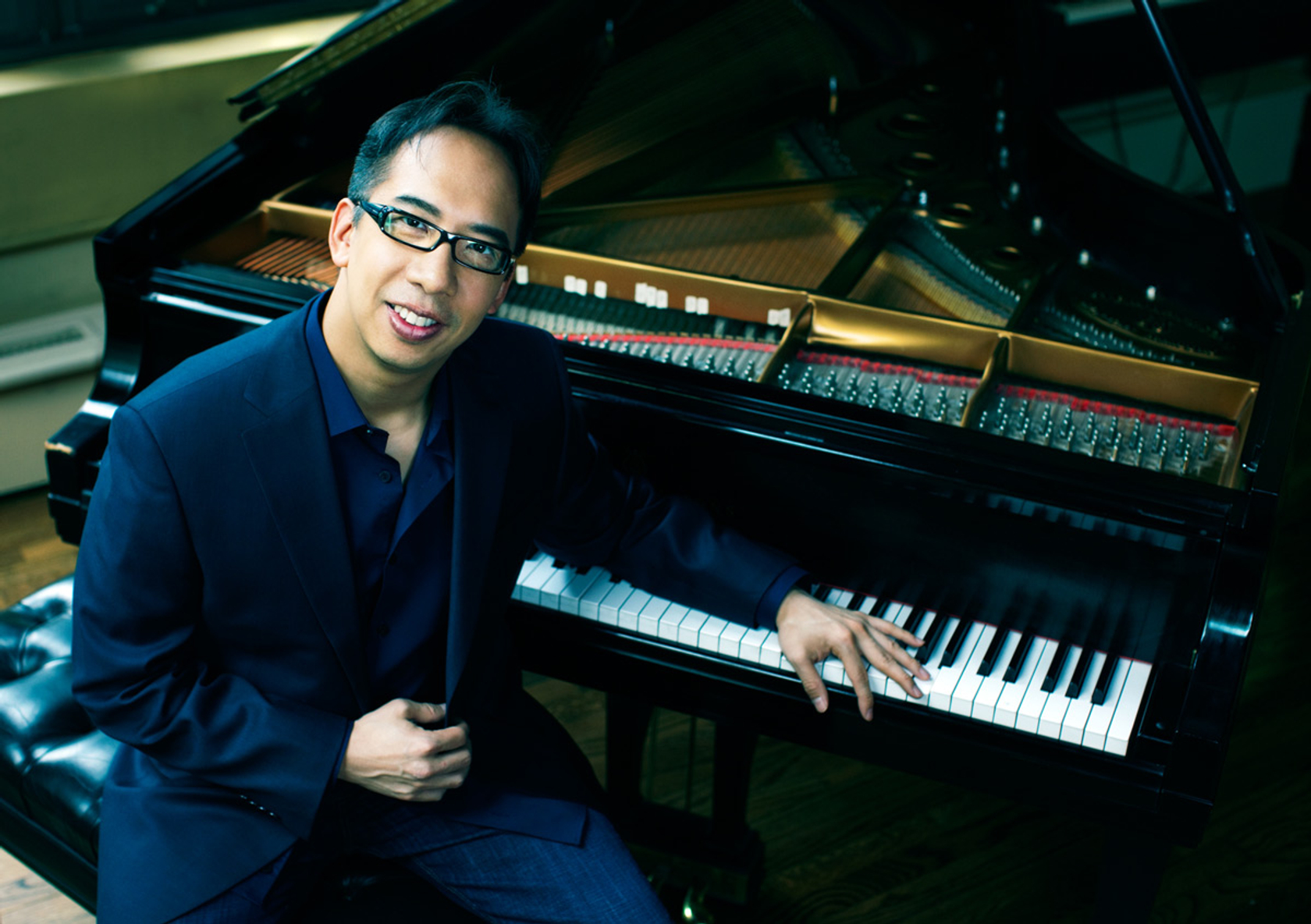 Joel Fan. Courtesy of the artist.

Celebrated for his exuberant virtuosity and a bold repertoire that embraces piano classics and inspired discoveries of contemporary and world music, Joel Fan reinvents the piano recital by illuminating the rare and unexpected—creating, in the words of the Baltimore Sun’s critic Tim Smith, “one of the most satisfying piano performances I’ve heard.”

At MIT in spring 2019, Fan collaborates with MIT composition students as they develop their own new works. On April 18, 2019, Fan performs a bold selection of works by MIT composers as part of MIT Sounding.

The 2018-19 MIT Sounding Series was presented by the MIT Center for Art, Science & Technology (CAST) and MIT Music and Theater Arts.

Pianist Joel Fan is acclaimed as “soaring” (Los Angeles Times), “fantastic” (The Washington Post) and possessing a “probing intellect and vivid imagination” (The New York Times). Celebrated for his exuberant virtuosity and a bold repertoire that embraces piano classics and inspired discoveries of contemporary and world music, Fan reinvents the piano recital by illuminating the rare and unexpected—creating, in the words of the Baltimore Sun’s critic Tim Smith, “one of the most satisfying piano performances I’ve heard.”

As a concerto soloist, Fan has performed over 40 different concertos with orchestras worldwide, including the New York Philharmonic, the Royal Stockholm Philharmonic, the Odessa Philharmonic, Singapore Symphony, the Boston Pops and London Sinfonietta, with conductors such as David Zinman, Zubin Mehta, Alan Gilbert, Keith Lockhart and David Robertson. According to the Boston Music-Intelligencer: “We’ve heard many of the great pianists…. Fan belongs in the company of the best.”

As a recitalist, Fan has found an enthusiastic following on numerous stages ranging from the Ravinia Festival in Chicago, Jordan Hall in Boston and Calgary Celebrity Series to the Metropolitan Museum of Art in New York City and the National Gallery of Art in Washington, DC. Internationally, Fan has performed recitals on four continents—most recently in tours of China, Cuba and South America. Along with his innovative programming, Fan delivers Mozart with “eloquence and sensitivity” (The Boston Globe), and brings “a steely power and feather-light touch to Prokofiev… and red-blooded Romantic gestures in Kirchner’s sonata” (The New York Times). “He deserves special praise for the spontaneity, wit, and emotional urgency he drew from the music of Bolcom and Carter” (The Washington Post).

As a “champion of new music” (The Boston Globe), Fan is also recognized for his work with cellist Yo-Yo Ma as a member of the Silk Road Ensemble, appearing at Carnegie Hall and the John F. Kennedy Center for the Performing Arts in Washington, DC, and on the television programs Good Morning America and Late Night with David Letterman. Fan has also collaborated with numerous leading ensembles, including the Shanghai Quartet, Orion Quartet, Imani Winds and A Far Cry chamber orchestra.

“One of the most satisfying piano performances I’ve heard.”