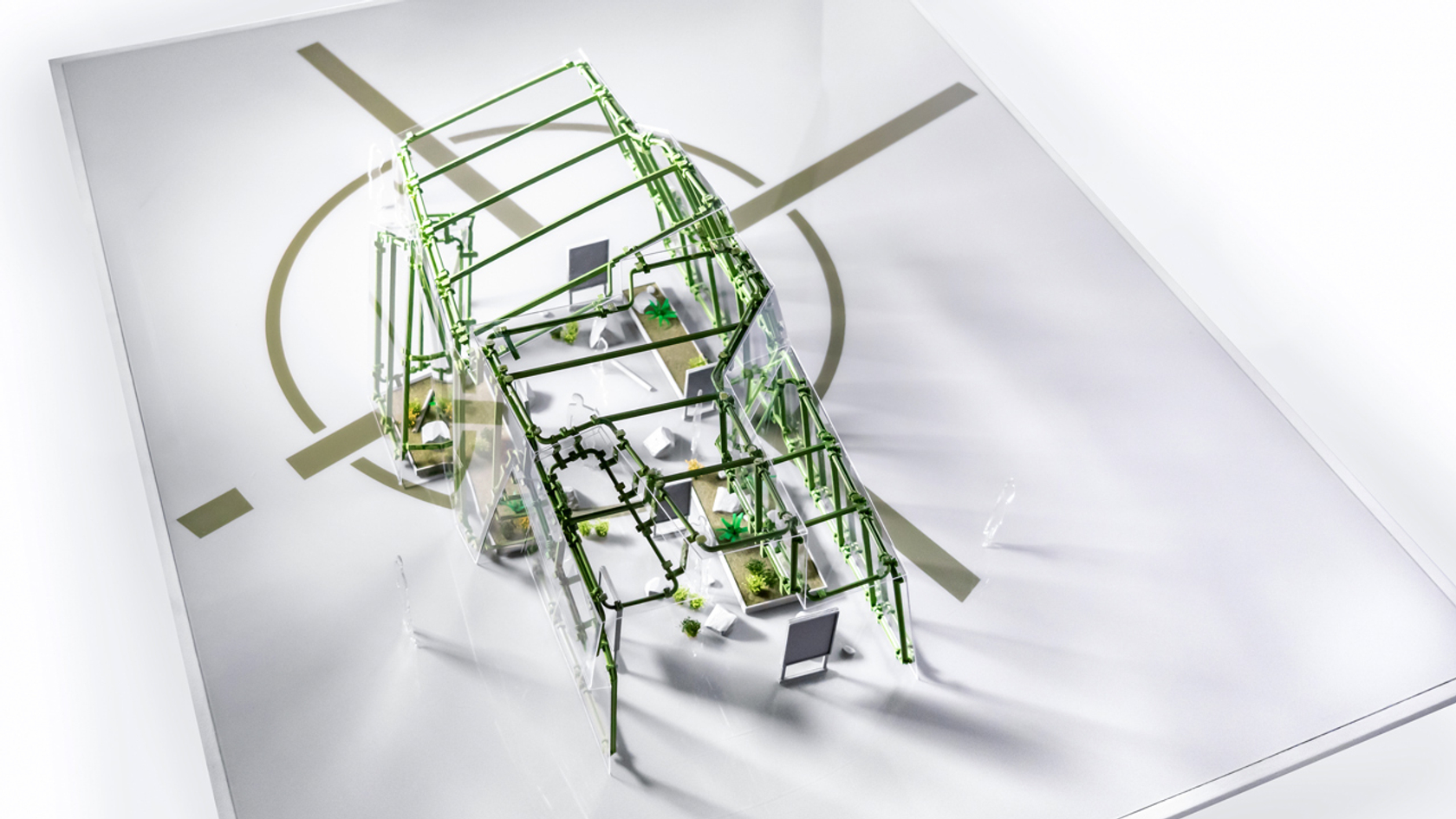 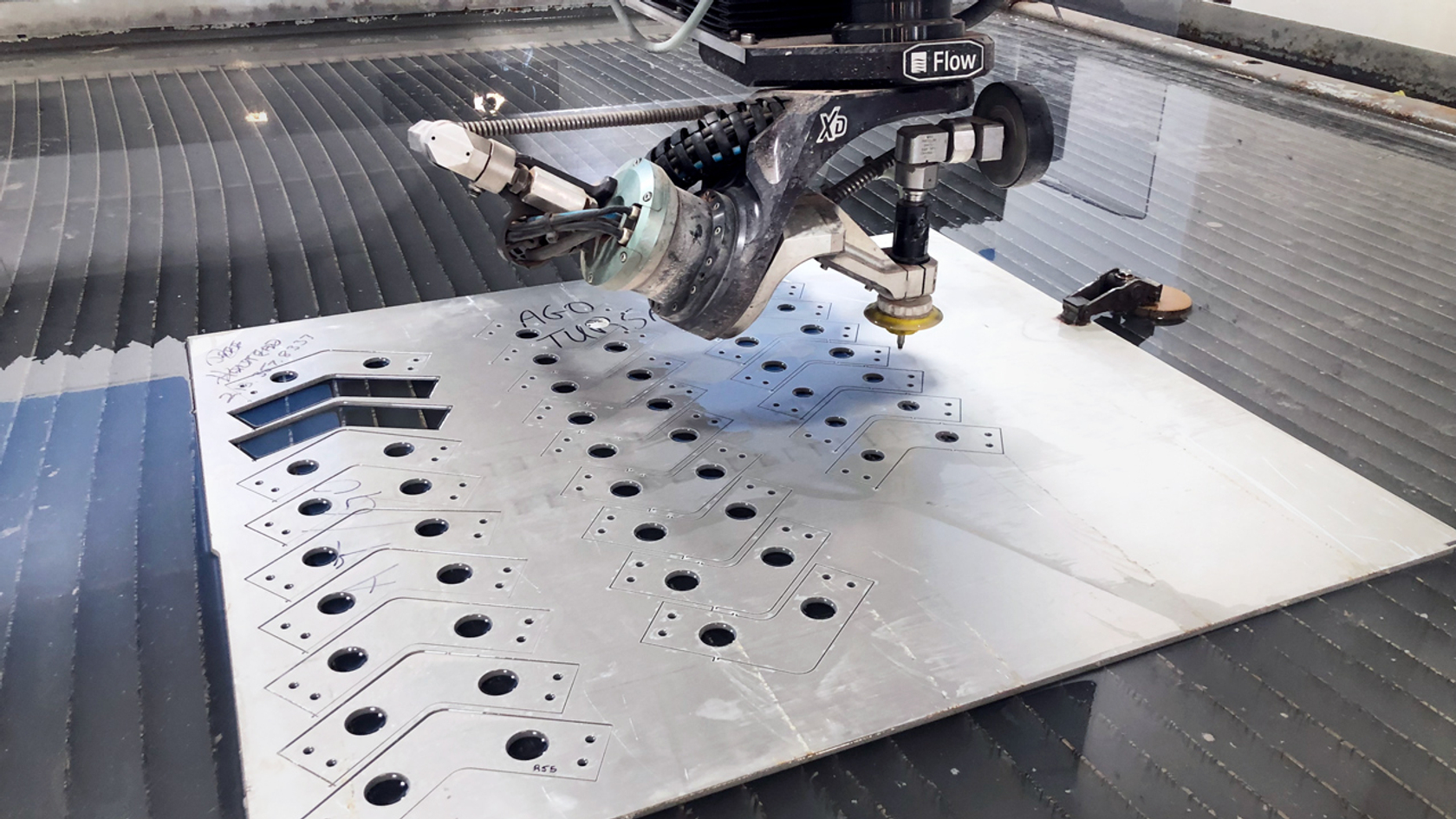 Toward a twenty-first century ecological design

Viola Ago and Hans Tursack. Courtesy of the artists.

Hans Tursack, Pietro Belluschi Research and Design Fellow in SA+P, and Viola Ago, Knowlton School of Architecture, Ohio State University, received a University Design Research Fellowship to design and build a pavilion for an architecture exhibition in Columbus, Indiana, which will open to the public in August 2019. Exhibit Columbus is an internationally renowned showcase for experimental commercial and academic architecture offices. The exhibition’s backdrop, downtown Columbus, IN, is a site littered with historically significant architectural works by I.M. Pei, Gunnar Birkerts, Robert Venturi, Eliel and Eero Saarinen, Deborah Berke, and Kevin Roche.

The pavilion design, titled “Understorey,” is a large open-air vivarium built from a combination of off-the-shelf agricultural products, and custom, digitally fabricated structural elements. Their build site is a lawn designed by the modernist landscape architect Dan Kiley in front of Eero Saarinen’s North Christian Church building (1964). Visitors to this summer’s Exhibit Columbus will approach Saarinen’s iconic piece (a 192 ft. tall building + spire) and traverse Kiley’s landscape to arrive at the pavilion. Upon arrival, visitors will move around and through the pavilion, which will showcase a cross-section of geological specimens taken from the town of Columbus and surrounding quarries, forests, and urban sites. In this, the pavilion will serve as both an exercise in architectural expression and an ecological education center.

While “Understorey” is concerned with highlighting the agency of visible and invisible material networks, the artists believe that environmental and disciplinary engagement are not mutually exclusive. Their proposal is modest—an ecological education center staged as a site of social and material exchange. Their ambition, however, is to pursue an architecture of vibrant materialism (as defined by political philosopher Jane Bennett) that eschews aesthetic defaults and clichés native to environmentally conscious design.

Symposium and Round Table Discussion
August 23–24, 2019
Exhibit Columbus, Columbus, IN

Hans Tursack is a designer from Philadelphia. He received a BFA in studio art from the Cooper Union School of Art, and an MArch from the Princeton University School of Architecture where he was the recipient of the Underwood Thesis Prize. He has worked in the offices of LEVENBETTS Architects, SAA/Stan Allen Architecture, and Tod Williams Billie Tsien Architects. His writing and scholarly work have appeared in Yale’s Perspecta, Princeton’s Pidgin, MIT’s Thresholds, University of Michigan’s Dimensions, as well as Archinect, Log, and The Architect’s Newspaper. Tursack’s visual work has been exhibited in New York, Chicago, Cambridge, and Los Angeles. He recently received the Willard A. Oberdick Teaching/Design Fellowship from the University of Michigan’s Taubman College of Architecture, a MacDowell Colony Research Fellowship, and, with Viola Ago, a University Design Research Fellowship from Exhibit Columbus. He currently serves as the 2018–20 Pietro Belluschi Research Fellow at the MIT School of Architecture + Planning, and holds a residency at the Autodesk Build Space in Boston.

Viola Ago is an architectural designer, educator, and practitioner. In 2018, she founded MIRACLES Architecture. She currently serves as the Christos Yessios Visiting Professor at the Ohio State University Knowlton School of Architecture. Most recently, Ago taught at the Harvard University Graduate School of Design, the Rhode Island School of Design, the Southern California Institute of Architecture, and the Taubman College of Architecture where she was the 2016–17 William Muschenheim Design Fellow. She earned an MArch from the Southern California Institute of Architecture in Los Angeles, and a BArch from Ryerson University in Toronto. Prior to teaching, Ago worked as a lead designer in the Advanced Technology team at Morphosis Architects in Los Angeles. Her work has been exhibited in Los Angeles; Ghent, NY; San Francisco; Columbus, IN; Ann Arbor, and Cincinnati. Her written work has been published in Wiley’s Architectural Design Magazine, Routledge’s Instabilities and Potentialities, SCI-Arc’s Offramp, ACADIA Conference Proceedings, TxA Emerging Design and Technology, The Journal of Architectural Education, The Architect’s Newspaper, and Archinect, among others. She currently holds a residency at the Autodesk Build Space in Boston, a MacDowell residency, as well as a University Design and Research Fellowship with Exhibit Columbus.

Paprika!: Syntax, Sci-Fi, and Grammars of Form: An Interview with Hans Tursack, February 2019

Artifizi: Thick Skin by Viola Ago and Hans Tursack, March 2018