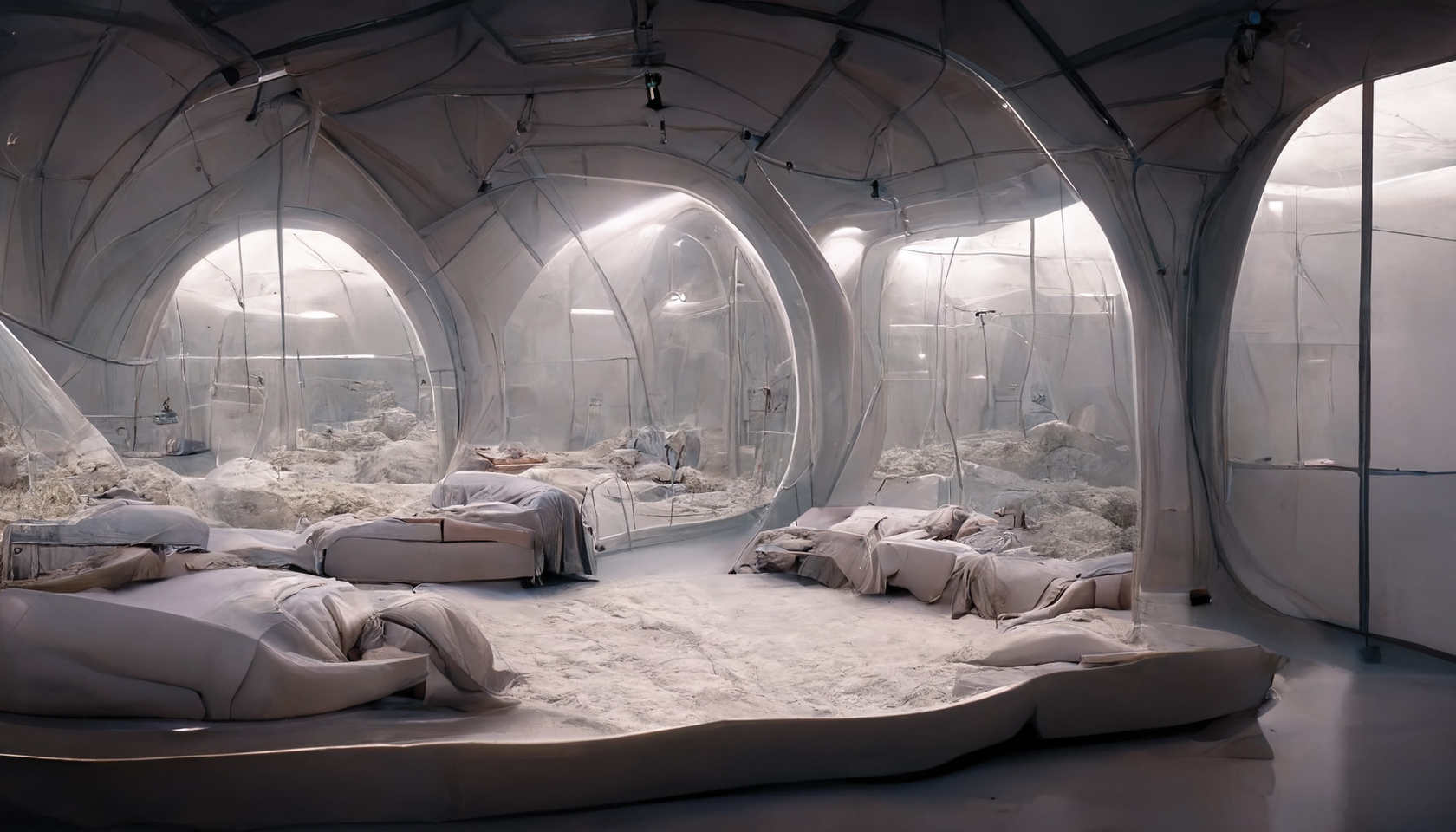 CAST Visiting Artist Carsten Höller creates participatory and relational works of art that explore logic and perception, the body and interactions, and the ways in which we experience and understand the world around us. During his residency at MIT, he worked with Professor Pattie Maes and graduate student Adam Haar of the Fluid Interfaces Group to build prototypes for a Dream Hotel: a museum exhibition with seven rooms, each housing a sleep experiment for overnight guests.

Höller, who holds a PhD in agricultural science, applies his training as a scientist and his practice as an artist to reveal the alternate realities latent in daily life. As such, his work is closely aligned with current research at the Fluid Interfaces Group, which develops experiences and devices for expanding our cognitive capacities. By reframing experiment design as experience design, Höller’s work removes the implicit power dynamics of a neuroscience experiment in the lab; while the conventional hierarchies are dissolved, the rituals and theatrics are maintained, casting the participant into a state of pure play.

The first phase of the Dream Hotel involved a “daydream night” at MIT Museum Studio, where guests explored recent findings from experiments designed to incubate and alter dreams. From a film to inspire flying dreams to a prototype for inflatable pajamas, the Fluid Interfaces Group revealed how technologies for muscle stimulation, bone conduction audio, scent delivery, and temperature adjustment can calibrate our levels of lucidity and disorientation.

By innovating at the intersection of waking and sleep, the collaboration between Höller and the Fluid Interfaces Group has the potential to effect real change at the level of individual and communal consciousness. What if we understood rest as a form of resistance, and dreamscapes as test sites for generating new possibilities in the waking world? The Dream Hotel proposes dreaming as an essentially democratic space, where worlds overlap, objects are decontextualized, and minds merge into a flow state of collective receptivity.

Celebrating the 150th anniversary of the publication of ‘Through the Looking-Glass, and What Alice Found There’, this symposium invites scientists, artists, and designers to explore how the themes of the book have sparked new ideas in our world.

Haar has a background as a neuroscience researcher at MIT’s McGovern Institute for Brain Research studying mindfulness meditation and mind-wandering, as a Research Affiliate at Harvard metaLAB, and as an Artist-Scientist at the Marina Abramovic Institute. Haar’s current interests include collaborative research for guiding dreams and nightmare treatment, working on neuroscience-based prison policy change, and bridging art and neuroscience in a form that goes beyond ornamental.

Carsten Höller applies his training as a scientist to his work as an artist, concentrating particularly on the nature of human relationships. Major installations include Flying Machine (1996), an interactive work in which viewers are strapped into a harness and hoisted through the air; Test Site (2006), a series of giant slides installed in Tate Modern’s Turbine Hall; Amusement Park (2006), a large installation at MASS MoCA of full-sized carnival midway rides operating at dramatically slowed speeds; The Double Club (2008–09), a work designed to create a dialogue between Congolese and Western culture in the form of a London bar, restaurant, and nightclub; and Upside-Down Goggles (2009–11), an ongoing participatory experiment with vision distortion through goggles. Höller lives and works in Stockholm and Biriwa, Ghana.

Alejandro Medina (he/him, b. 1995 Guatemala) is a research-based artist and architect. Building on his studies of architecture, photography, 3D visualization and computational design his work lies between the crossing points of different mediums (in a constant interchange between 2D and 3D worlds, and oftentimes using a combination of both digital and analog techniques). His process often involves multiple phases of research, the implementation of emergent technologies and a deep concern for material investigation.

Medina primarily draws inspiration from his early encounters with nature. Born and raised in Guatemala, he grew up close to the natural world (spending long periods of time immersed in rainforests and exploring other tropical ecosystems such as coral reefs). Intrinsic in his work is a sense of curiosity for one’s immediate surroundings; as well as a desire to unveil the unexpected interconnections occurring within the natural and artificial systems functioning around us.

His most recent work explores the relationship between humans and nature, particularly through the lens of the architecture and technologies that we build and use. Reflecting critically upon our exploitation and manipulation of living systems, non-human beings and the biosphere at large.

Supported with a grant from the MIT Center for Art, Science & Technology (CAST) and co-presented by CAST and the MIT Media Lab.

The Guardian: Interview with Carsten Höller

‘I caught tiny shrimps on the beach …cooked them in their own seawater and ate them’. Illustration: Lyndon Hayes/The Observer.