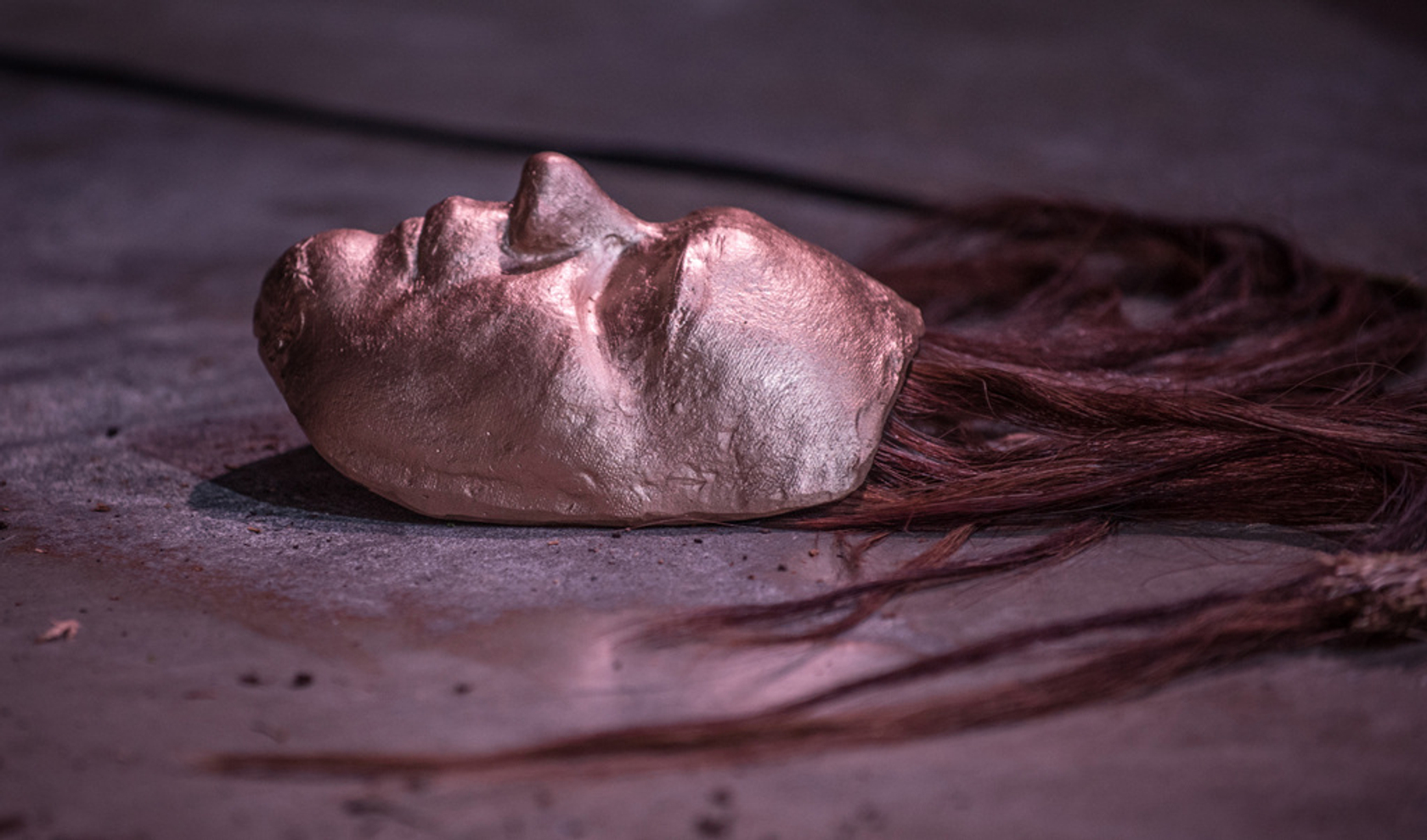 Addressing questions of identity, the body, heritage, ancestry, and technology from an interdisciplinary and cross-cultural perspective

Working in community with his home territory Six Nations, 2bears reimagines a series of site-specific large-scale multimedia artworks, created in the spirit and image of Haudenosaunee longhouses in a 3D virtual space, using Co-Creation Studio’s exclusive access to a game engine beta platform.

“The longhouse is an enduring symbol of the strength of our Rotinonshonni (Iroquois Confederacy), as it signifies a way of living together as a League of Nations under the Great Law of Peace—the Kayanereh’kowa. Our enduring sense of community is mirrored in the longhouse structure; it is emblematic of our diverse creative and cultural practices, which are connected back to our traditional teachings as much as they are today animated by contemporary technologies and production techniques,” says 2bears Leween.

Jackson 2bears Leween is a Kanien’kehaka (Mohawk) multimedia installation/performance artist and cultural theorist from Six Nations and Tyendinaga. Since 1999, he has exhibited his work across Canada and internationally in public galleries, museums, artist-run centers, festivals, and group exhibitions. Leween is an active researcher of digital media with a focus on embodied interaction, live audio/visual performance, and immersive multimedia installation. His recent works focus on how the changing impacts of technology have a profound effect on contemporary politics, culture, and society—particularly with regard to First Nations communities.

Katerina Cizek is an Emmy- and Peabody-winning documentarian, author, and producer working with emergent technologies and collective processes. She is the artistic director, co-founder, and executive producer of the Co-Creation Studio at MIT Open Documentary Lab. She co-wrote Collective Wisdom (with Uricchio et al.),launching in fall 2022 with MIT Press. For over a decade, Cizek worked as a documentary director at the National Film Board of Canada, transforming the organization into a world leader of digital storytelling with the projects HIGHRISE and Filmmaker-in-Residence.

As director of the MIT Open Documentary Lab, Sarah Wolozin develops and oversees lab projects, operations, and collaborations with leading media organizations, including Sundance Institute, Tribeca Film Institute, IDFA DocLab, and National Film Board of Canada. She is the founder and editorial director of Docubase, an online curated database of the people, projects, and technologies transforming documentary in the digital age.

MIT Associate Professor of Comparative Media Studies/Writing Vivek Bald is a scholar, writer, and documentary filmmaker whose work focuses on histories of migration and diaspora, particularly from the South Asian subcontinent. He is the author of Bengali Harlem and the Lost Histories of South Asian America, and his films include Taxi-vala/Auto-biography (1994) and Mutiny: Asians Storm British Music (2003).

Ceasar McDowell is MIT Professor of the Practice of civic design and associate head of the Department of Urban Studies and Planning, as well as the associate director for civic design at MIT’s new Center for Constructive Communication. His current work focuses on the development of community knowledge systems and civic engagement. McDowell’s research and teaching interests include the use of mass media and technology in promoting democracy and community-building, the education of urban students, the development and use of empathy in community work, civil rights history, peacemaking, and conflict resolution.

In Azra Akšamija’s multi-disciplinary practice, she investigates the potency of art and architecture to facilitate the process of transformative mediation in cultural or political conflicts. In so doing, she provides a framework for researching, analyzing, and intervening in contested sociopolitical realities. Her recent work focuses on representation of Islamic identities in the West, spatial mediation of identity politics, and cultural pedagogy through art and architecture.

Supported with a grant from the MIT Center for Art, Science & Technology and hosted by the MIT Open Documentary Lab, Art, Culture, and Technology Program at MIT, and the MIT Department of Urban Studies and Planning.