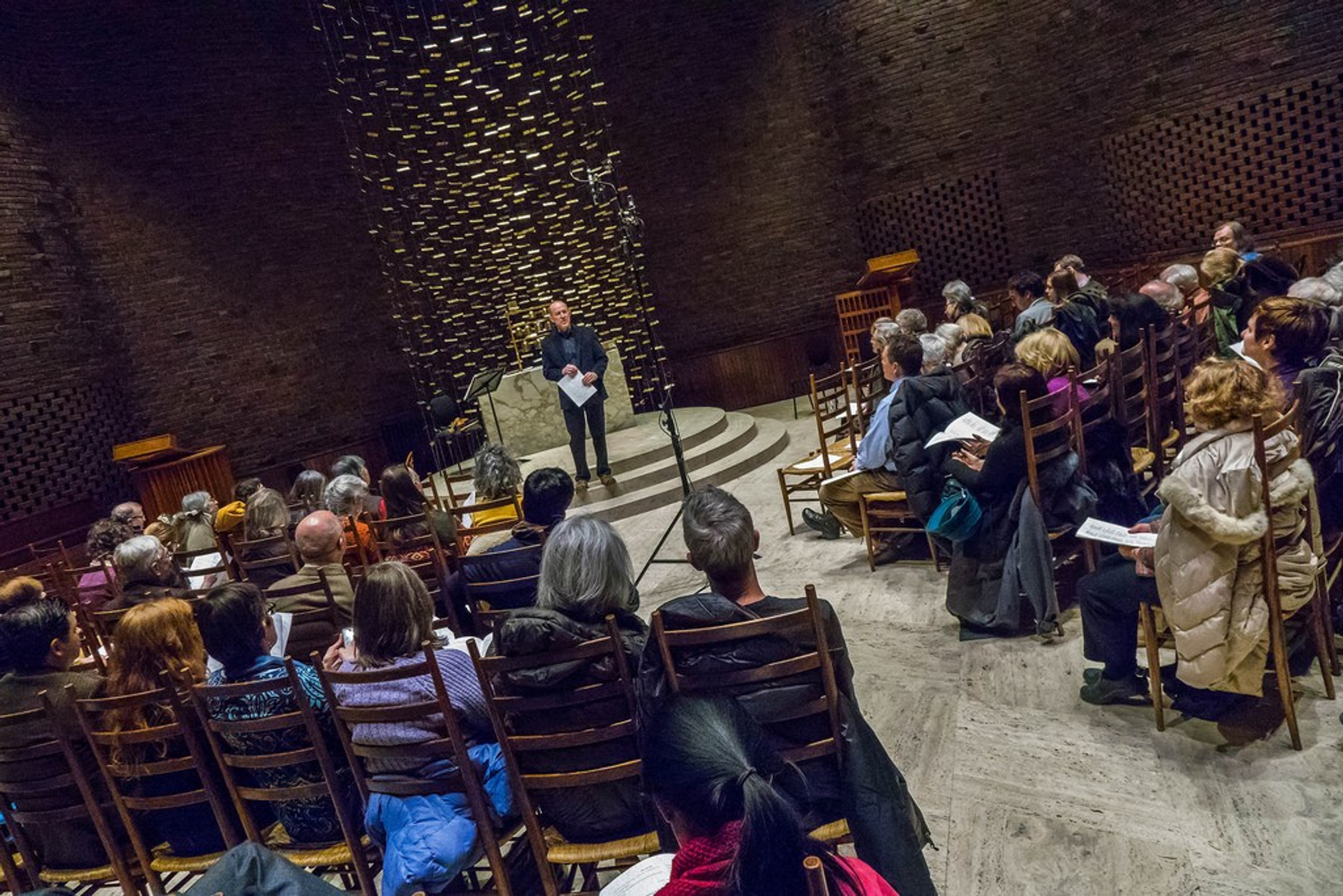 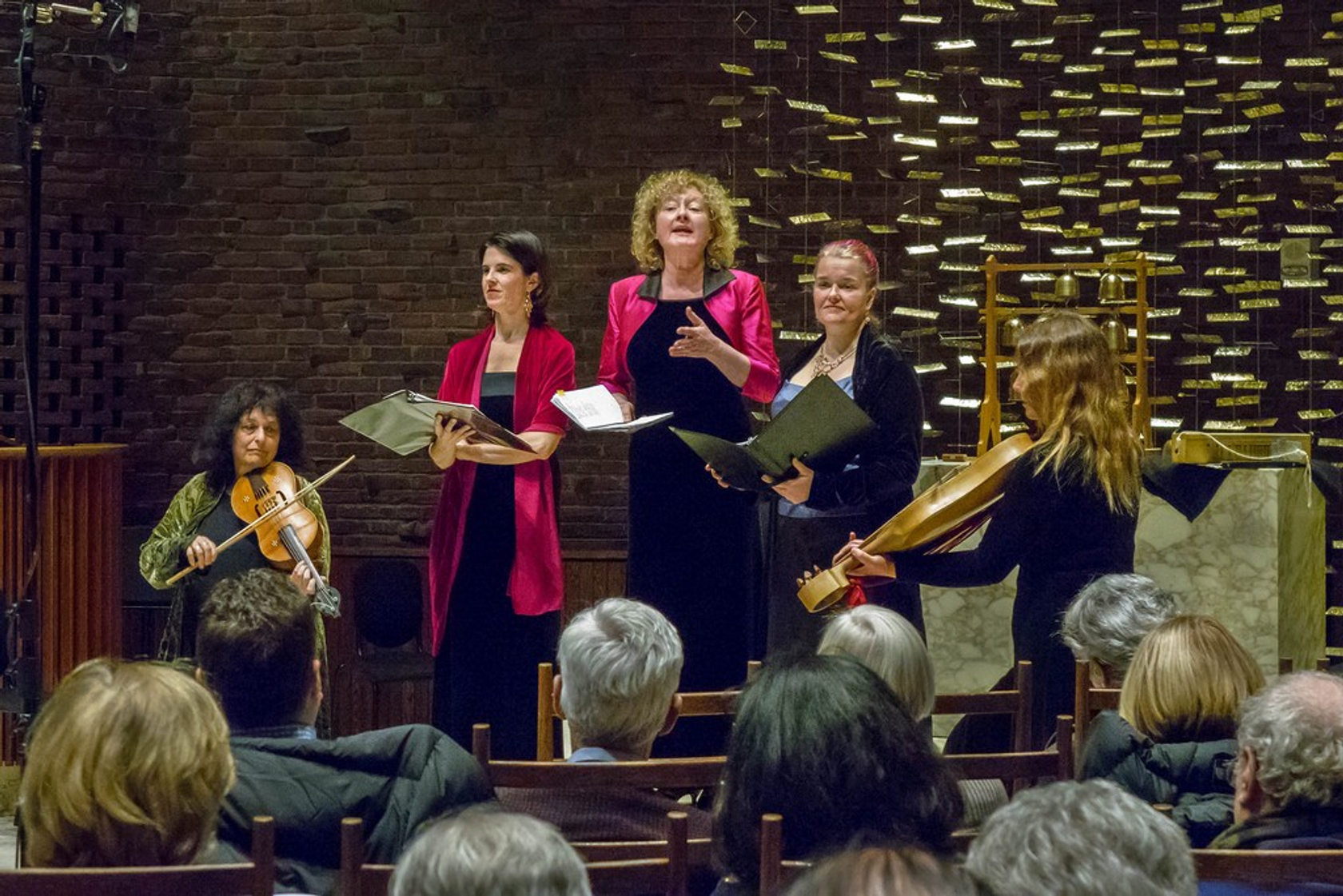 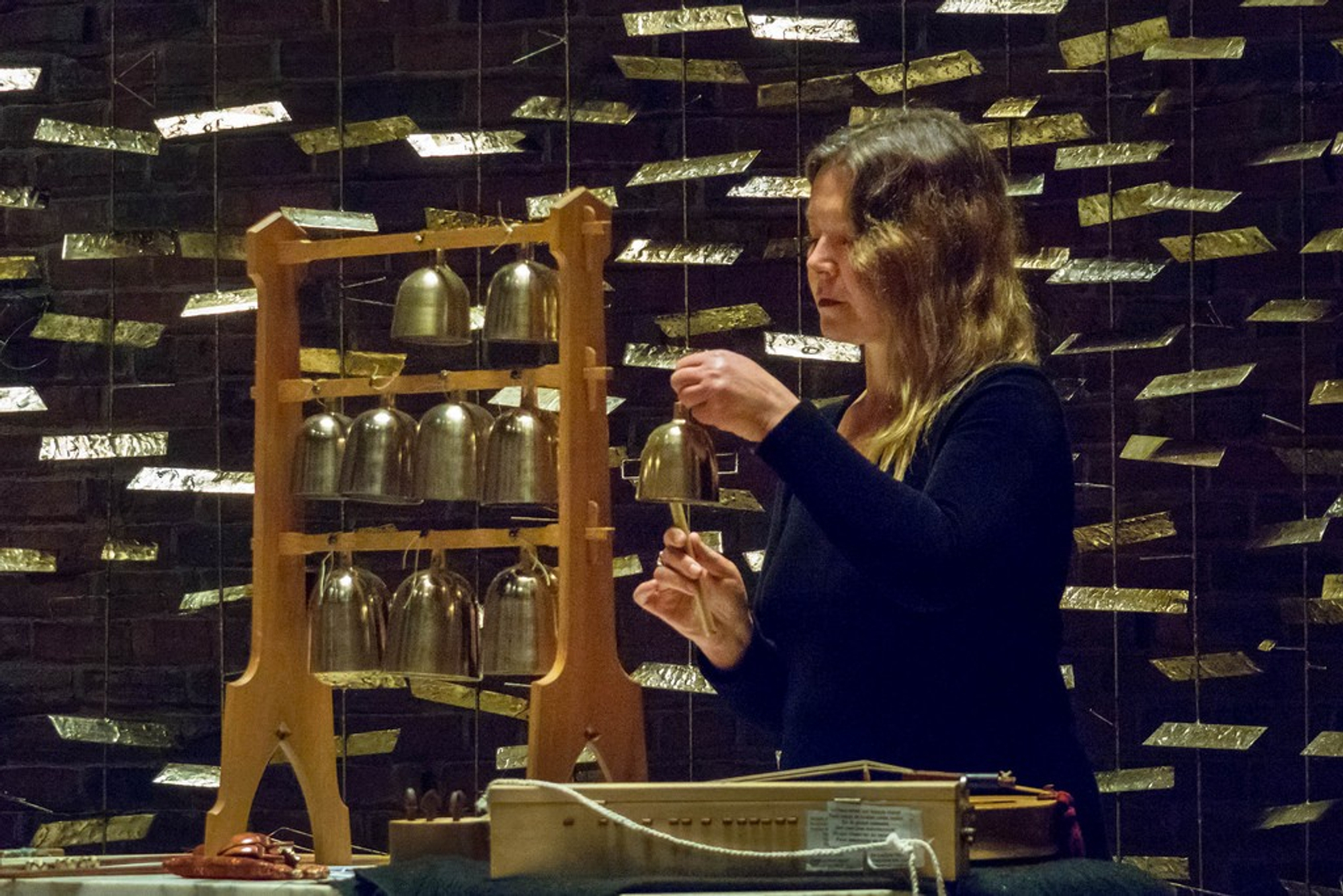 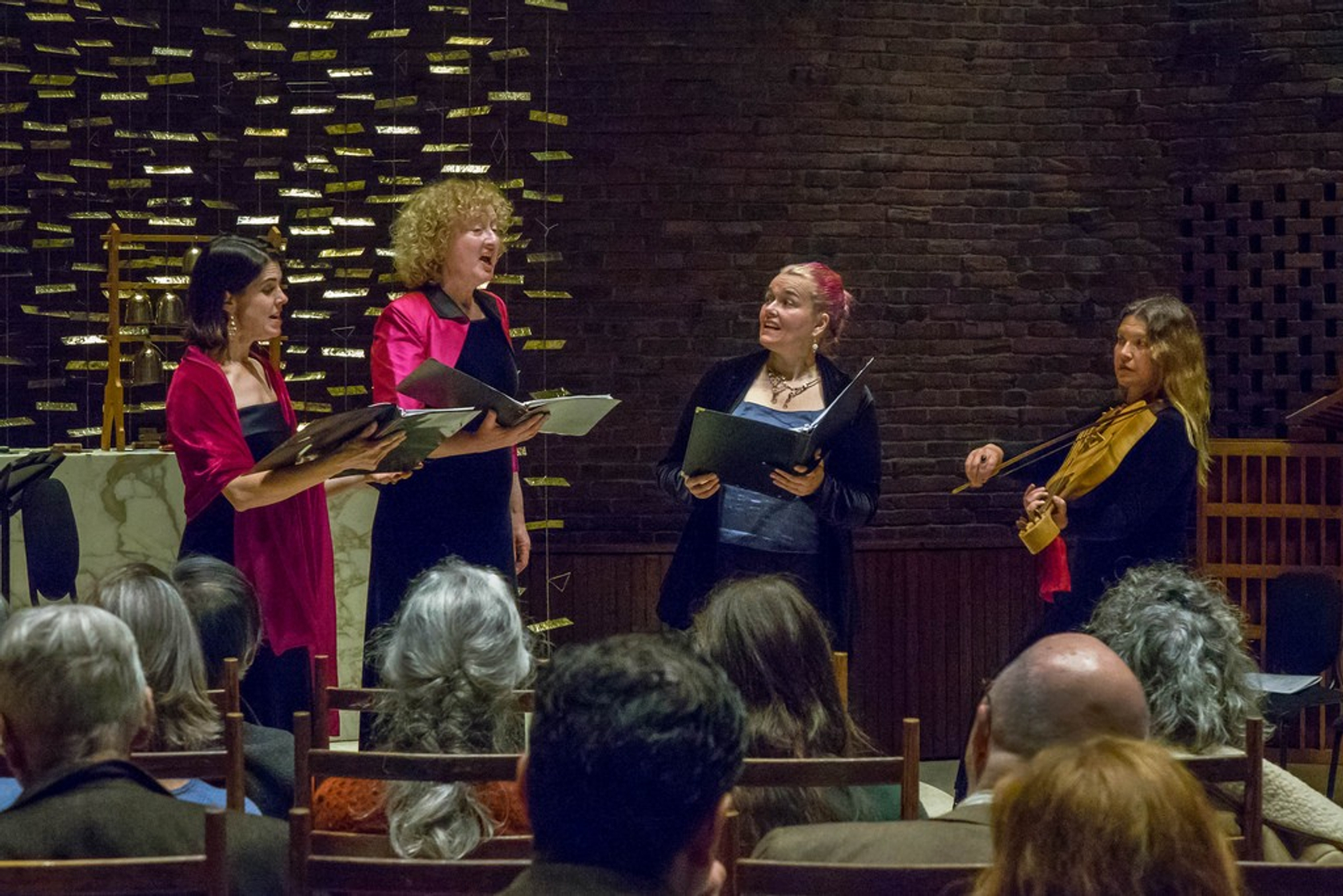 Delving deep into the medieval music repertory, the esteemed Boston Camerata enlivens an important chapter of cultural history: the competing centers of France and Italy in the late Middle Ages and early Renaissance. Working in collaboration with MIT musicologist Michael Cuthbert, whose open-source software music21 allows scholars to find patterns and “fill in the gaps” among pieces of music from vast data sets, the Boston Camerata residency focused on the performance and rediscovery of works spanning the twelfth to fifteenth centuries. Embracing all the inherent ambiguities and possibilities of creative reinterpretation this significant musical period provides.

The Boston Camerata gave the first performances in over six hundred years of newly reconstructed works Portes du Ciel and Of All the Flowers: Song of the Middle Ages.

Portes du Ciel compositions—by turns refined and aristocratic, and simple as folksong—all celebrate and praise the Virgin Mary. Sung by a celestial trio of female voices, accompanied by vielles and harp, “Heaven’s Gate” opens the portals to an abundant treasure of song in French, both secular and sacred from the regions of Champagne, Picardy and Lorraine. The production is comprised of noble melodies in the refined trouvere style, narrations in word and song, and rollicking dance music with sacred texts. Featured composers are the prior of Vic-sur-Aisne, Gauthier de Coincy (1177/8-1236), a passionate and prolix musician-poet, who recounts the miracles of the Virgin that took place in his parish; Thibault de Champagne (1201-1253), count of Champagne and king of Navarra, who praises the Queen of Heaven in the most elegant and subtle style; and a fraternity of anonymous minstrels who transform worldly songs of the day into vigorous, toe-tapping spirituals.
The constantly evolving and inventive musical minds of Italian and French masters during the fourteenth century produced repertoires, both sacred and secular, that successfully unite the search for new and different creative paths with astonishing lyricism and sensual beauty. Of All the Flowers: Song of the Middle Ages, a specially commissioned program for MIT, presented music spanning the worlds of God and Man written by the greatest composers of their day: Machaut Landinin, da Bologna, and others.

Boston Camerata’s visit to the Institute was part of MIT Sounding, an innovative annual performance series that blurs the boundaries between contemporary and world music. Curated by Evan Ziporyn, Faculty Director of the MIT Center for Art, Science & Technology, the 2014-15 season of MIT Sounding’s diverse offerings ranged from live performances by new music pioneers Alvin Lucier and Terry Riley to early music denizens Boston Camerata and the Grammy Award-winning ensemble Roomful of Teeth.

Founded in 1954 by Narcissa Williamson at Boston’s Museum of Fine Arts, the Boston Camerata ensemble has toured extensively in the United States and abroad, including appearances at the Tanglewood Festival, Lincoln Center, the Cloisters, Smithsonian Institute, the National Cathedral, the Library of Congress and the Brooklyn Academy of Music. Over thirty CDs and videos have been released and distributed internationally under The Boston Camerata’s name. Among the ensemble’s numerous awards is the Grand Prix du Disque. The Boston Camerata is frequently invited by institutions in the United States and abroad to participate in educational projects: masterclasses, lectures, residencies and colloquia.

The Boston Camerata Performs Medieval Music For The Digital Age