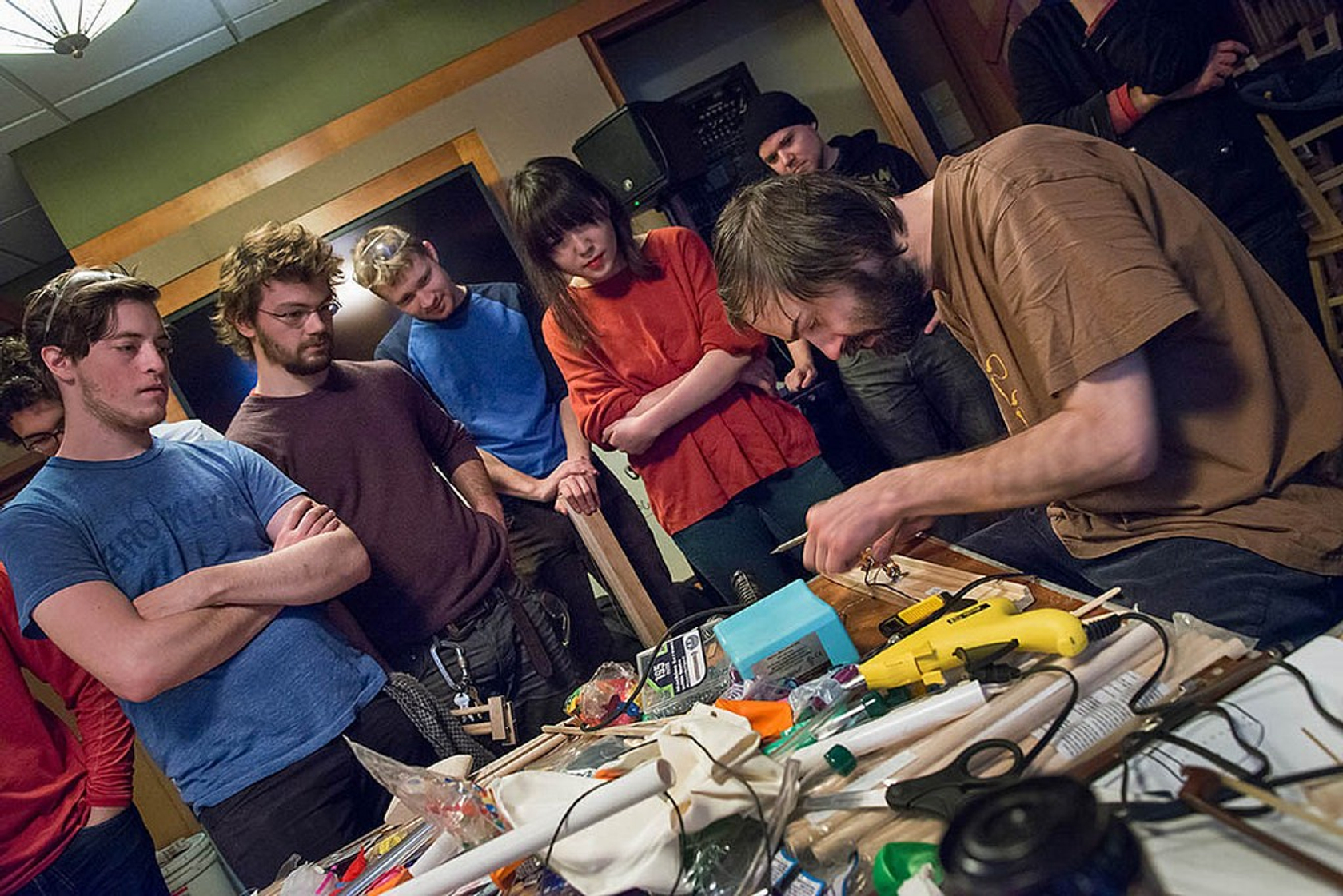 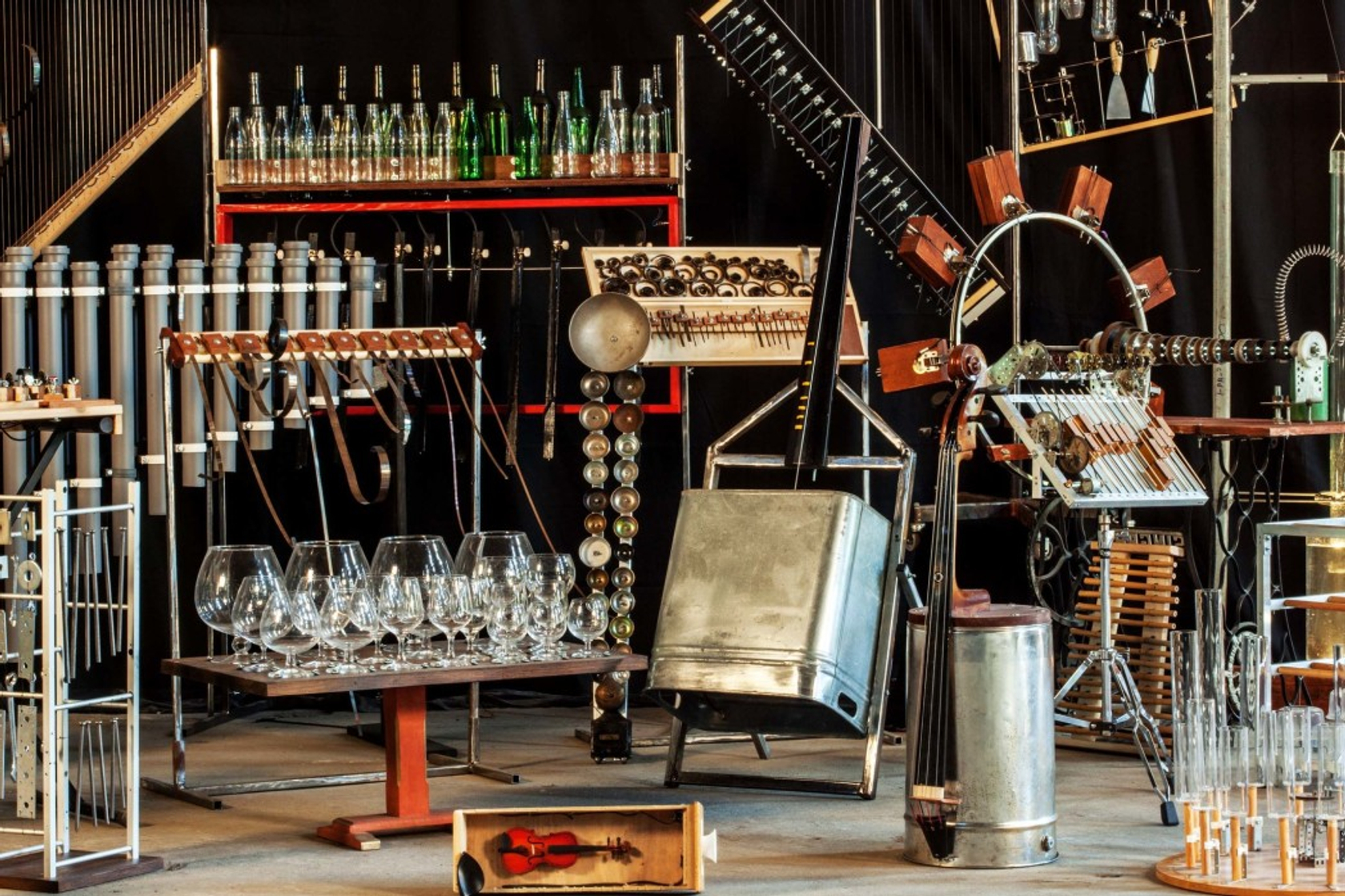 While in residency at MIT, Pawel Romanczuk taught a workshop in instrument building and composition for MIT students, culminating in a public concert. Romanczuk’s first performance in the US was co-sponsored by culture.pl and CAST and presented at the MIT Museum’s Second Fridays program.

Pawel Romanczuk’s visit to the Institute is part of MIT Sounding, an innovative annual performance series that blurs the boundaries between contemporary and world music. Curated by Evan Ziporyn, Faculty Director of the MIT Center for Art, Science & Technology, the 2014-15 season of MIT Sounding’s diverse offerings range from live performances by new music pioneers Alvin Lucier and Terry Riley to early music denizens Boston Camerata and the Grammy Award-winning ensemble Roomful of Teeth.

Pawel Romanczuk started Small Instruments (known in Polish as Małe Instrumenty) in 2006. This five-piece band explores new sounds using a wide array of small instruments, from toy pianos to homemade child-sized cellos. Other members include Marcin Ożóg, Tomasz Orszulak, Jędrzej Kuziela and Maciej Bączyk. In 2007, the band made its debut at Era New Horizons Film Festival in Wroclaw, Poland and has since worked on many music projects under the name of Małe Instrumenty. Małe Instrumenty also record music for films, broadcasts and audio books. The group has collaborated with many prominent art organizations and artists in Poland and Europe.

Inspired by the soundtracks to old Polish animated films, the instruments used in the group’s sonic experiments feature an ever-expanding array of instruments, children’s toys and strange musical inventions. Małe Instrumenty’s music reveals the unique colors of sound, from the beautiful to the surprising to the insightful.

The Wire: Bell Labs: In Praise of a One Trick Pony: The Music Box