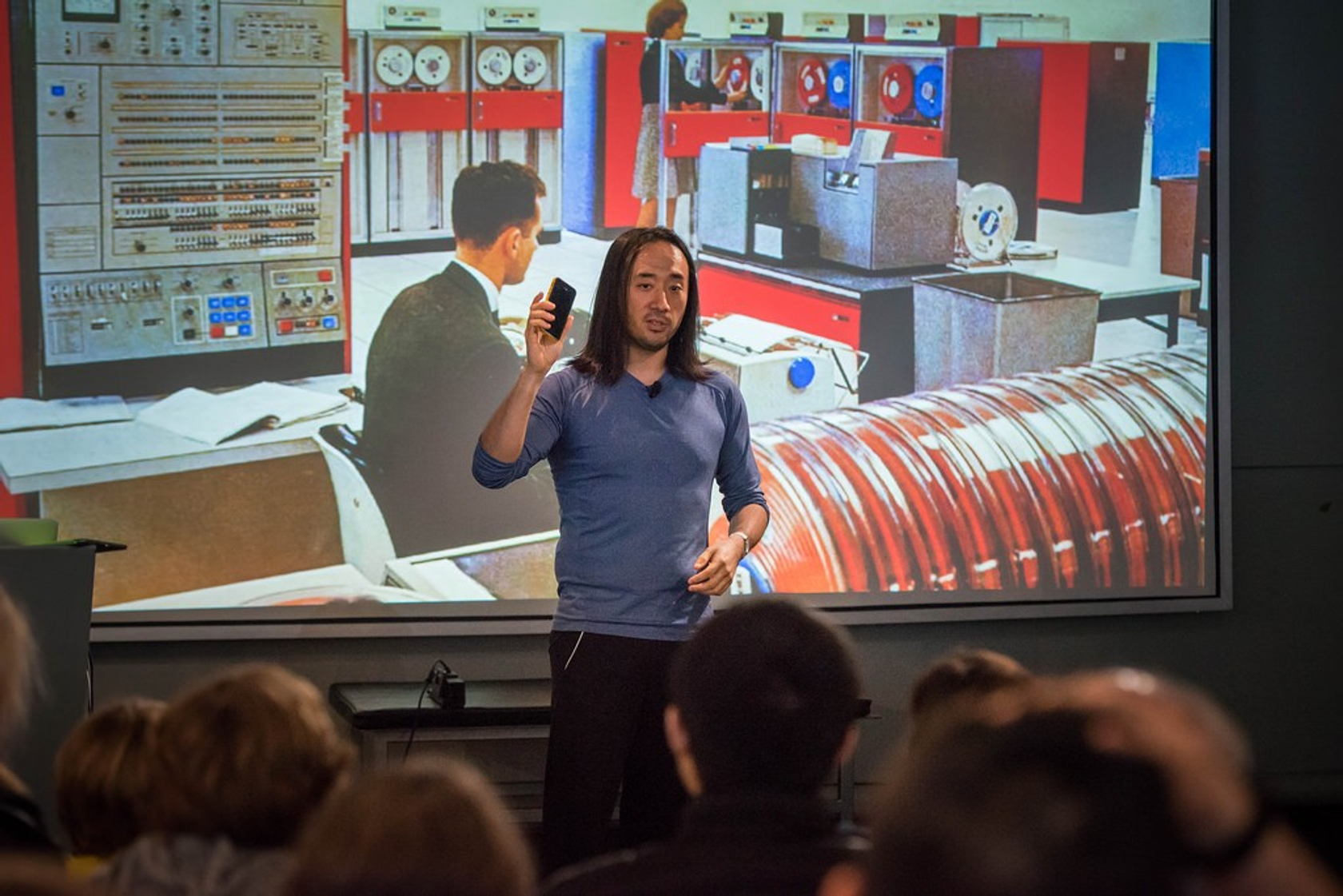 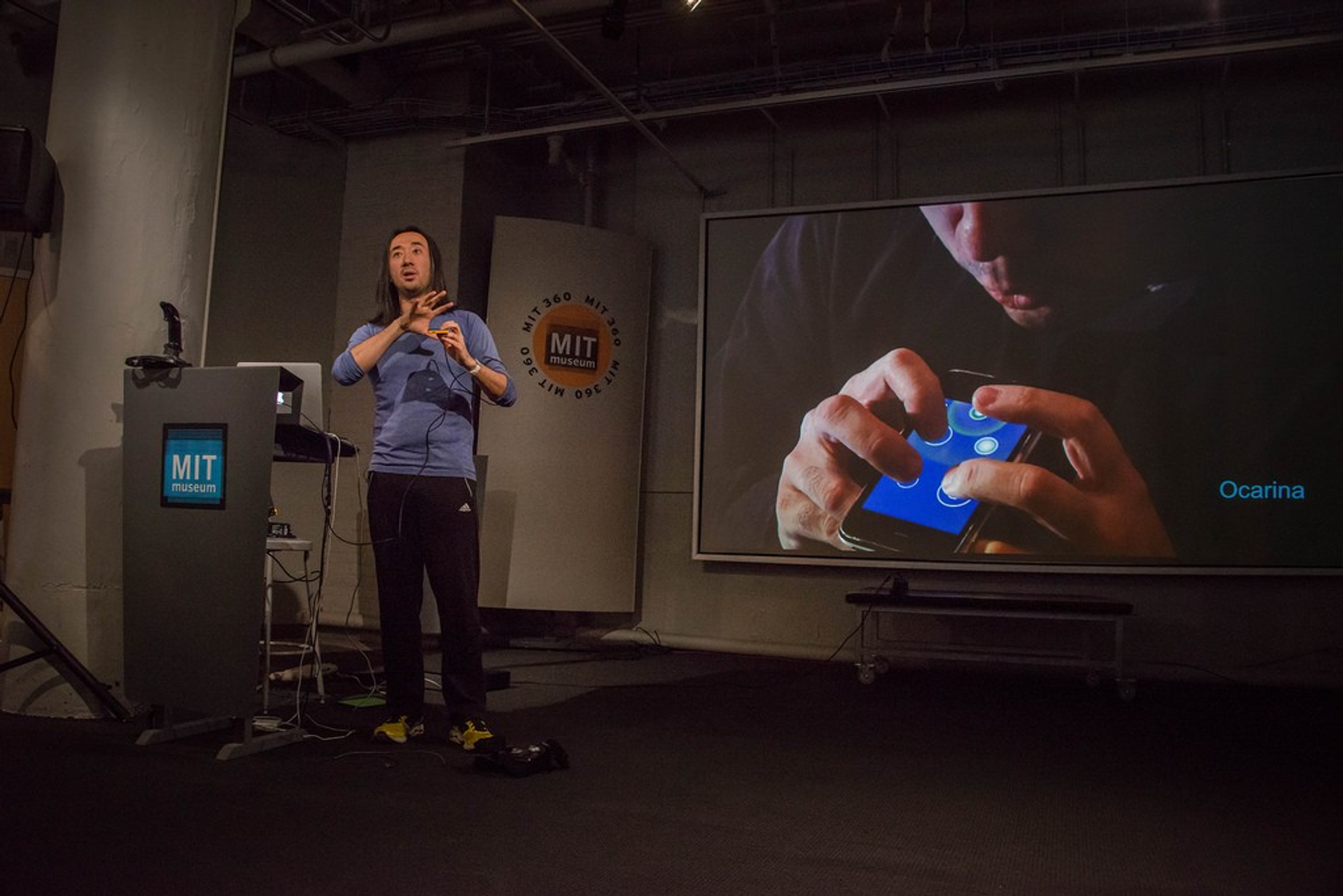 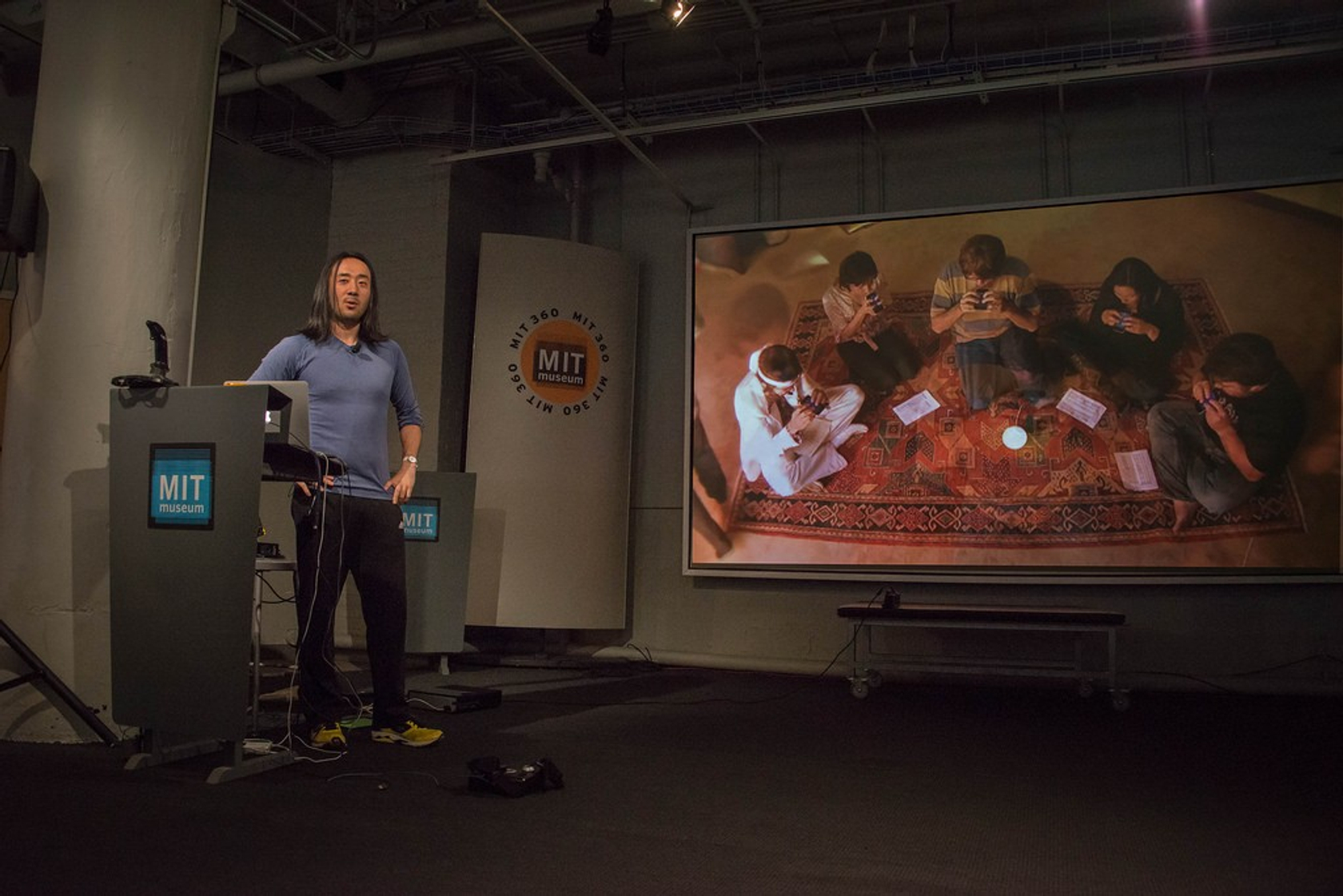 Artist Ge Wang and Eran Egozy, Harmonix co-founder and MIT alum, explored the transformative possibilities of combining music and computers, and art and technology at a workshop in April 2015 titled “The Art of Designing Electronic Music.” Attendees learned about the innovative tools, toys and social experiences that are being developed to make music in new ways, and use some of those tools to participate in such experiences yourself.

Ge Wang is an Assistant Professor at Stanford University in the Center for Computer Research in Music and Acoustics (CCRMA). He researches programming languages and interactive software systems (of all sizes) for computer music, mobile and social music, new performance ensembles (laptop orchestra and mobile phone orchestra) and paradigms (e.g., live coding), visualization, human-computer interaction, sound synthesis and analysis, musical visualization and methodologies for education at the intersection of computer science and music.

Ge is the author and chief architect of the ChucK audio programming language, and co-directed the Princeton Laptop Orchestra (PLOrk). He is the founding director of the Stanford Laptop Orchestra (SLOrk), and co-founder and director of the Stanford Mobile Phone Orchestra (MoPhO). He was also a developer of theTAPESTREA sound design environment, and the creator of audio visualizations such as sndpeek. Ge composes and performs via various electro-acoustic and computer-mediated means, including with PLOrk/SLOrk, with Perry as a live coding duo, and with Rebecca Fiebrink in a duo exploring new performance paradigms, cool audio software and great food.

TED x Talk: The DIY orchestra of the future

New York Times, The Machine That Makes You Musical

Flickr: The Art of Designing Electronic Music with Ge Wang