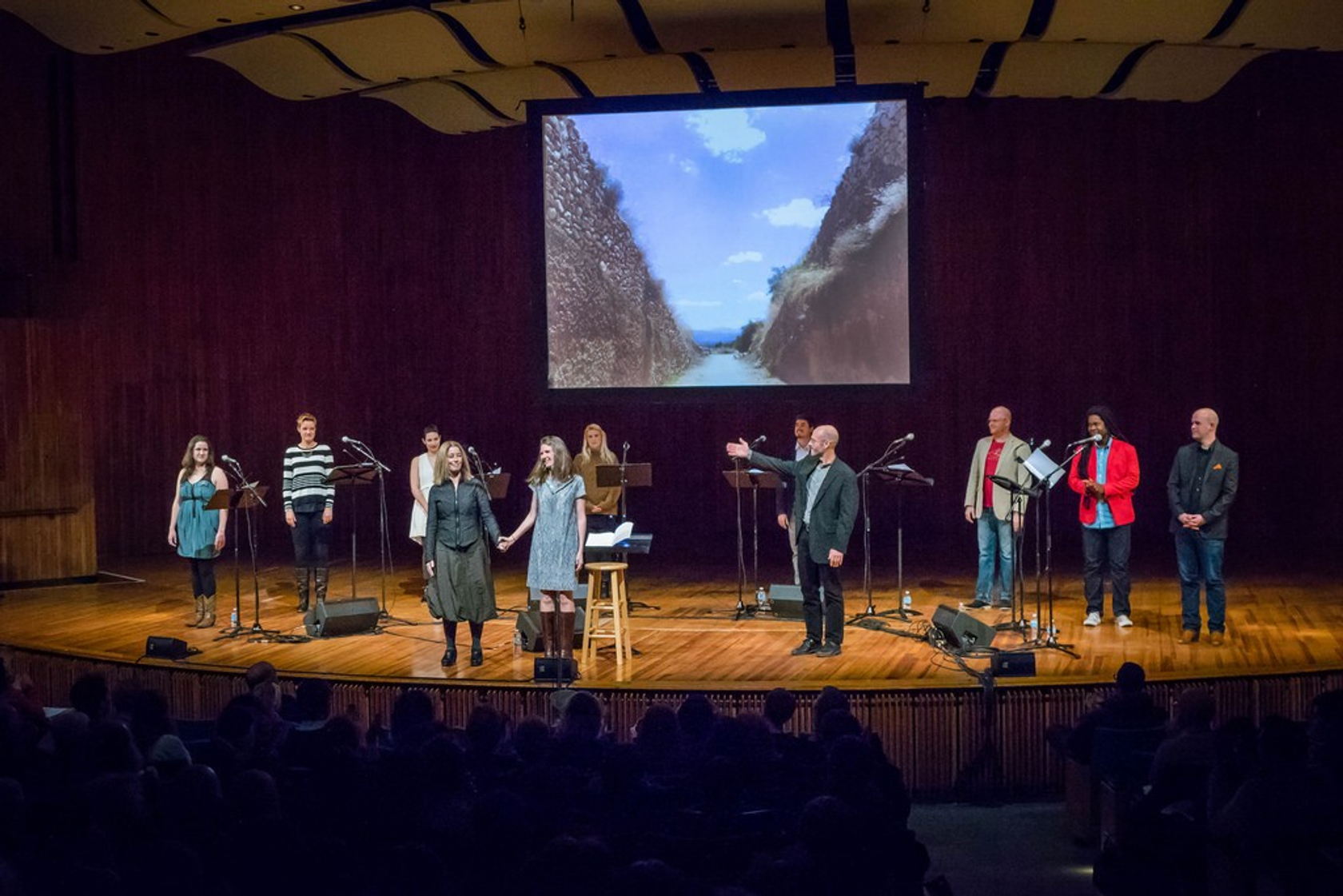 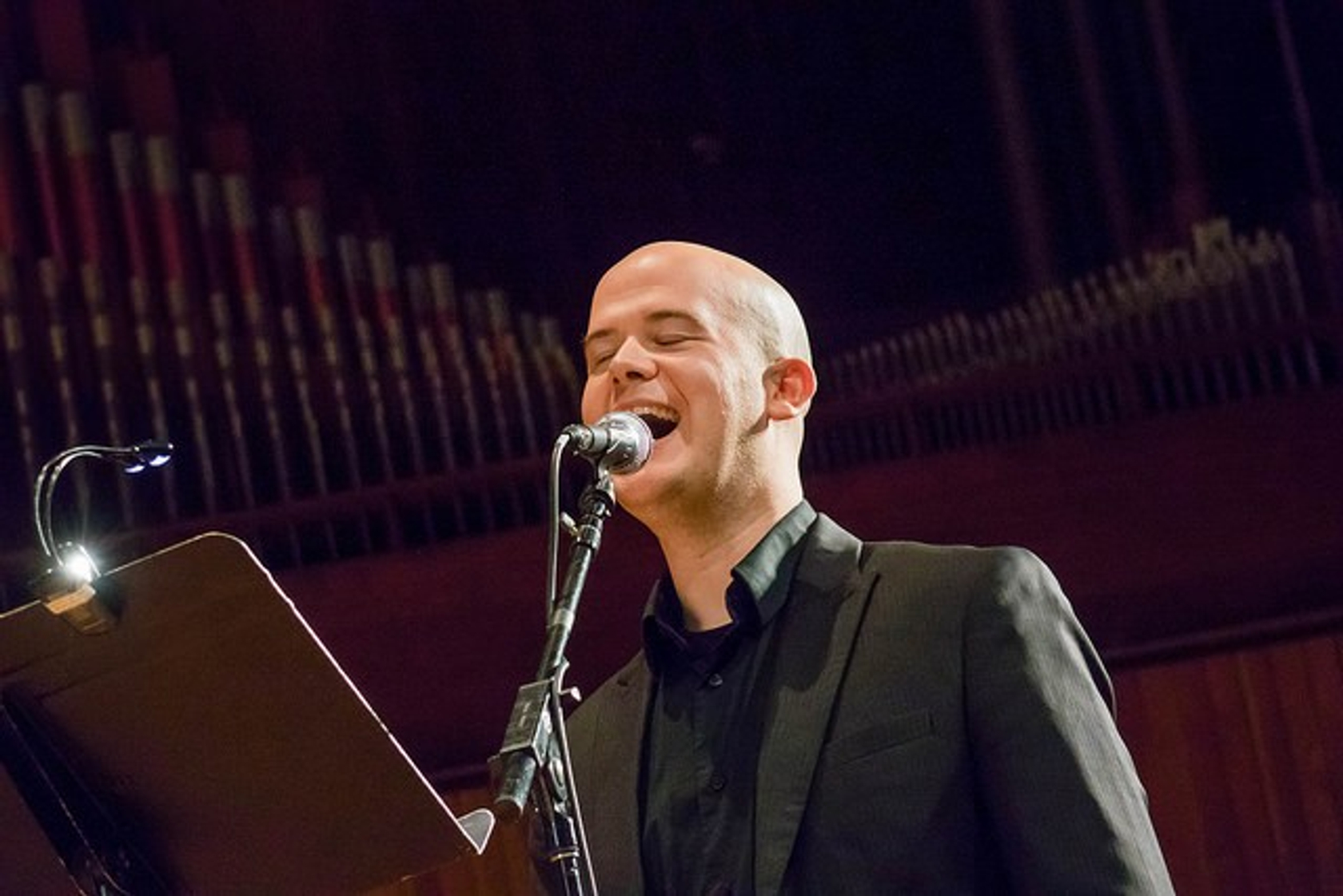 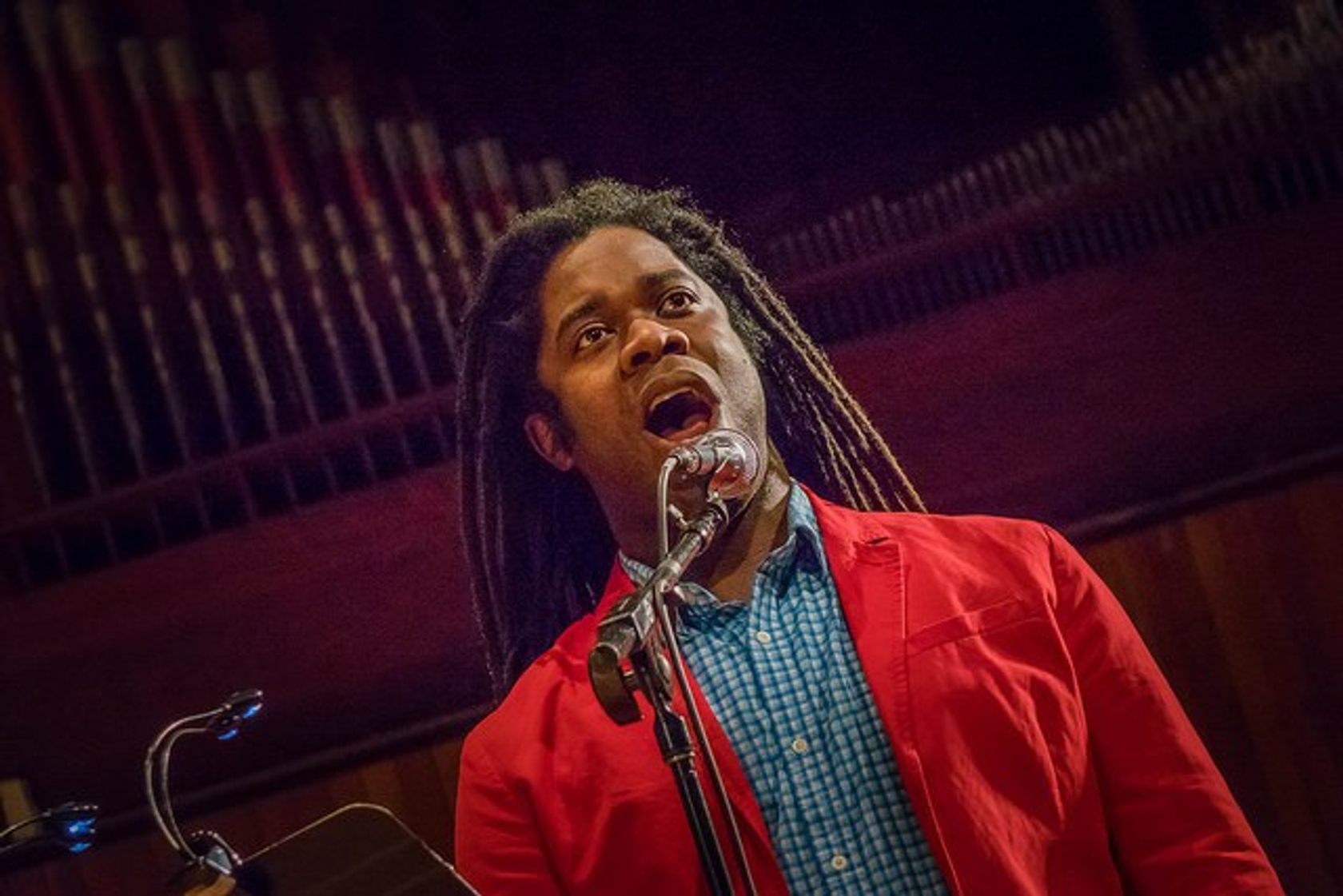 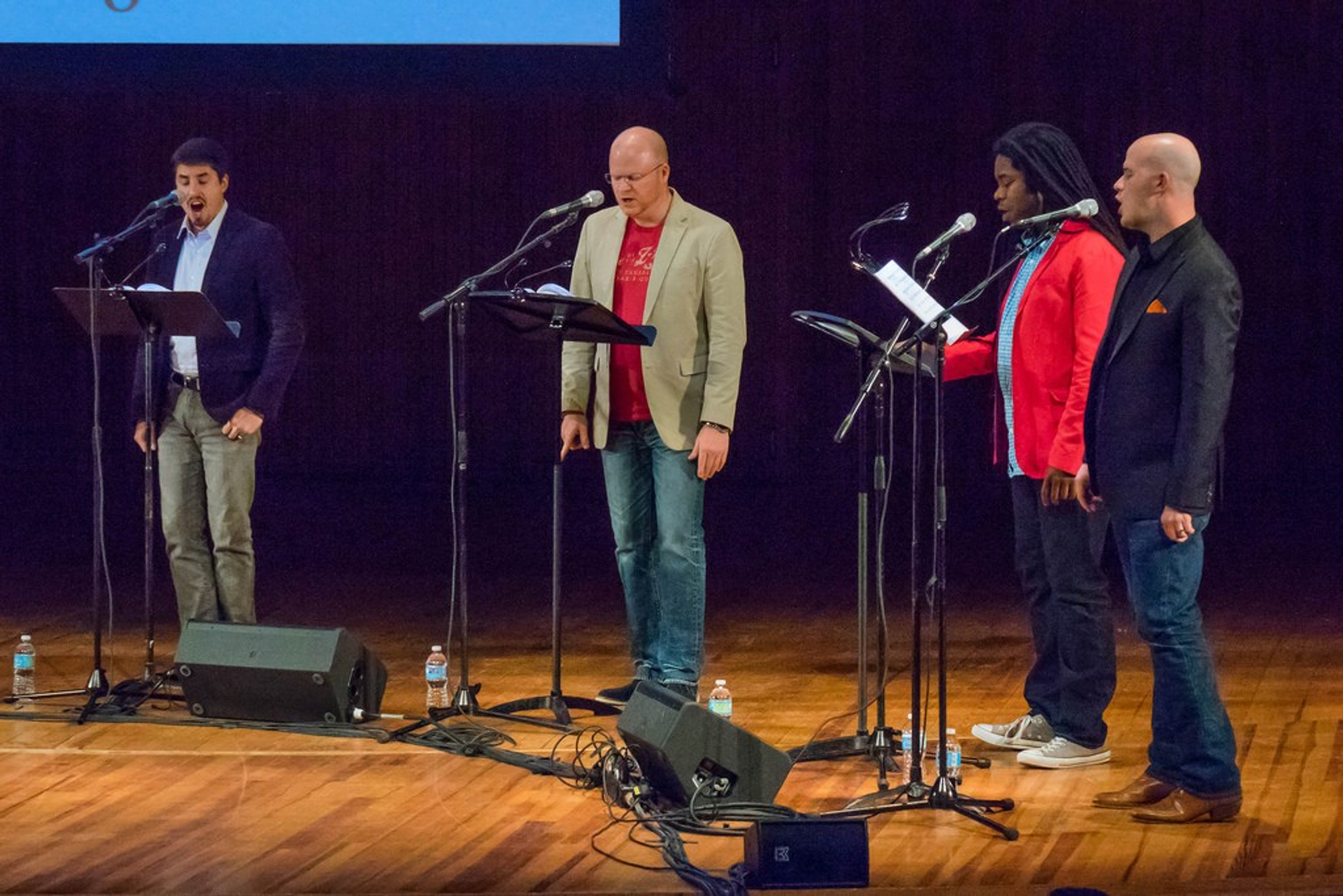 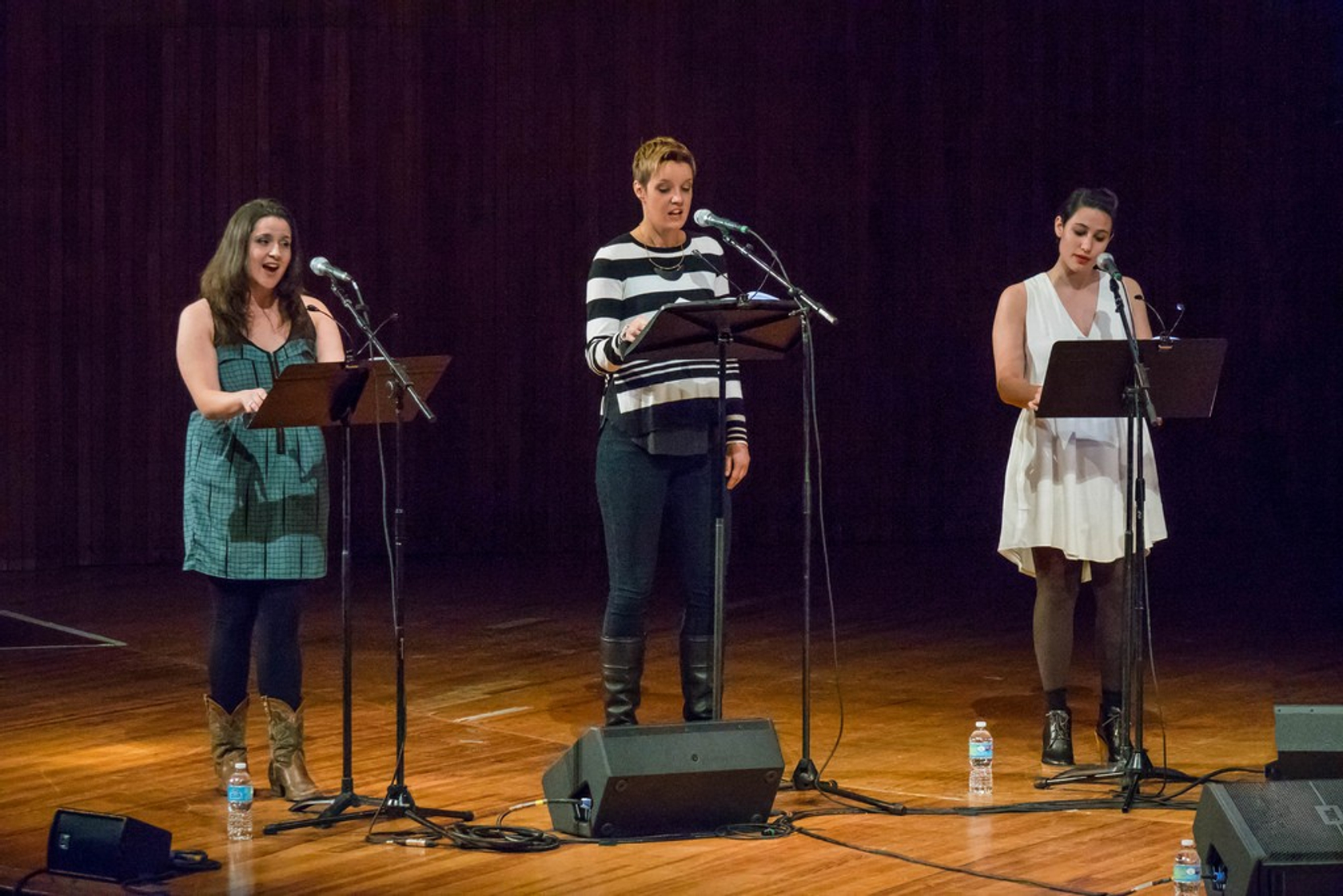 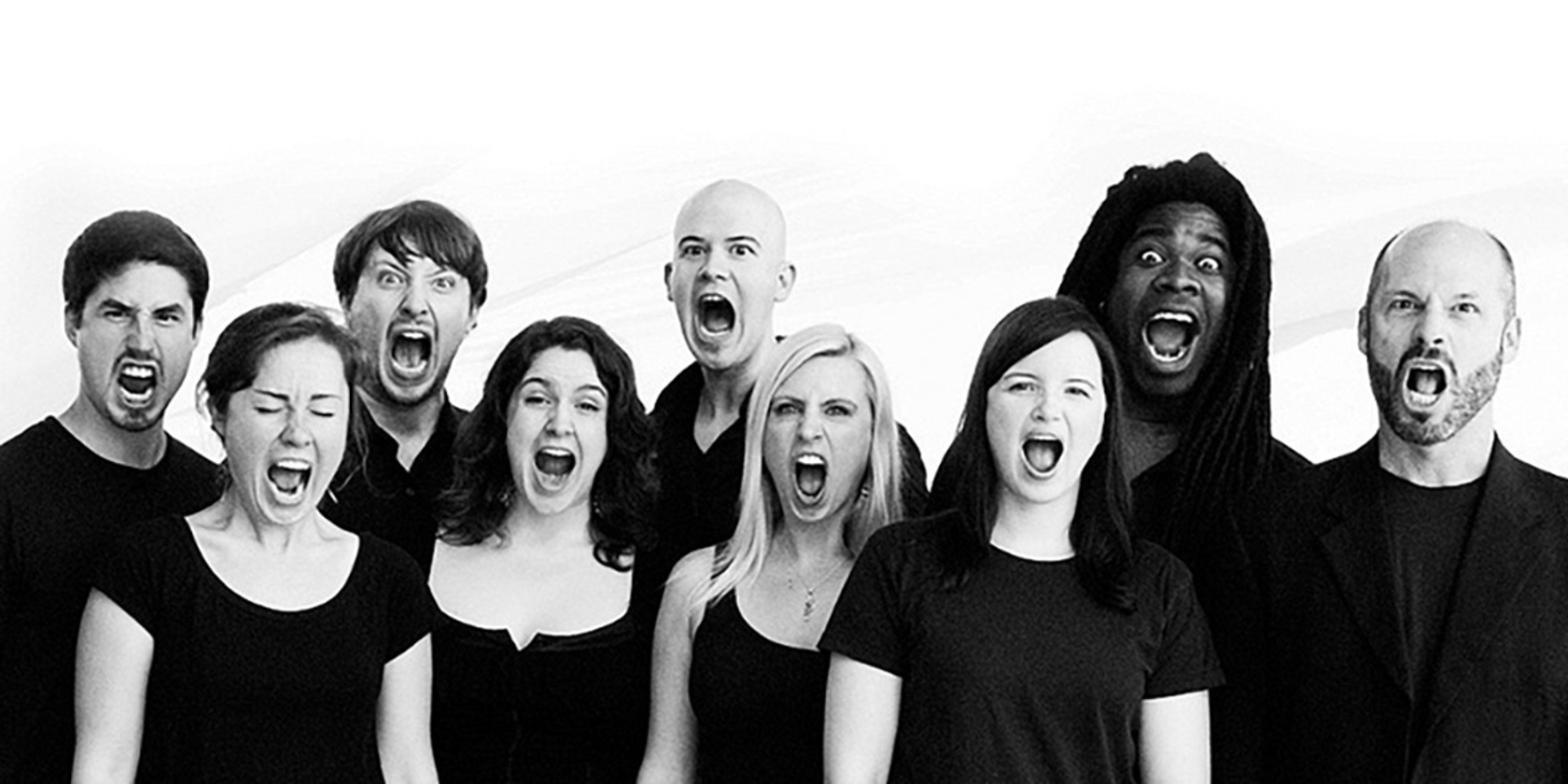 Roomful of Teeth. Photo: Courtesy of the artist.

The expressive potential of the most basic instrument: the human voice

Roomful of Teeth. Courtesy of the Artists.

Classical ensemble Roomful of Teeth collaborated with MIT composer Elena Ruehr and librettist Gretchen E. Henderson on an opera-in-progress, Cassandra in the Temple, featuring only voice and dance. In a new interpretation of the classical myth, the opera explores themes of mysticism, disaster, hysteria, and belief. The group also performed the World Premiere of Borderland: A Cantata for Ukraine, by Christine Southworth and Evan Ziporyn in a concert on November 21, 2015.

Roomful of Teeth’s visit to the Institute was part of MIT Sounding, an innovative annual performance series that blurs the boundaries between contemporary and world music. Curated by Evan Ziporyn, Faculty Director of the MIT Center for Art, Science & Technology, the 2014-15 season of MIT Sounding’s diverse offerings range from live performances by new music pioneers Alvin Lucier and Terry Riley to early music denizens Boston Camerata.

The vocal ensemble Roomful of Teeth premiered Elena Ruehr’s Cassandra in the Temples, a one-act opera based on a libretto by Gretchen E. Henderson that explores the themes of mysticism, disaster, hysteria, and belief in a new ecological interpretation of the apocalyptic Greek myth. Ruehr received a Guggenheim to compose this work. Also on the program was the world premiere of Borderland: A Cantata for Ukraine, by Christine Southworth and Evan Ziporyn, and works by Pulitzer Prize winner Caroline Shaw, Judd Greenstein, and Brad Wells.

Founded in 2009 by Brad Wells, contemporary classical ensemble Roomful of Teeth is a vocal project dedicated to all manner of expression using the human voice—from yodeling to Inuit throat singing. The eight-voice ensemble continually expands its vocabulary of singing techniques by studying with masters from non-classical traditions throughout the world. Through an on-going commissioning project, Roomful of Teeth invites today’s most talented composers to create a repertoire without borders.

The project’s debut album, Roomful of Teeth, was released in 2012, which includes Partita for Eight Voices. In April 2013, ensemble member Caroline Shaw received the Pulitzer Prize in Music for this piece; she is the youngest composer ever to win a Pulitzer. In 2014, the ensemble won a Grammy Award for Best Chamber Music/Small Ensemble Performance.

WBUR Artery: Composer Elena Ruehr Will Have A November To Remember With Three Premieres

NewMusicBox: Boston: Passports and Layovers from Lorelei and Roomful of Teeth

World Premiere Of Borderland: A Cantata For Ukraine By Christine Southworth and Evan Ziporyn

3 Questions: Elena Ruehr On Her Three Premieres This Month

Elena Ruehr. Photo by Christian Steiner, courtesy of the artist.