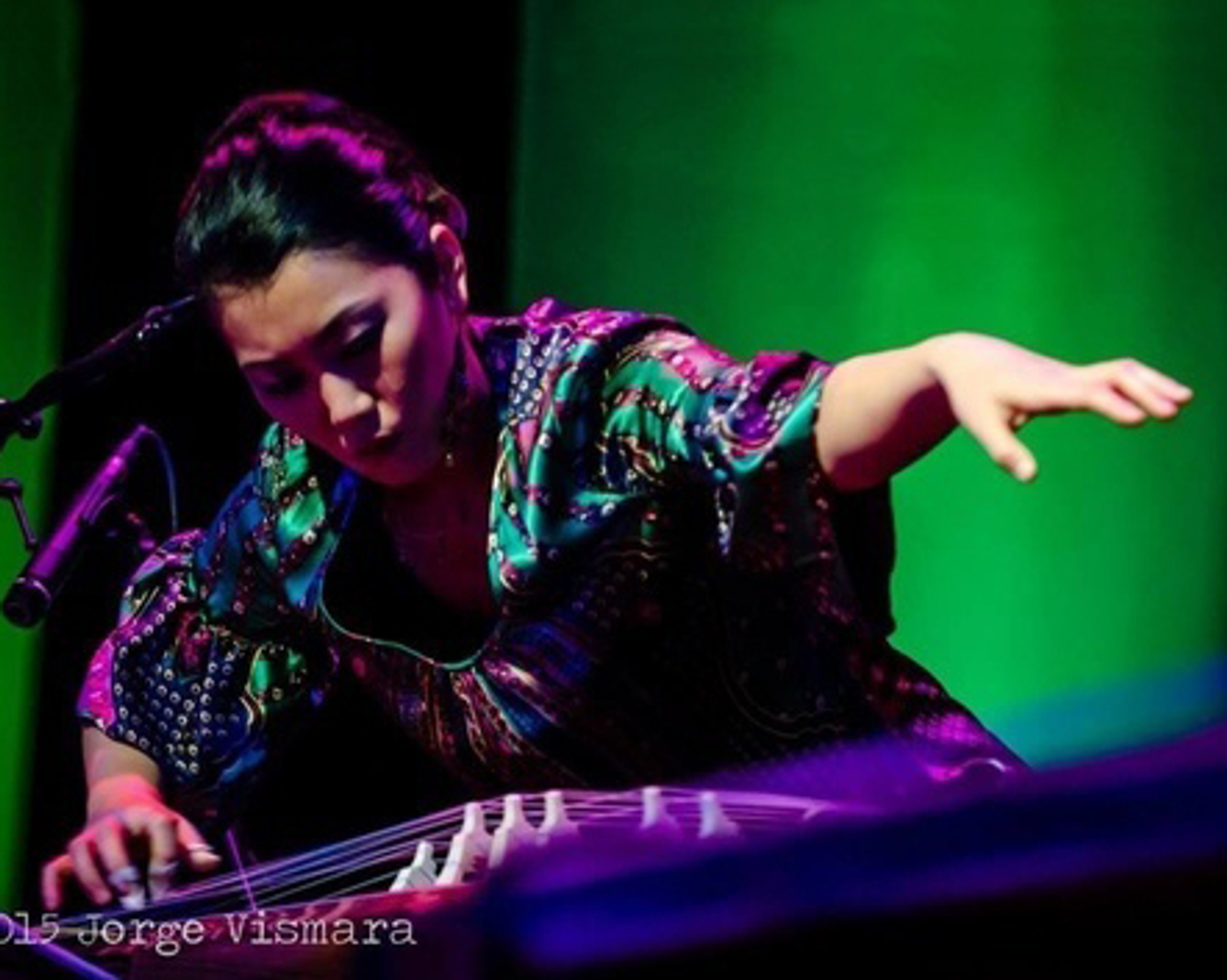 Japanese Koto & Shamisen player and Jazz singer/songwriter Sumie (Sumi-é) Kaneko creates music that spans a millennium. A master in the traditional repertoire of these ancient instruments, she has also pioneered their use in jazz and experimental music, through solo and group performances worldwide. Her appearance as part of MIT’s World Music Day featured new works by Christine Southworth and Evan Ziporyn, a first-ever collaboration with MIT’s Gamelan Galak Tika, and solo works from her acclaimed new album, Dead of the Night.

Sumie Kaneko’s visit to the Institute was part of MIT Sounding, an innovative annual performance series that blurs the boundaries between contemporary and world music. Curated by Evan Ziporyn, Faculty Director of the MIT Center for Art, Science & Technology, the 2016-17 season of MIT Sounding integrates the avant-garde sounds of ancient instruments and traditional practices with cutting-edge composition and technology to present various visions of a new, evolving music that defies genre.

This multi-cultural celebration included traditional and new music from three cultures, as well as the intersection between them. Featuring world premieres by Sam Schmetterer, Christine Southworth, and Evan Ziporyn (Kenan Sahin Professor of Music at MIT and Faculty Director of the MIT Center for Art, Science & Technology (CAST), the program also included a solo set by koto/shamisen master Sumie Kaneko, the first performance by the newly formed Cambridge Youth Gamelan and by members of the Balinese Gamelan class, and traditional Balinese and Senegalese dance.  Attendees sampled world cuisine between sets and ended the evening with the infectious rhythms of MIT’s Rambax.

Sumie Kaneko began playing Koto at age 5, by the following year she was appearing on Japanese radio NHK. In 1995, she won the Takasaki International Competition in Koto performance. She studied Japanese traditional music at Tokyo National University of Fine Arts and Music, and in 2006, studied Jazz vocal at Berklee College of Music. She has performed at Carnegie Hall, Lincoln Center, Getty Center, Boston Ballet, Silk Road Project and the Museum of Fine Arts, Boston. She has also given workshops at Harvard University, Princeton University, Wellesley College and Berklee College of Music, among other institutions. In 2014, her group was invited to the Washington, DC Jazz Festival, which is co-sponsored by the Embassy of Japan.

Kaneko has collaborated with many world instrumentalists, such as Kenny Endo, Kaoru Watanabe, On Ensemble, Yumiko Tanaka, as well as painters, dancers and calligraphers. She has toured internationally in Brazil, Peru, Bolivia, Jamaica and Bangladesh. In 2015, she performed in Delhi, Islamabad, Karachi and Dhaka.  In 2016 Kaneko released her second album, Dead of the Night.