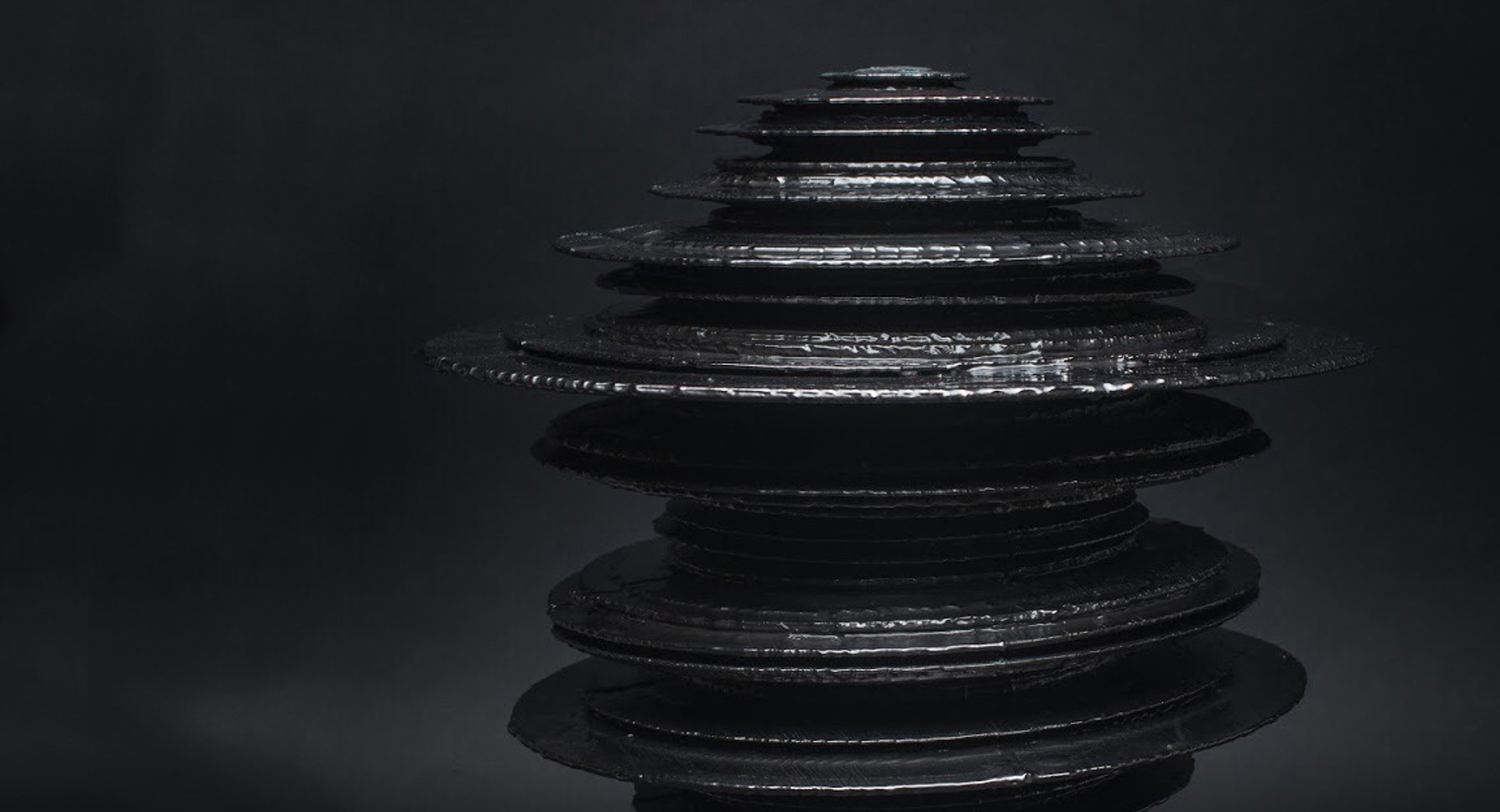 “Art, science and philosophy seldom converge as felicitously as they do in Agnieszka Kurant’s work”
— The New York Times “It was exciting for us to engage with somebody using the same tools that we are, but who is deeply rooted in theory and thinking through a completely different lens.”
— MIT student Adam Haar Horowitz 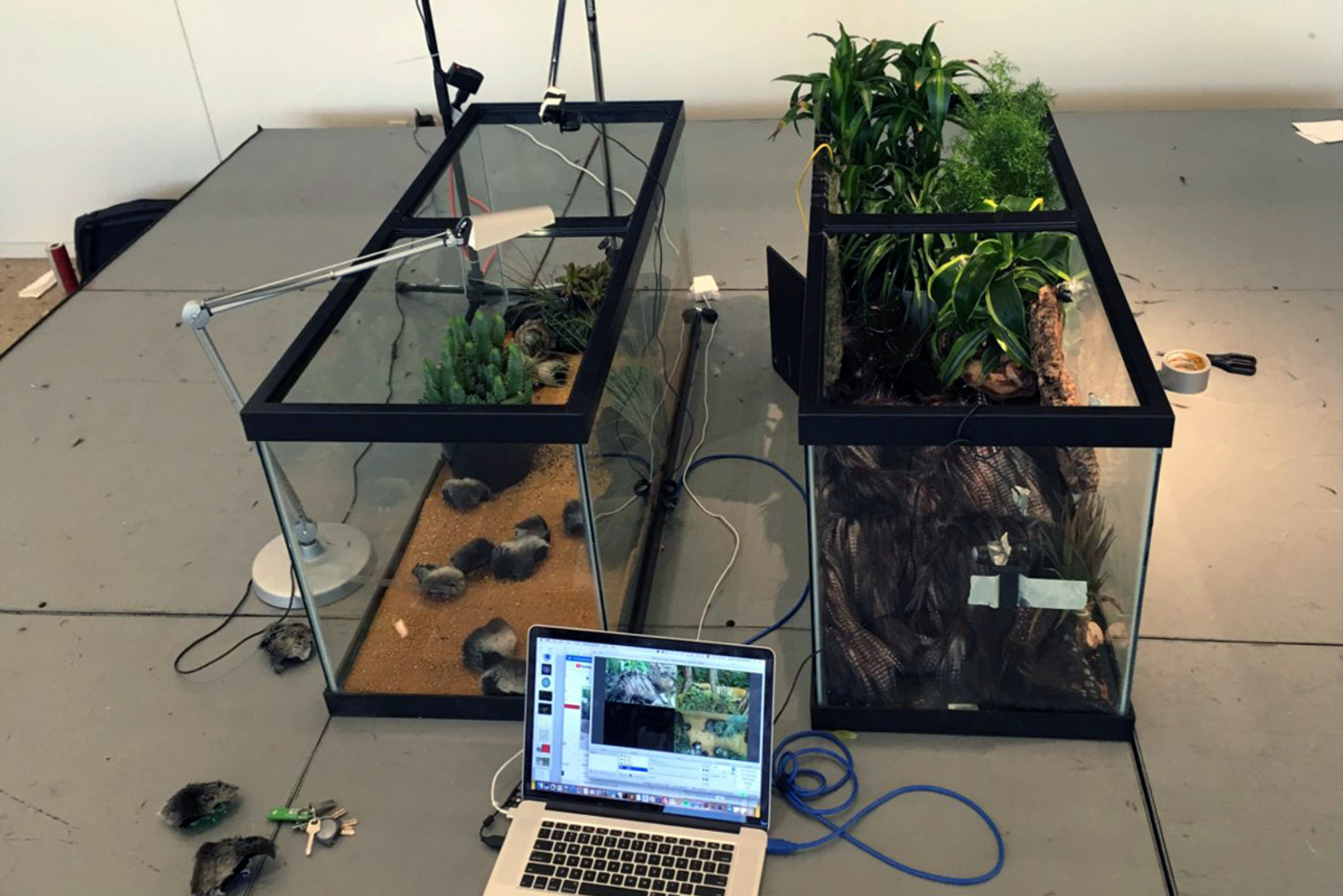 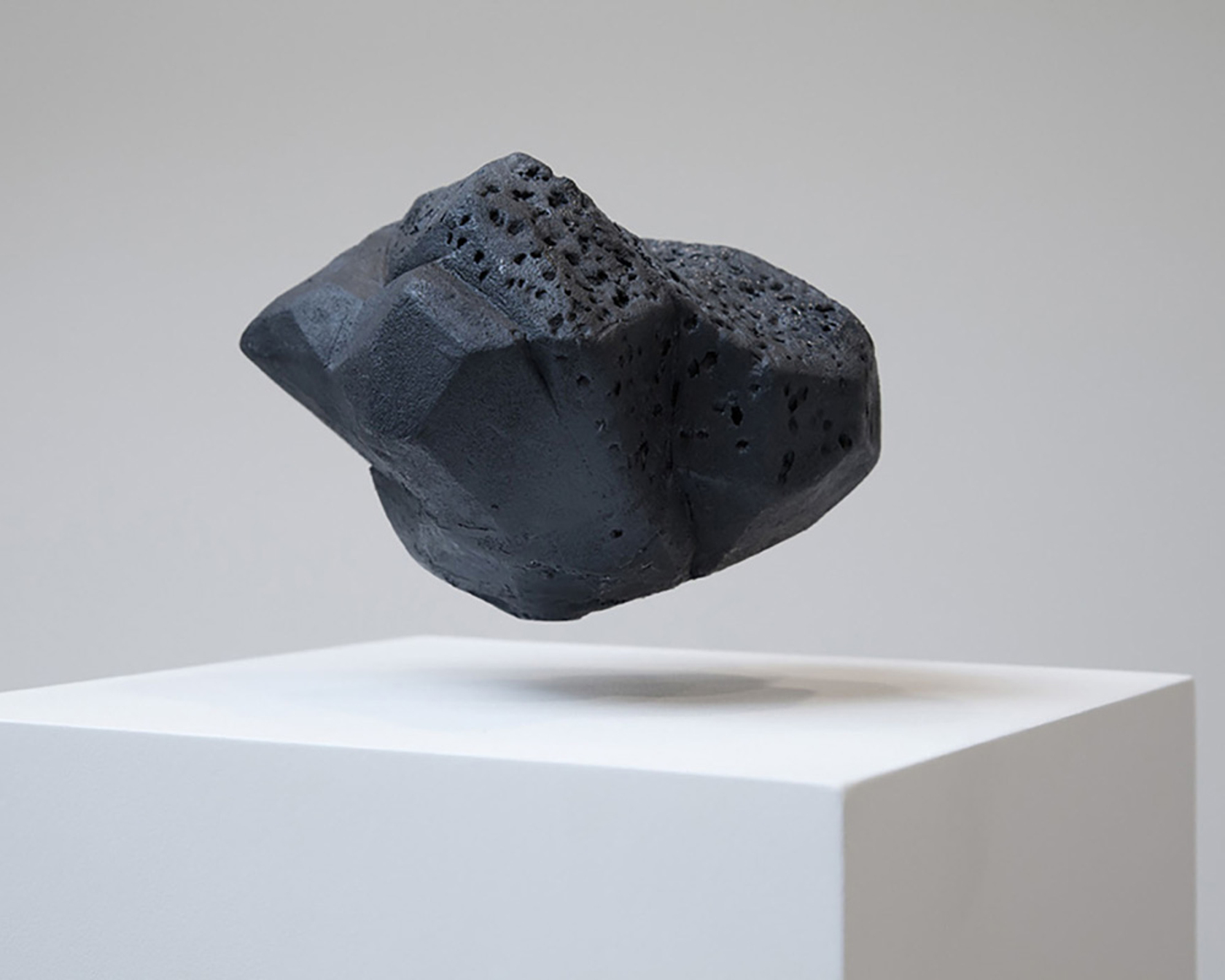 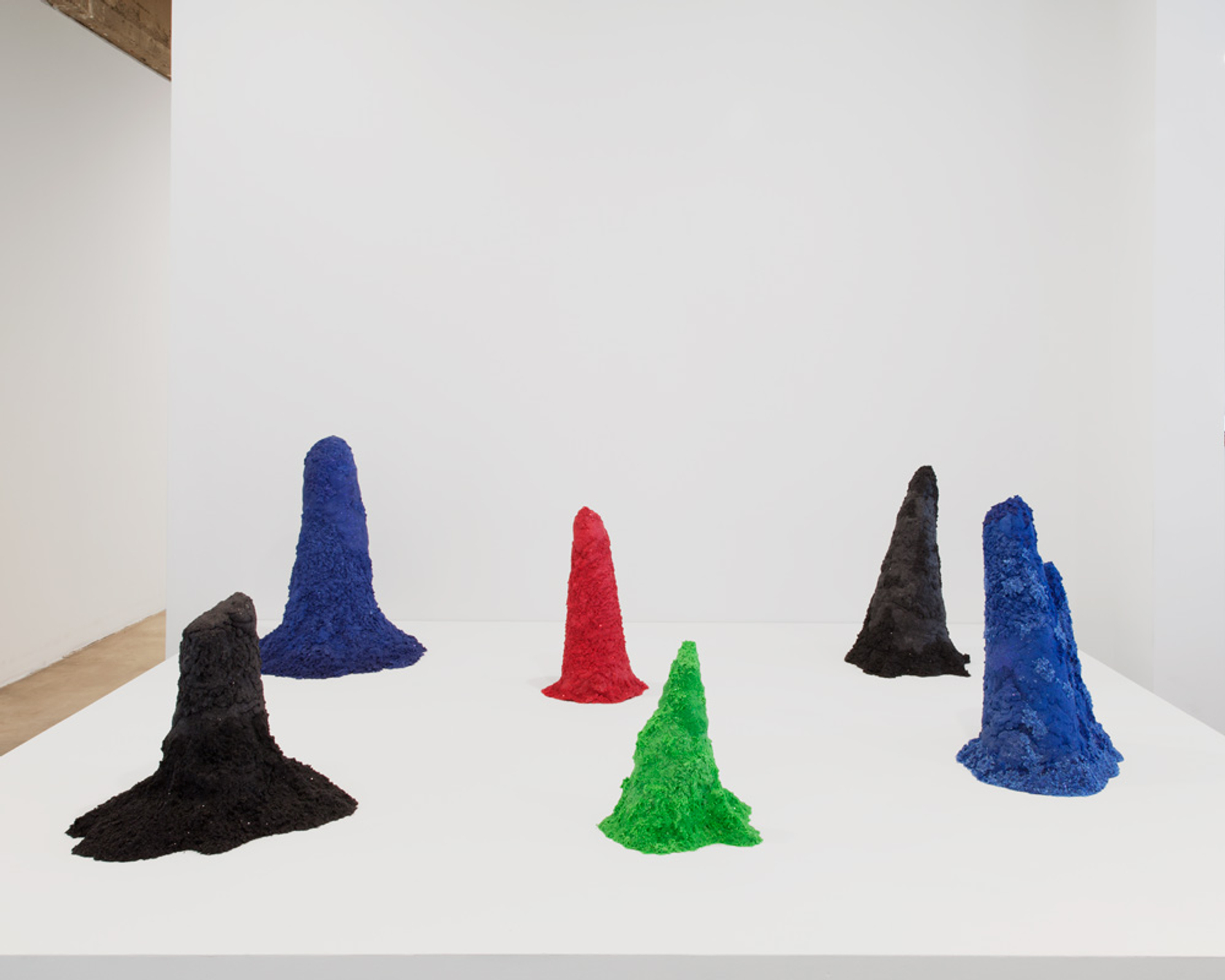 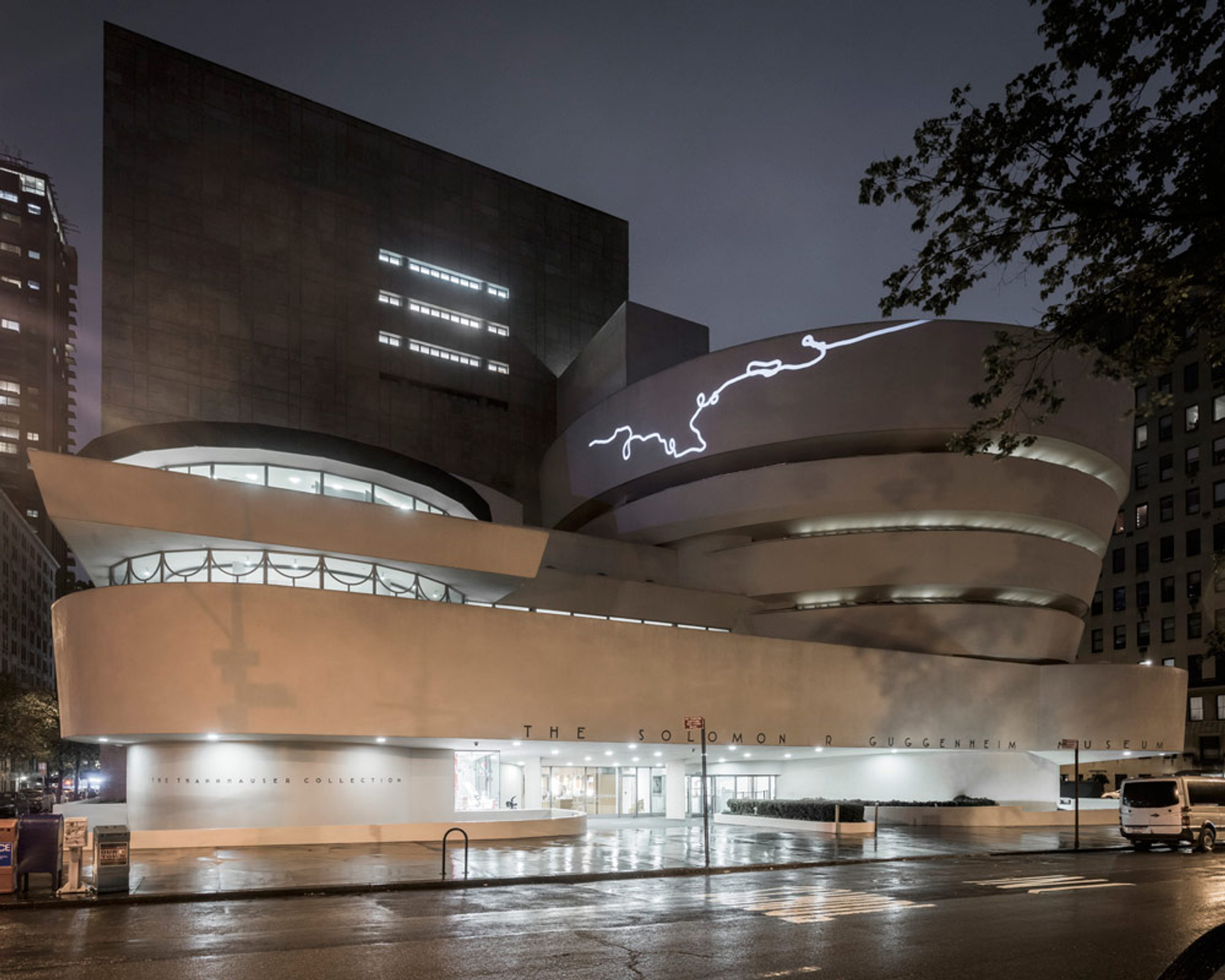 Conceptual interdisciplinary artist Agnieszka Kurant explores how complex social, economic, and cultural systems can operate in ways that confuse distinctions between fiction and reality or nature and culture. She investigates “the economy of the invisible,” in which immaterial and imaginary entities, fictions, phantoms, and emergent processes influence political and economic systems. As the Ida Ely Rubin Artist in Residence at CAST, Kurant collaborated with Boris Katz, Principal Research Scientist at the MIT Computer Science & Artificial Intelligence Laboratory (CSAIL) and head of the InfoLab Group, to explore the crossover between collective intelligence and artificial intelligence. Kurant and Katz analyzed how collective intelligence and emergence—in nature and culture—can be applied to creativity and art production. Their research will be used to develop crowd-sourced artworks that will be shaped and animated by a new working class—workers of online crowdsourcing marketplace platforms.

This artist residency was supported by the Ida Ely Rubin Artists in Residence Fund.

Free and open to the public, no reservation required

Born in Poland and based in New York City, Kurant probes the “unknown unknowns” of knowledge and the speculations and exploits of capitalism by integrating elements of science and philosophy, and analyzing certain phenomena—collective intelligence, emergence, virtual capital, immaterial and digital labor, evolution of memes, civilizations and social movements, artificial societies, energy circuits, and the editing process—as political acts. She explores the hybrid and shifting status of objects in relation to value, aura, authorship, production, and circulation. Many of her works emulate nature and behave like living organisms, self-organized complex systems, or bachelor machines.

Kurant studied in Lodz, Warsaw and London, and was awarded residencies at Palais de Tokyo in Paris, ISCP in New York, Paul Klee Center in Bern, Location One in New York and Iaspis in Stockholm. She represented Poland at the Venice Biennale 12th International Architecture Exhibition (in collaboration with the architect Aleksandra Wasilkowska) with a pavilion presentation entitled Emergency Exit, and her artwork has been exhibited at the Guggenheim Museum, MoMA PS1, Sculpture Center, The Kitchen, Witte de With in Rotterdam, Palais de Tokyo in Paris, Moderna Museet, Tate Modern, MAMCO in Geneva, MUMOK, and Museum of Modern Art in Warsaw (2015). Other key exhibitions include Performa Biennial in New York (2013 & 2009), Moscow Biennale (2007), Bucharest Biennale (2008), and 2nd Ural Biennial (2012). Her films have been featured at film festivals including Kino der Kunst in Munich and CPH Docs in Copenhagen.

“Art, science and philosophy seldom converge as felicitously as they do in Agnieszka Kurant’s work” — The New York Times

“… now that the breakneck pace of technological discovery has numbed us to even the most startling innovations. But that is what Kurant seeks to conjure in her work: the eerie, uneasy wonder we used to feel toward progress that augured new ways of life. ” — New York Times: An Artist Who Disavows the Possibility of Individual Agency

“It was exciting for us to engage with somebody who is using the same tools that we are, but who is deeply rooted in theory and who is thinking through a completely different lens.” — MIT student Adam Haar

Read more: "Behind the Artwork: Adam Haar Horowitz on The Animal Internet"