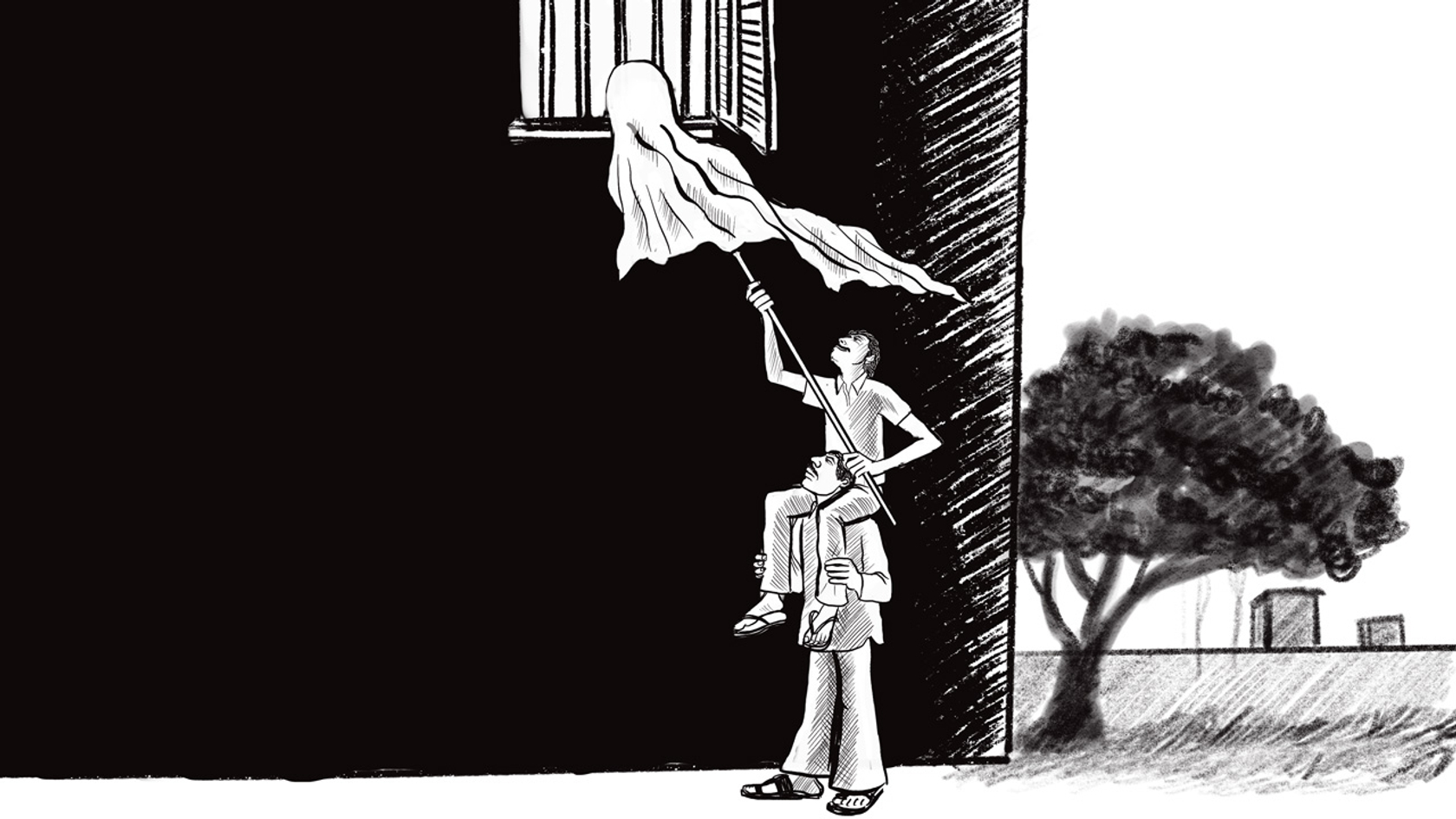 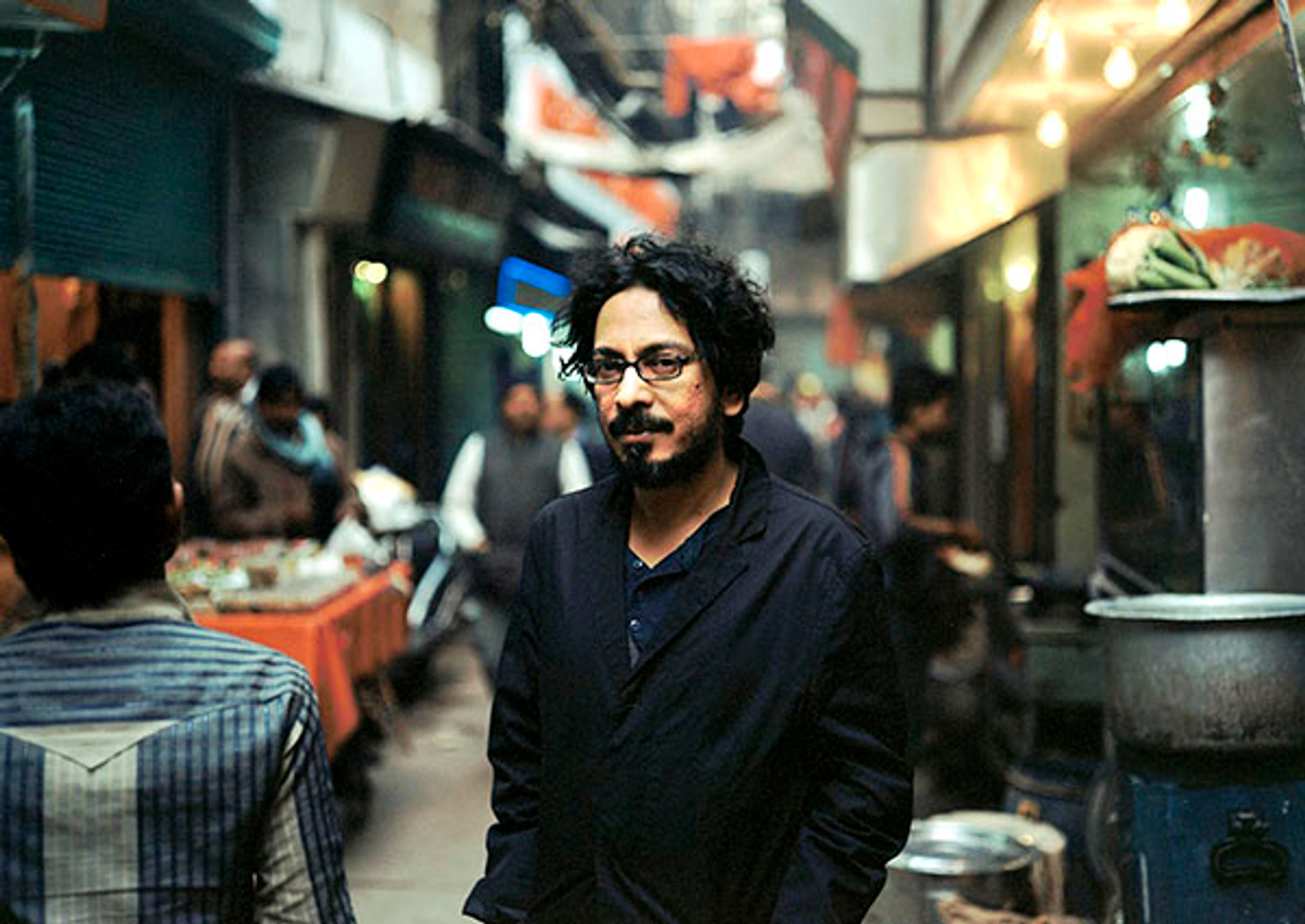 Drawing from Professor Banerjee’s research on economic development, they are working closely with the MIT community to develop a form of story-telling that brings together scholarship, theater, drawing, and sound to explore themes of water, greed, and economic growth. The story, Water Wars, is written in the form of a multi-character soap opera centered around the academic economist addressing various water-related intrigues of South Asia.

Water Wars is presented as illustrated episodes, performed by Professor Banerjee, echoing the 19th century public lectures held in London, Berlin, and Calcutta and other centers of learning. Lectures by Charles Darwin, Prafulla Chandra Ray, Acharya J.C. Bose, Mary Wollstonecraft, John Locke, Michael Faraday, and others were dramatic, often shocking, presentations of provocative scientific discoveries, playing to the theatrical culture of the time to impart a lasting impression on audiences. Professor Banerjee and Sarnath Banerjee hope to re-enchant the subject of economic growth through this form of public lecture, complemented by animation, sound, and drawings, to showcase the synergistic and creative outcomes of the collaboration between social scientists and artists.

Sarnath Banerjee is a visual artist, an author of graphic fiction, and a publisher. He is from Kolkata and has lived in Berlin since 2011.

Banerjee’s work makes use of a surreal style, combining humor and realistic drawings with subtle caricaturing elements. He aims to tell the everyday stories of Indians in a way that emphasizes the tone rather than the factual reality of events. Though he draws upon Western modernism, his work is saturated with contemporary Indian culture, including untranslated phrases in Hindi, Urdu, and Bengali, as well as inside jokes about ethnic rivalries. He incorporates black-and-white ink sketches and photographic images drawn from Indian magazines, advertisements, and film posters for a collage-like effect.

All Quiet in Vikaspuri (2015), Banerjee’s most recent graphic novel, connects the issue of water shortage to the lives of everyday people. It depicts an apocalyptic battle for water in the drought-plagued city of Delhi and a man’s journey to the center of the Earth in search of the mythological river Saraswati.

Banerjee is the author of three other graphic novels—Corridor (2004), The Barn Owl’s Wondrous Capers (2007), and The Harappa Files (2011)—as well as a 17-episode comic series, The Hindu, which takes place in Berlin. His books have been published by Penguin and HarperCollins India, and have provided the momentum for a new wave of Indian graphic novelists.

Banerjee’s illustrations and films are exhibited internationally, including Gallery of Losers commissioned by the Frieze Foundation in 2012 for the London Summer Olympics and displayed on billboards around the city.

“Whether he’s observing the transformation of Delhi’s historic Hauz Khas village, studded with ancient tombs and mosques, into a wealthy residential area or the ‘global Brooklynification’ felt from Bombay to Berlin, [Banerjee is] always telling the story of his country’s abortive coming of age.”

– Ragini Tharoor Srinivasan, The New Yorker: A Graphic Novelist Captures the Paradoxes of Living in the “New India”

Mumbai Mirror: Many Shades of a Star, December 2019

Firstpost: Sarnath Banerjee on Subverting ‘Truth-Manufacturing Industries’ with Fiction, and the Therapeutic Power of Imagination, March 2019

The Times of India: A Loser’s Spirit is not as Vulgar as the Killer Instinct, July 2012

VIDEO: A Collaboration with Abhijit Banerjee and Sarnath Banerjee