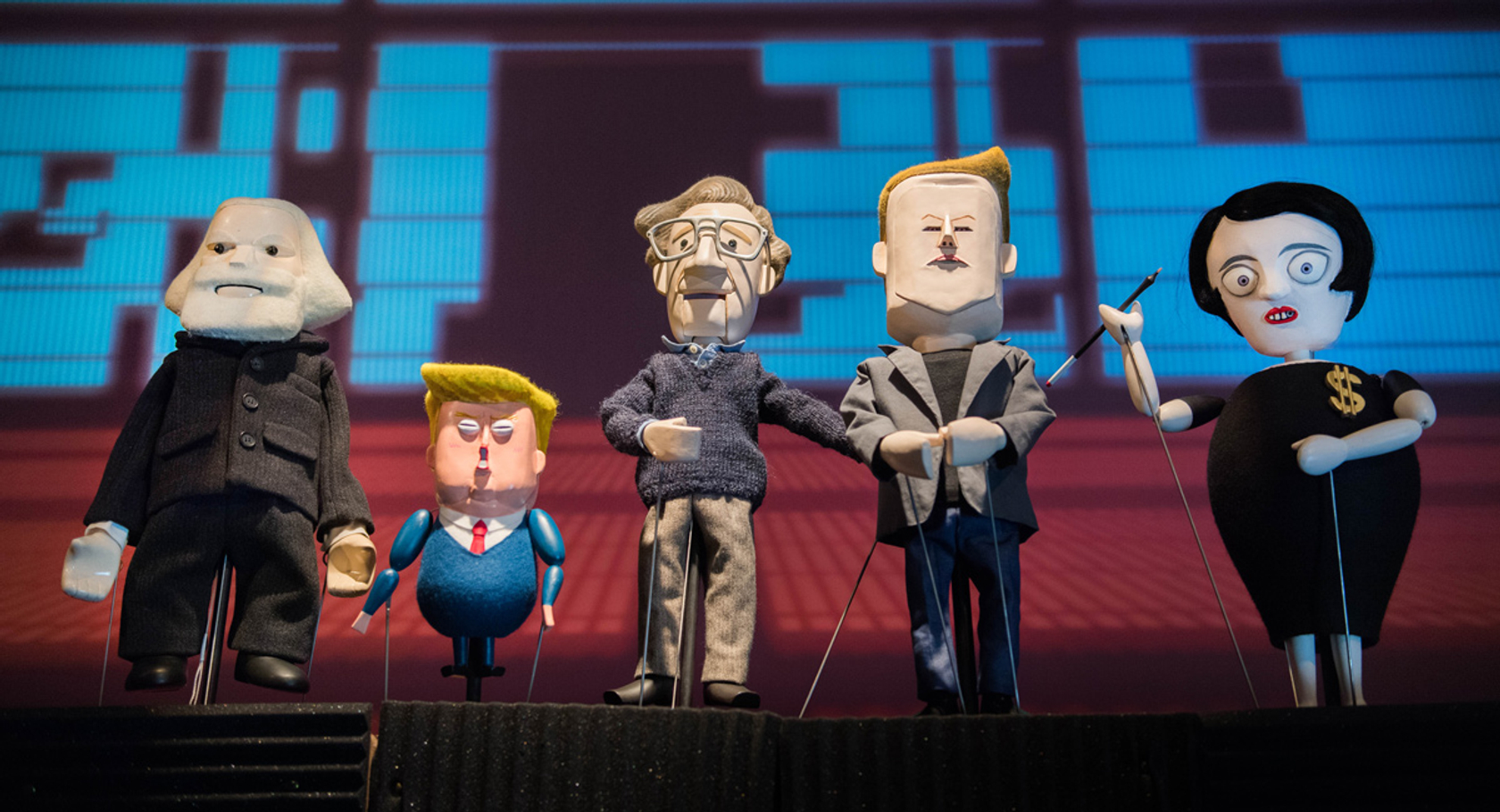 “The artist Pedro Reyes is a biting social critic whose pieces often hold out hope — in the face of overwhelming evidence to the contrary — that things will get better.”
— New York Times 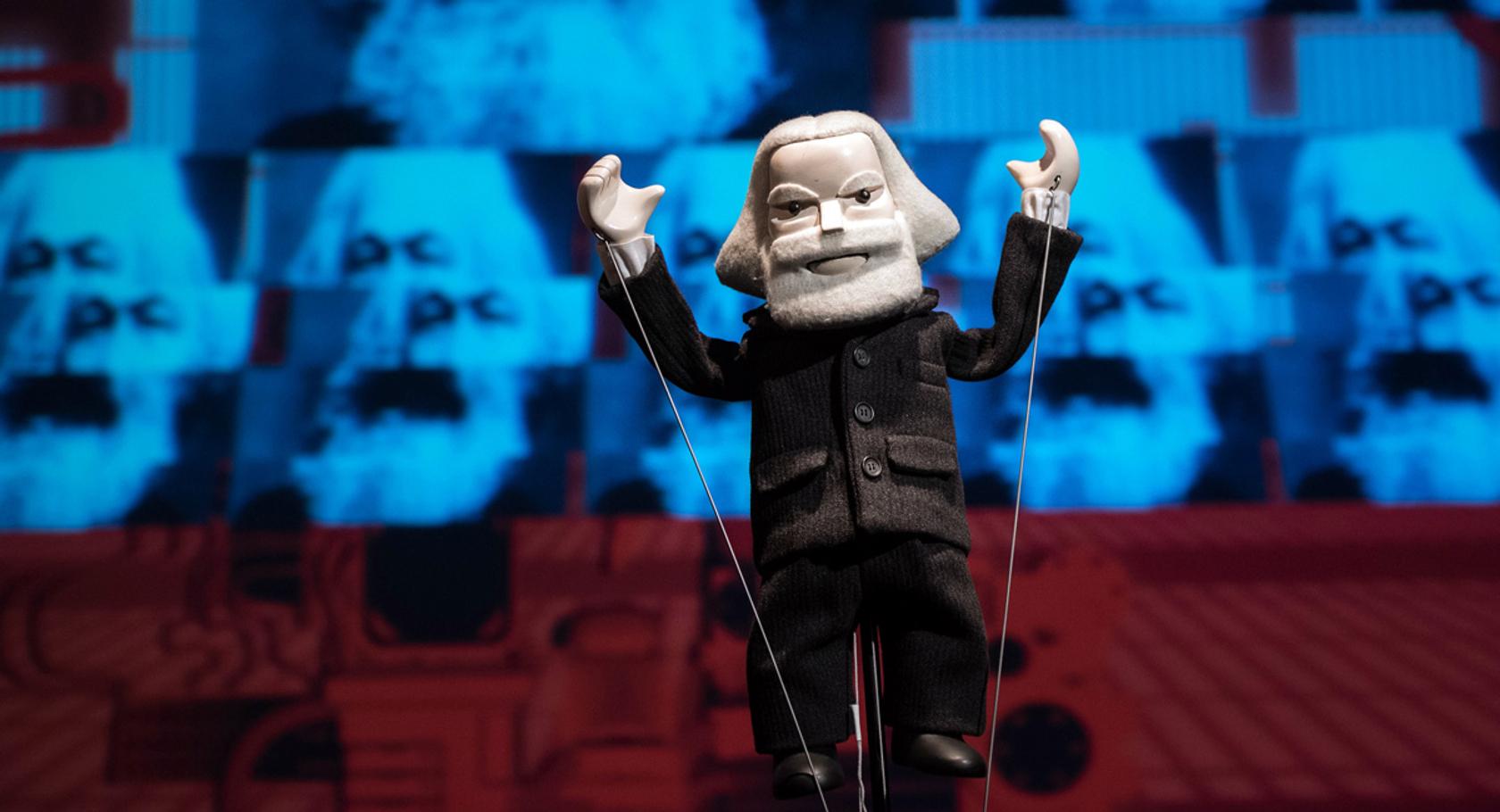 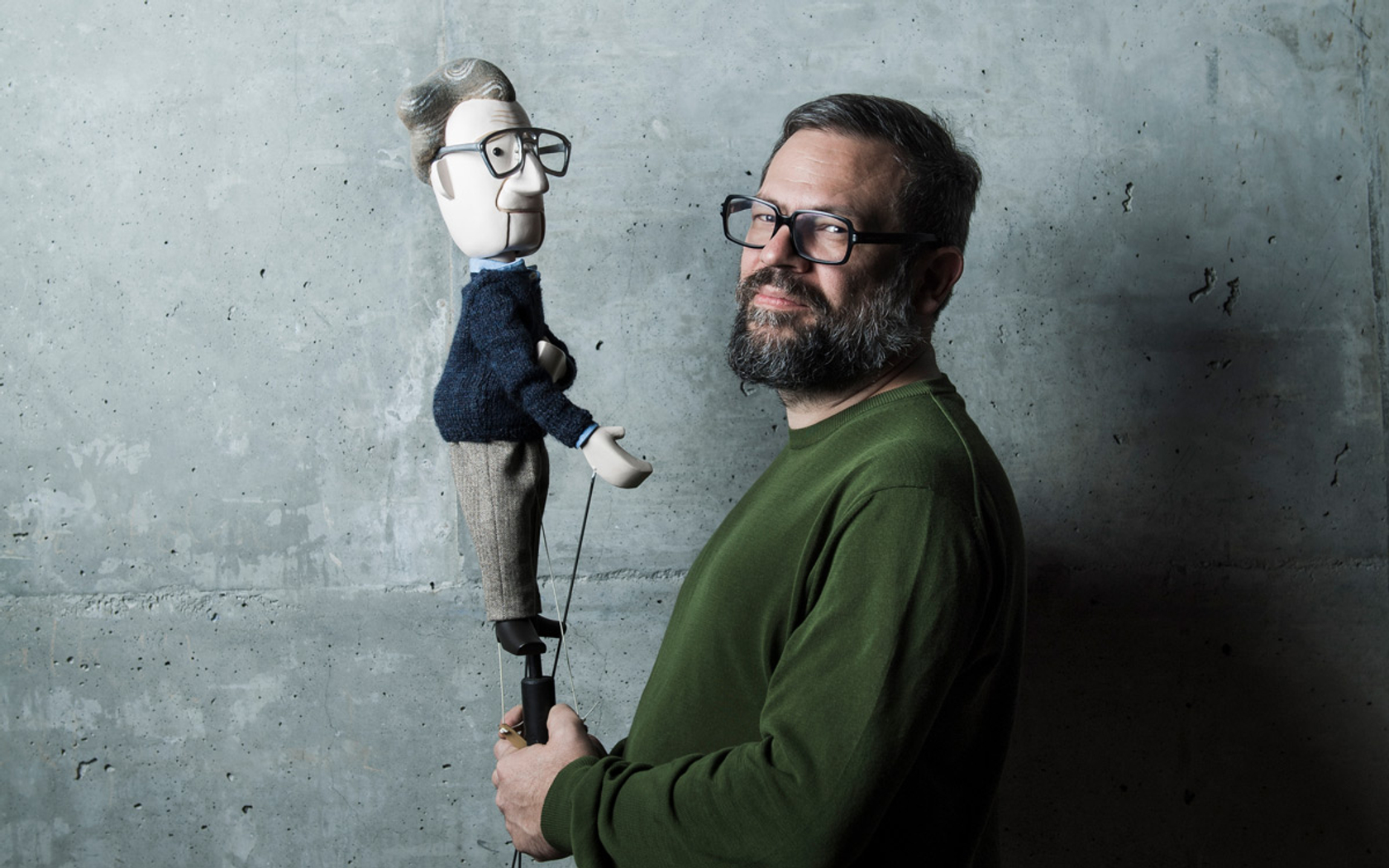 Pedro Reyes was the inaugural Dasha Zhukova Distinguished Visiting Artist at MIT Center for Art, Science & Technology. Reyes studied architecture but considers himself a sculptor. At MIT, Reyes taught “The Reverse Engineering of Warfare: Challenging Techno-optimism and Reimagining the Defense Sector (an Opera for the End of Times).” The course explored the interplay of imperialism, armed interventions, the defense budget, the history of engineering and military technology, crisis management in environmental disasters, popular entertainment and the global imbalances created by the West’s fixation on technological advancement. The resulting performance included collaborative creative enactments of the actual facts and the (often unasked) ethical questions faced by society today.

In addition to his position as lecturer in the MIT Program in Art, Culture and Technology, Reyes met with MIT faculty and researchers to develop potential collaborative projects. As part of his research Reyes met with Professor Noam Chomsky, to whom he proposed making a play featuring Chomsky as the protagonist. Reyes has integrated theater into his repertoire since 2008, often using handmade puppets from Japan, inspired by the Bunraku tradition. Reyes’ puppet plays include The Permanent Revolution (2014) on the life of Leon Trotsky and other political satires featuring key figures in the history of philosophy, such as Karl Marx and Adam Smith.

In Manufacturing Mischief, the character of Noam Chomsky finds an antagonist in Ayn Rand, who has never been taken seriously in academia, yet continues to be read widely and is a source of ideologies associated with Trumpism. Elon Musk is a technocratic hero today, in the tradition of Henry Ford and Steve Jobs. These and other characters are brought into the play by a Deus ex machina called the Print-A-Friend, an apparatus where a book is put in and out comes the author. Manufacturing Mischief premiered at MIT April 26-27, 2018.

The Distinguished Visiting Artist appointment is designed to provide opportunities to pursue sustained, in-depth research and development in order to shape new creative projects in collaboration with MIT faculty, students and researchers.

Presented by the MIT Center for Art, Science & Technology (CAST)

Using comedy to address political discourse and the dilemmas that Artificial Intelligence and late capitalism pose in the Anthropocene era, Manufacturing Mischief will delight kids, academics and nerds alike.

Based in Mexico City, Pedro Reyes is the inaugural Dasha Zhukova Distinguished Visiting Artist at CAST. His practice is highly eclectic and socially minded: he produces sculptures, theatre, musical instruments, puppets, therapy sessions, graphic novels and many other things to promote social and economic justice.

The “Double Agents” lecture series, hosted by the MIT Program in Art, Culture & Technology, invites artist presenters whose work provokes and thrives in the tension between competing systems of power, production and exhibition. At play in these discussions is the role of ethics in political art amidst shifting forms of governance, suppression and repression.

Artist Pedro Reyes’s works integrate elements of theater, psychology and activism and take on a variety of forms, from penetrable sculptures (Capulas, 2002-08) to puppet productions (Baby Marx, 2008; The Permanent Revolution, 2014; Manufacturing Mischief, 2018). In 2008, Reyes initiated the ongoing Palas por Pistolas where 1,527 guns were collected in Mexico through a voluntary donation campaign to produce the same number of shovels to plant 1,527 trees. This led to Disarm (2012), where 6,700 destroyed weapons were transformed into a series of musical instruments.

Other notable past works include Sanatorium (2011), a transient clinic that provides short unexpected treatments mixing art and psychology. Originally commissioned by the Guggenheim Museum in New York City, Sanatorium has been in operation at Documenta 13, Kassel (2012); Whitechapel Gallery, London (2013); The Power Plant, Toronto (2014); the Institute of Contemporary Art (ICA), Miami (2014-2015); and OCA, São Paulo (2015). In 2013, Reyes presented the first edition of pUN: The People’s United Nations at Queens Museum in New York City. pUN is an experimental conference in which regular citizens act as delegates for each of the countries in the UN and seek to apply techniques and resources from social psychology, theater, art, and conflict resolution to geopolitics. pUN’s second and third editions took place at the Hammer Museum in Los Angeles (2015) and at the Museum of the 21st century in Kanazawa, Japan (2015). Reyes lives and works in Mexico City.

“The artist Pedro Reyes is a biting social critic whose pieces often hold out hope — in the face of overwhelming evidence to the contrary — that things will get better.”

The Art Newspaper: Pedro Reyes’s haunted house taps into the scary side of American politics

The Creators Project: From Guns To Drums: Pedro Reyes Turns Weapons Of Hate Into Musical Instruments

Creative Time Reports: Disarm: Transforming Guns into Art, from Mexico to the U.S.

Art In America: The Revolution Will Be Fun

Read: "In the Making: Pedro Reyes"

Course: The Reverse Engineering of Warfare