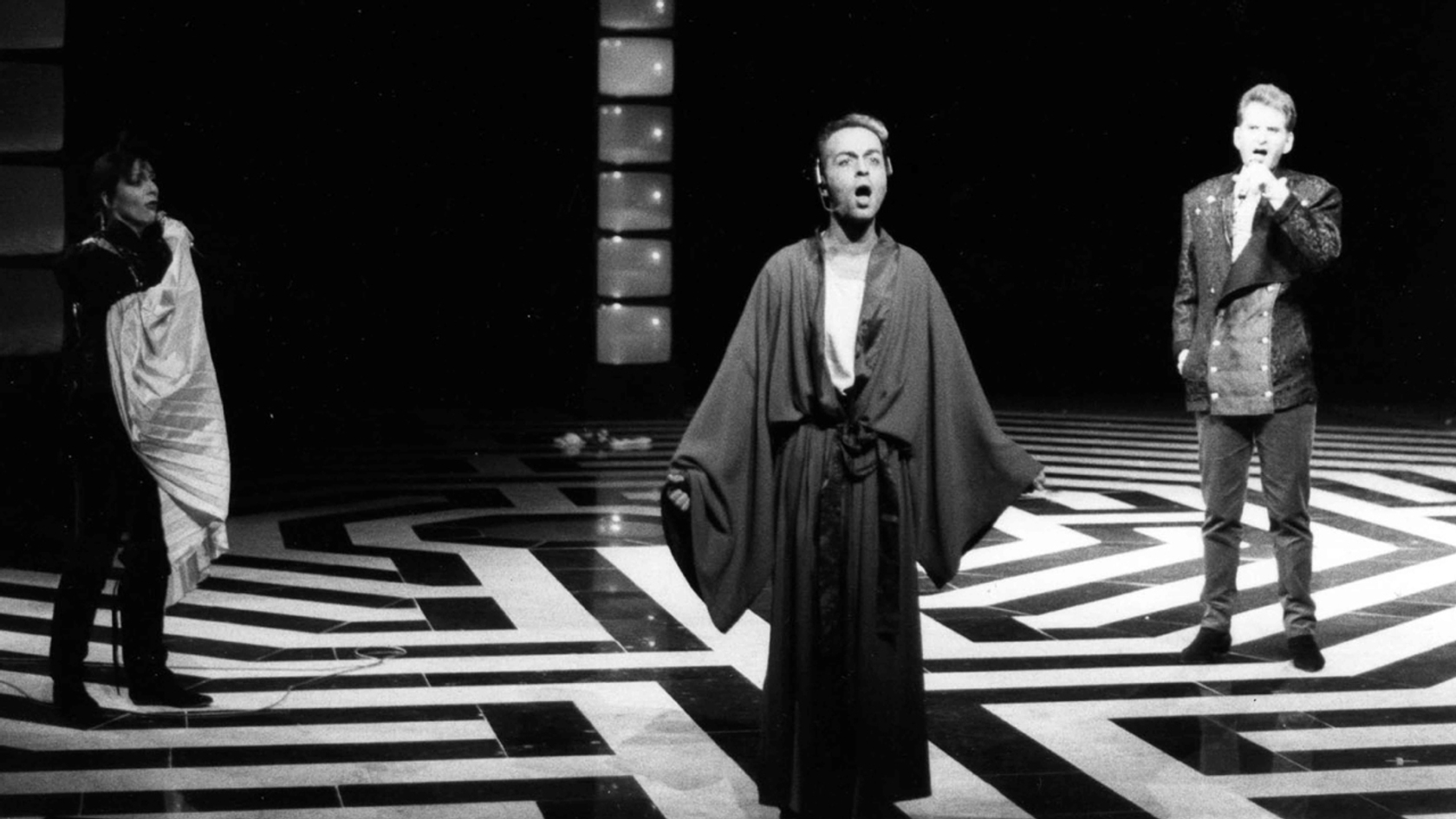 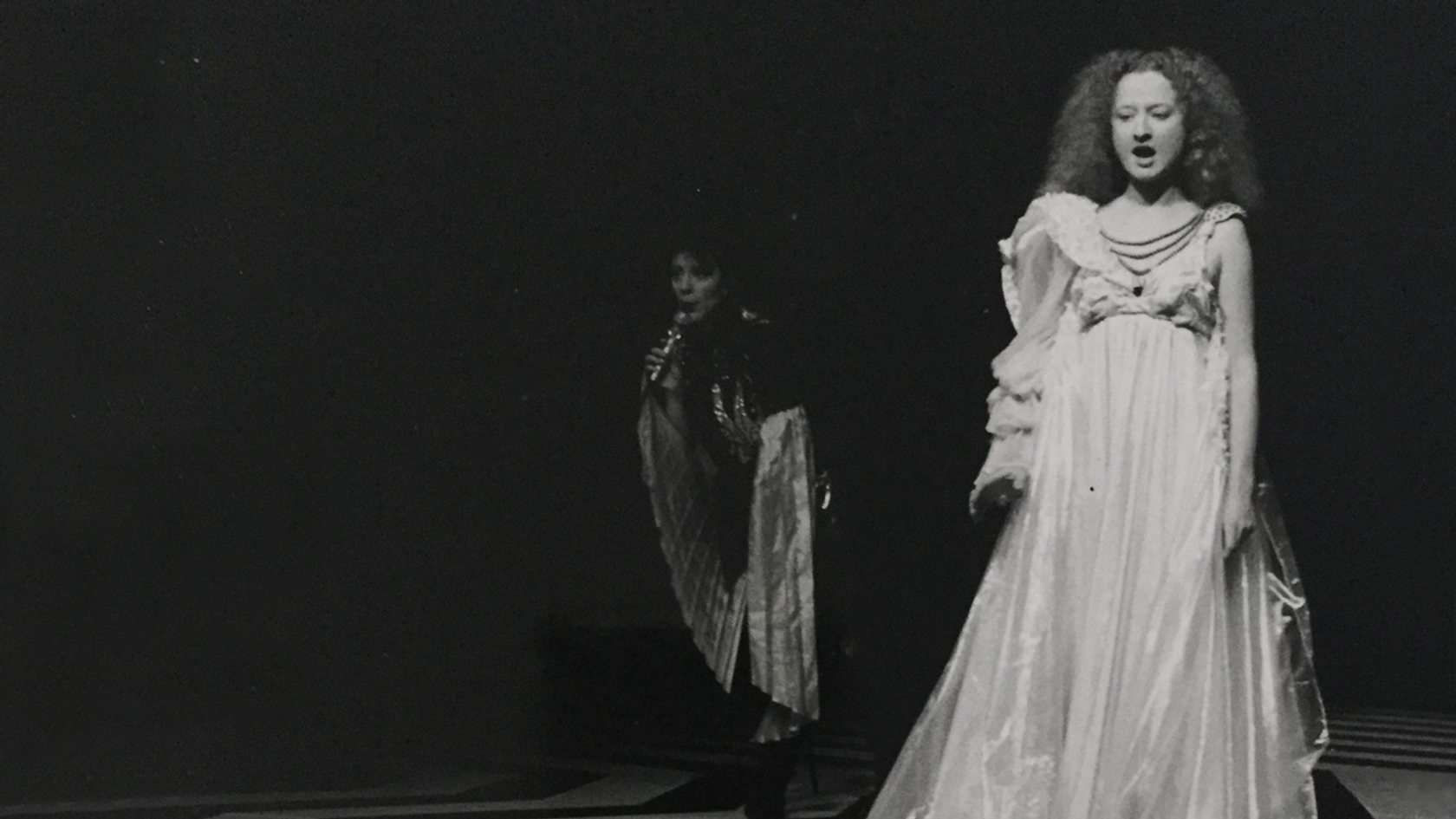 VALIS, composed by Muriel R. Cooper Professor of Music and Media and director of the Media Lab’s Opera of the Future Group Tod Machover, was commissioned for the 10th anniversary of the Centre Georges Pompidou in Paris, premiered there in December 1987, and then toured the U.S. (including performances in the MIT Media Lab’s Cube) and Asia through the early 1990s. A recording of the opera is still a best-seller for Bridge Records and various voice-instrument-electronics versions have been presented over the past years, but a full production of VALIS has not been mounted for almost 30 years. A new production will be directed by Jay Scheib and developed in MIT’s Theater Arts performance space (W97). Technology will be created at the MIT Media Lab, under the direction of Tod Machover, marking the first collaboration between the Media Lab and the Theater Arts program.

A workshop for this new production will take place in February 2022, with the full production premiering in January 2023.

This project will bring the very first Hyperinstruments (1987) into a refreshed, state-of-the-art condition, propelling a re-evaluation of live performance interactivity and a transfer of that expertise to a new generation. The techniques developed for enhancing the multisensory livestream of the production will advance ongoing research in remote artistic collaboration and performance, including extended two-way communication between performers and audiences.

As a first collaboration between Theater Arts at MIT and the Media Lab, VALIS effectively energizes an already expanding effort to embrace advanced computational tools in terms of live visual effects processing. The development process, which involves MIT students and faculty, professional artists, and designers, will explore the meaningful transdisciplinary collision of bodies, computers, motion tracking technologies, and human and less-human generated sounds and visions.

Tod Machover (Composer) is Muriel R. Cooper Professor of Music and Media and director of the Media Lab’s Opera of the Future group. Called a “musical visionary” by The New York Times and “America’s most wired composer” by The Los Angeles Times, Machover is an influential composer and inventor, praised for creating music that breaks traditional artistic and cultural boundaries and for developing technologies that expand music’s potential for everyone, from celebrated virtuosi to musicians of all abilities.

Machover is widely recognized for designing new technologies for music performance and creation, such as Hyperinstruments, “smart” performance systems that extend expression for virtuosi, from Yo-Yo Ma to Prince, as well as for the general public. The popular videogames Guitar Hero and Rock Band grew out of Machover’s group at the Media Lab. His Hyperscore software—which allows anyone to compose original music using lines and colors—has enabled children around the world to have their music performed by major orchestras, chamber music ensembles, and rock bands. Machover is also deeply involved in developing musical technologies and concepts for medical and wellbeing contexts, helping to diagnose conditions, such as Alzheimer’s disease, or allowing people with cerebral palsy to communicate through music.

Internationally known for genre-defying works of daring physicality and the integration of new (and used) technologies in live performance, Jay Scheib’s (Director) recent productions include the West End musical “Bat Out of Hell” after the album by Jim Steinman at the London Coliseum/English National Opera and a new opera based on Ingmar Bergman’s film “Persona” which was produced by Beth Morrison Projects and premiered at National Sawdust in New York followed by performances at the Isabella Stewart Gardner Museum in Boston and in 2017 with LA Opera at RedCat. Scheib’s recent mashup of Heiner Goebbels’ Surrogate Cities with Richard Wagner’s Götterdämmerung played to rave reviews at the Wuppertal Opera House in Germany.

VALIS is presented by the MIT Center for Art, Science & Technology, MIT Media Lab, and MIT Music and Theater Arts.