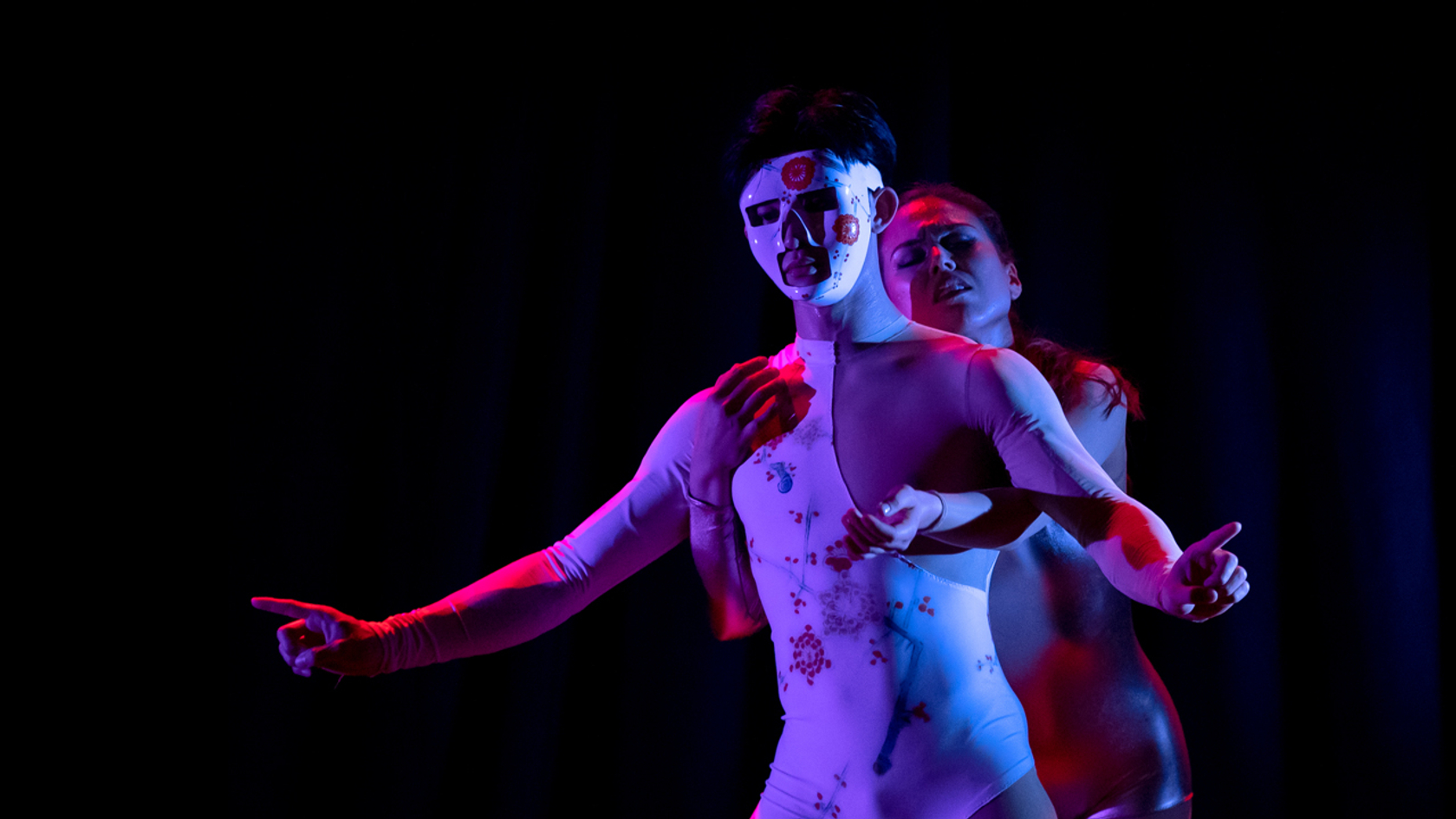 A story of magic, desire, and exotic entanglement

The Ballet des Porcelaines was presented in 1739 by a group of French aristocrats at a château outside of Paris. The historical context of its production—an exclusive performance supported by the labor of less privileged classes given for the elite—reflects the era’s social inequalities. The plot is equally revealing: A prince searches for his lover on a faraway island ruled by a magician who has transformed the inhabitants into porcelain. The prince and princess must shatter the spell to bring the frozen dancers back to life. The story is an allegory for the French fascination with Chinese porcelain, sometimes referred to as “white gold,” and  foreshadows the destructive nature of European imperialism during the later years of the Qing Empire.

Nothing survives of the original ballet’s set design, costumes, or choreography; this lost work of baroque chinoiserie is as much a historical artifact as the porcelain objects that inspired it. Choreographer and activist Phil Chan and art historian Meredith Martin have worked with a culturally diverse creative team creative team to reimagine the ballet, aiming to make it meaningful and relevant for a multiracial and contemporary audience, while probing the mystery, exoticism, and complex cultural work behind the making of porcelain. First premiered at the Metropolitan Museum of Art in December 2021, the production casts Asian American dancers in the primary roles, and foregrounds the misunderstandings of China and Asia that continue to exist in the performing arts today.

MIT faculty Jeffrey S. Ravel (History) and Kristel Smentek (Architecture) brought the production to MIT to encourage discussion about the historical origins of inequality and how such inequities may be remedied today—complementing MIT’s ongoing diversity, equity, and inclusion work. Ravel and Smentek are specialists in the history and culture of 18th-century France, including expertise, respectively, in the politics of French theater and the European encounter with Asian art. Along with Chan and Martin, they participated in Q&A sessions and audience discussions following the performances at MIT.

Choreographer, activist, arts administrator, and educator Phil Chan is the cofounder of Final Bow for Yellowface, an organization working to rid ballet of offensive Asian stereotypes. Chan is also the author of Final Bow for Yellowface: Dancing between Intention and Impact, which chronicles his journey navigating conversations around race, representation, and inclusion in ballet. A graduate of Carleton College and an alumnus of the Ailey School, Chan serves as president of the Gold Standard Arts Foundation. He has also been named 2021–22 Visiting Scholar at the Asian/Pacific/American Institute at New York University and a Next 50 Arts Leader by the Kennedy Center.

Meredith Martin is an associate professor of art history at New York University who specializes in French art and architecture as well as French interactions with Asia from the 17th to 19th centuries. She wrote Dairy Queens: The Politics of Pastoral Architecture from Catherine de’ Medici to Marie-Antoinette, and, with Gillian Weiss, The Sun King at Sea: Maritime Art and Galley Slavery in Louis XIV’s France. She is the co-author of Meltdown: Picturing the World’s First Bubble Economy, which accompanies an exhibition on the 1720 Mississippi and South Sea Bubbles that she co-curated (with Nina Dubin and Madeleine Viljoen) for the New York Public Library, and the editor of Reimagining the Ballet des Porcelaines: A Tale of Magic, Desire, and Exotic Entanglement.

MIT Professor of History Jeffrey S. Ravel studies French and European political culture from the mid-17th through the mid-19th centuries. He is the author of The Would-Be Commoner: A Tale of Deception, Murder, and Justice in Seventeenth Century France, and is currently working on a history of French playing cards and political regimes. Ravel co-directs the Comédie-Française Registers Project, a collaborative digital humanities venture among the Bibiliothèque-musée of the Comédie Française theater troupe, MIT, Harvard University, the University of Victoria, the Sorbonne, and the Université de Paris-Nanterre.

Kristel Smentek is an associate professor of art history in the History Theory and Criticism program of MIT’s Department of Architecture. A historian of 18​th century European visual culture, Smentek specializes in histories of the graphic and decorative arts, the history of collecting, and the European encounter with Asian art. She is co-curator of the exhibition, Dare to Know: Prints and Drawings in the Age of Enlightenment (Harvard Art Museums, Cambridge MA, September 16, 2022–January 15, 2023), and the author of Mariette and the Science of the Connoisseur in Eighteenth-Century Europe. She is currently completing a book on eighteenth-century Sino-Asian exchange, Disorient: Arts from China in Eighteenth-Century France.