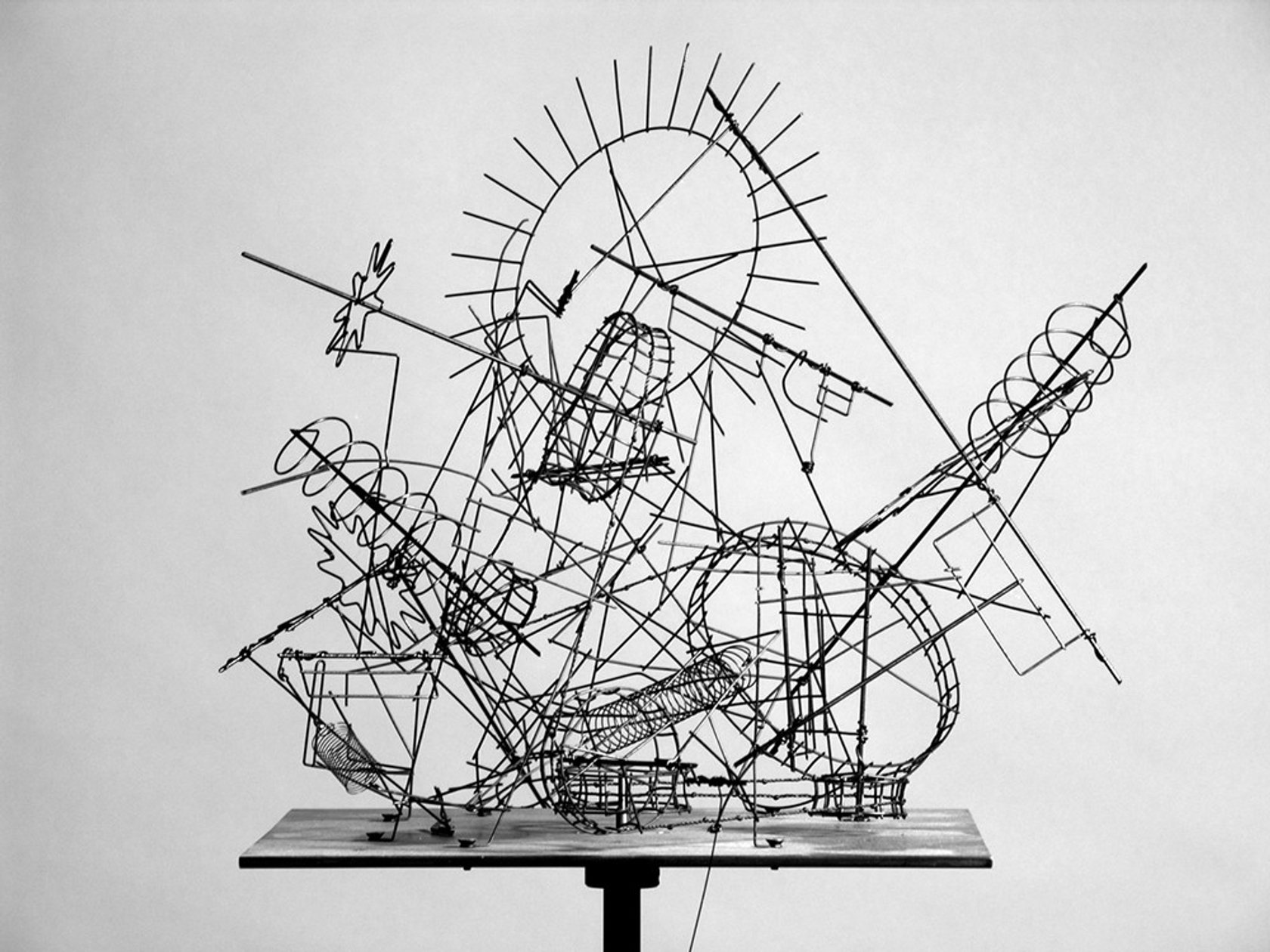 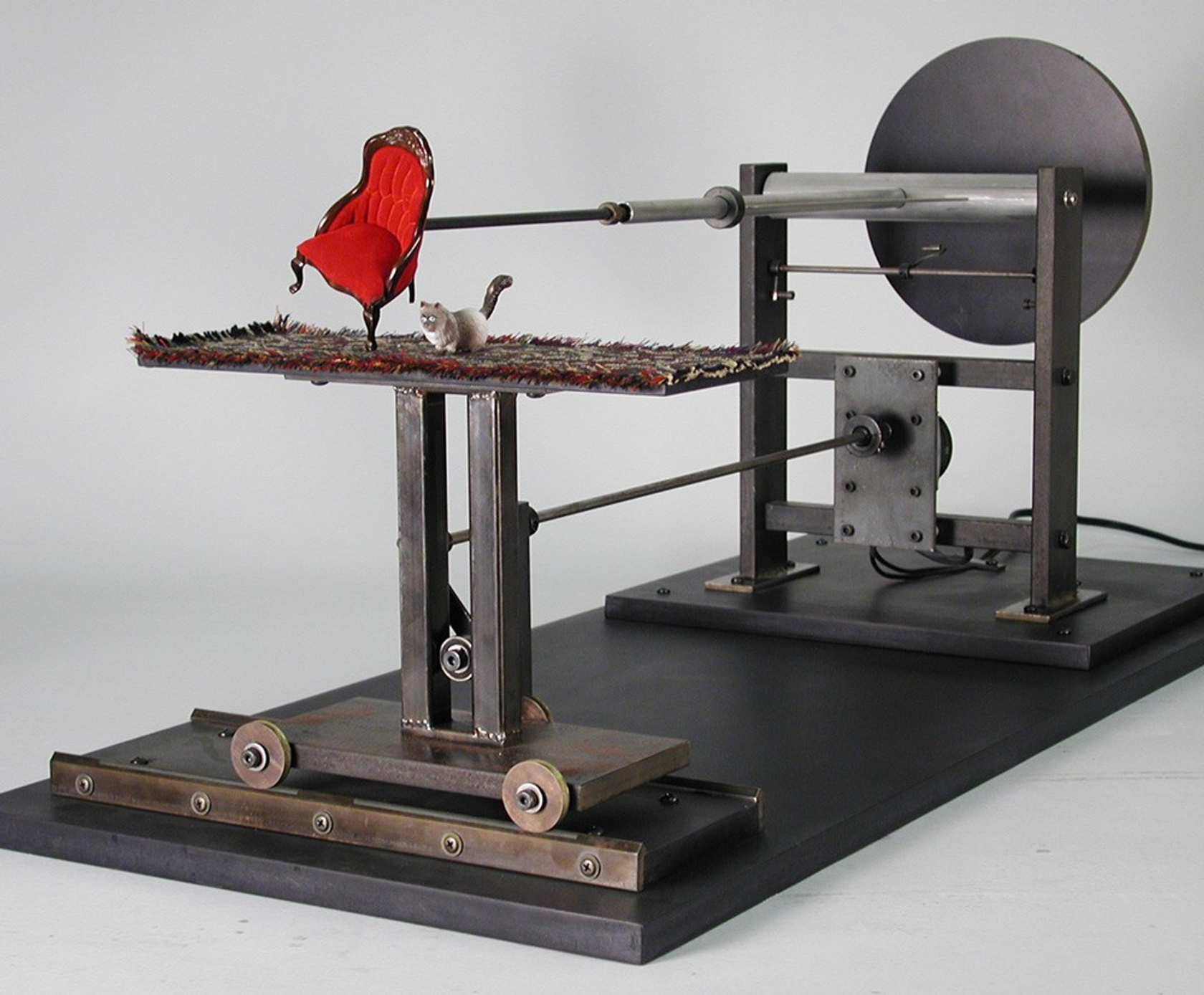 "... coax with some kind of recognizable bait, then leave the viewer to draw his or her own conclusions and thereby find personal meaning" – Arthur Ganson

Arthur Ganson, Margot's Other Cat. Photo: Courtesy of the Artist. 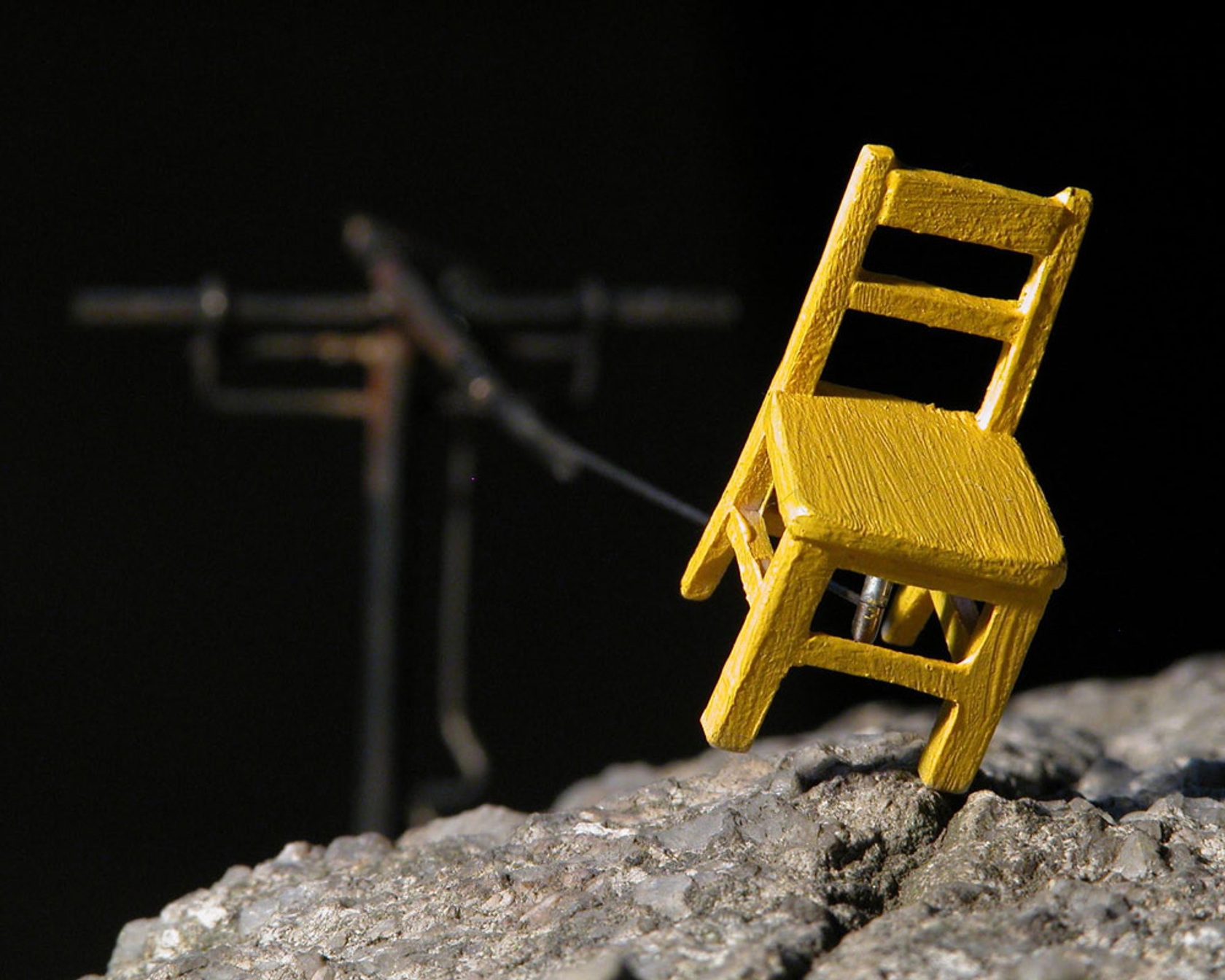 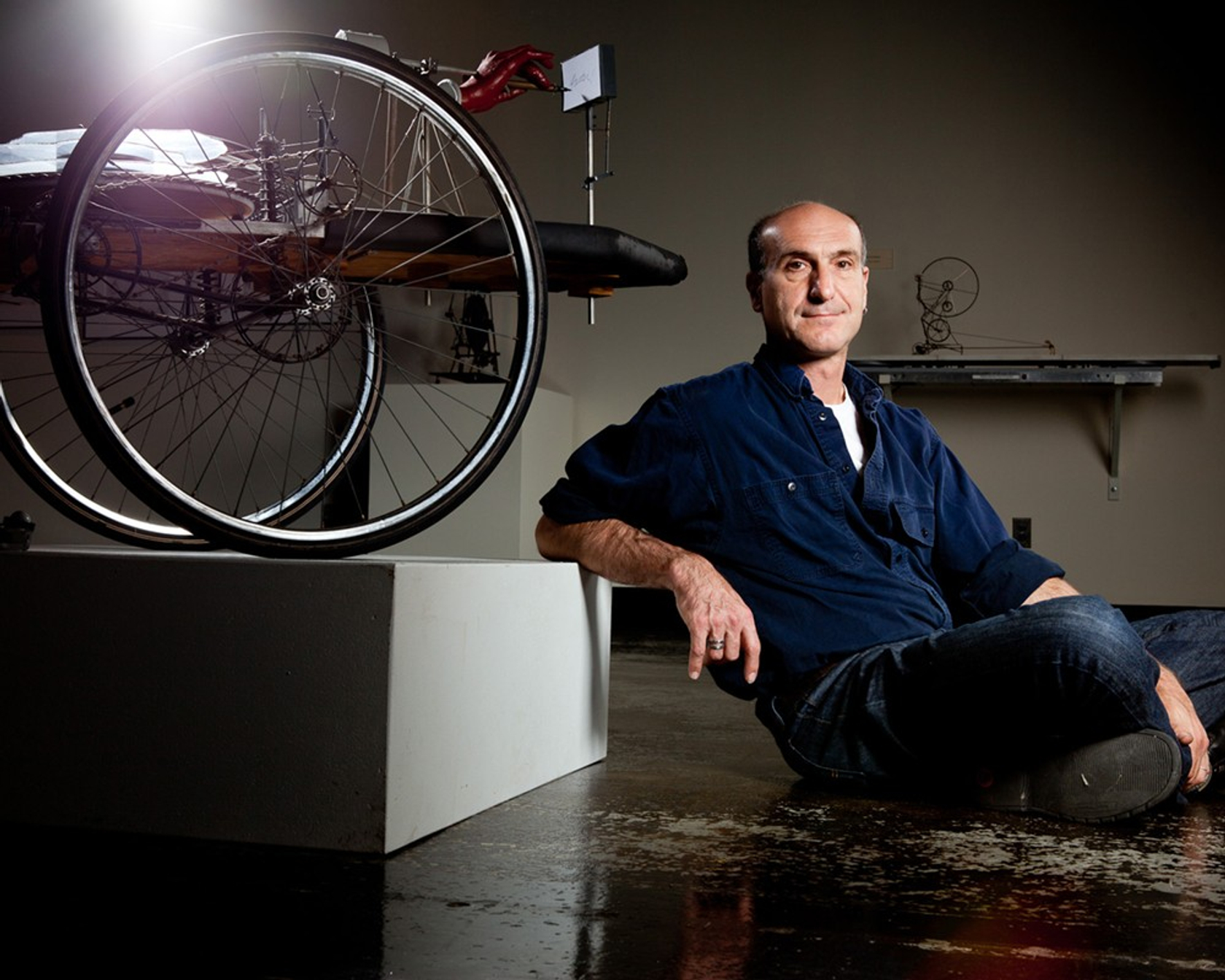 Ganson’s ongoing collaboration with the MIT Museum also includes the museum’s annual “Friday After Thanksgiving Chain Reaction,” a community event thirteen years in the running in which families and students of all ages assemble a giant chain reaction under Ganson’s direction.

Presented by the MIT Center for Art, Science & Technology (CAST), the MIT Museum, and the Cambridge Science Festival.

John Durant, Director of the MIT Museum and Adjunct Professor in the Science, Technology & Society Program

Adam Doyle, Director of Technology at the MIT Museum

Arthur Ganson sees himself as a combination of “mechanical engineer and choreographer.” His sculptures are often composed of an extensive amalgam of wires, wheels, gears, grease, paper or steel, as well as natural objects like eggshells and feathers, whose intricate interplay could be used to teach physics, especially the transfer of energy. Moreover, many of Ganson’s works move in waves, or in circles, inviting contemplation of metaphysical questions of time, change and cycles of creation and destruction. One critic has described Ganson’s work as “Rube Goldberg meets Jean-Paul Sartre.”

Arthur Ganson began making kinetic sculpture in 1977, and his work has since been exhibited in numerous galleries and museums in the United States and Europe. He has held residencies at a number of institutions, including the Exploratorium and MIT, where a large collection of his works has been on permanent display in Gestural Engineering: The Sculptures of Arthur Ganson since 1995. His work has been featured in numerous media outlets, including Smithsonian Magazine, The New York Times Magazine, and Nova: Science Now. He has been a guest speaker at universities and conferences throughout the country, such as the TED Conference in 2004 and the Long Now Foundation in 2010.

The Rumpus: Interview with Arthur Ganson: The Man Behind the Machines

International Business Times: Art In Motion At The MIT Museum

Ganson's Machines Will Be Working at Museum

The undergraduate course, “Exhibiting Science,” offered by the STS program and taught through the Museum Studio, enables students to go beyond papers and slide presentations, learning to communicate through multimedia exhibits. Credit: Elizabeth Woodward.